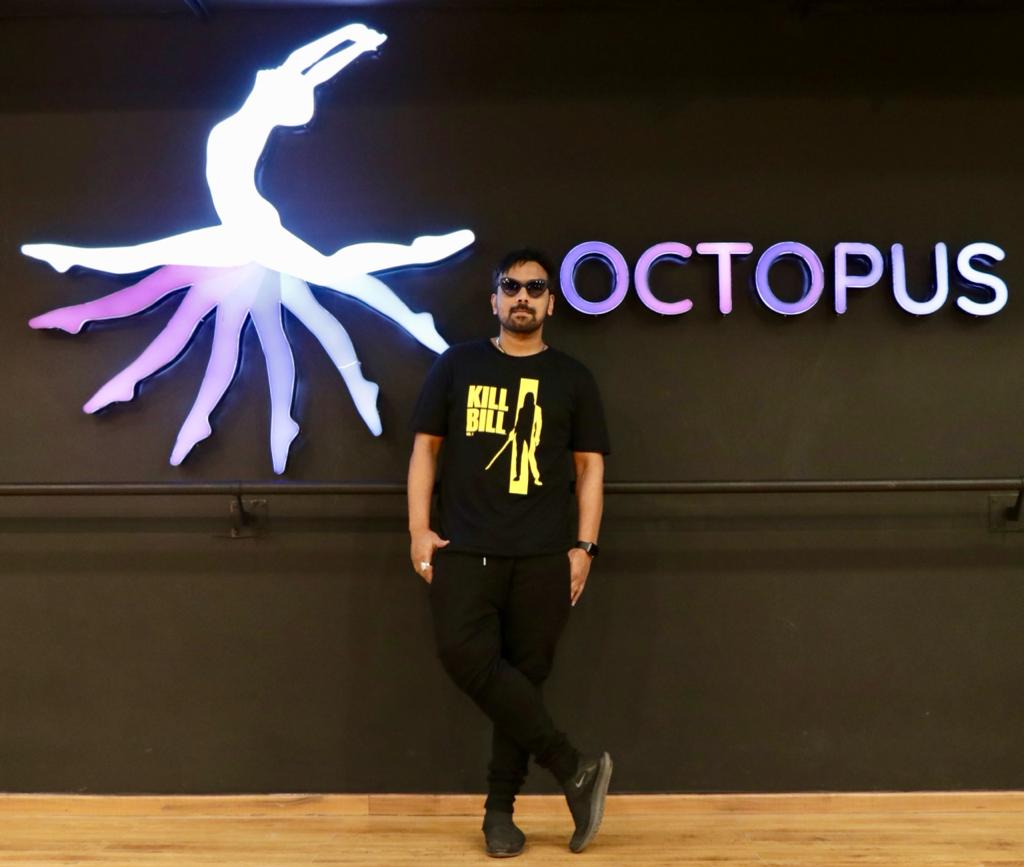 Every dream needs passion and determination to be fulfilled.He started from an extra and today he is the most successful Dancer Coordinator and Director of Octopus Entertainment. Raj has been working in industry for many years now. He has worked with many popular celebrities and many well-known choreographers. Right from Bosco Martis and Caesar, Farah Khan, Ahmed Khan to Remo D’Souza.

He shares beautiful experiences of working with these amazing choreographers.
Raj has started his career as an extra and soon became a dancer. He asked Raju Khan to train him and after the rigorous training he became a dancer to earn extra income. Soon he went to audition for Farah Khan’s Main Hoon Na film and got selected. He worked for four years in Farah’s group. He later joined Bosco Martis and Caesar and did multiple successful projects with them. Raj has worked with Remo D’Souza and Ahmed Khan as well.

While talking about the experiences of working with them Raj says, “Ahmed Khan loves me a lot. Ahmed is like a Boss. He’s very senior, his style of working is different. Even after he became a director, I continued to work with him. When I started coordination, everybody supported me. Because of my good will, I got the work that I got. I had already become close to them and earned their trust.”

Raj further says, that “In industry it’s not like you have work all 365 days. You barely get to work 50-100 days but during that time, when you earn the money you need to be very careful while spending it and need to plan it properly.

For Remo D’Souza Raj Says, “When I was doing Student Of The Year, I got the opportunity to work closely with Remo sir for Disco Deewane. I had danced with Remo sir once or twice. That time his film ABCD had not released. So, at that time he wasn’t a big choreographer-director that he is today. He is like a family to me.”

Raj Surani has worked with many celebrities closely and his almost all the songs have been chartbusters. But despite of all this Raj has always been humble and grateful for all the things he could learn from all these choreographers. His journey has been very interesting. From an extra to Dancer then a dancer coordinator then Director of The Octopus Entertainment and soon he will be debuting as a Producer. His new venture will be announced soon.

Related Topics:Raj Surani
Up Next

Your ultimate guide to different types of restaurants