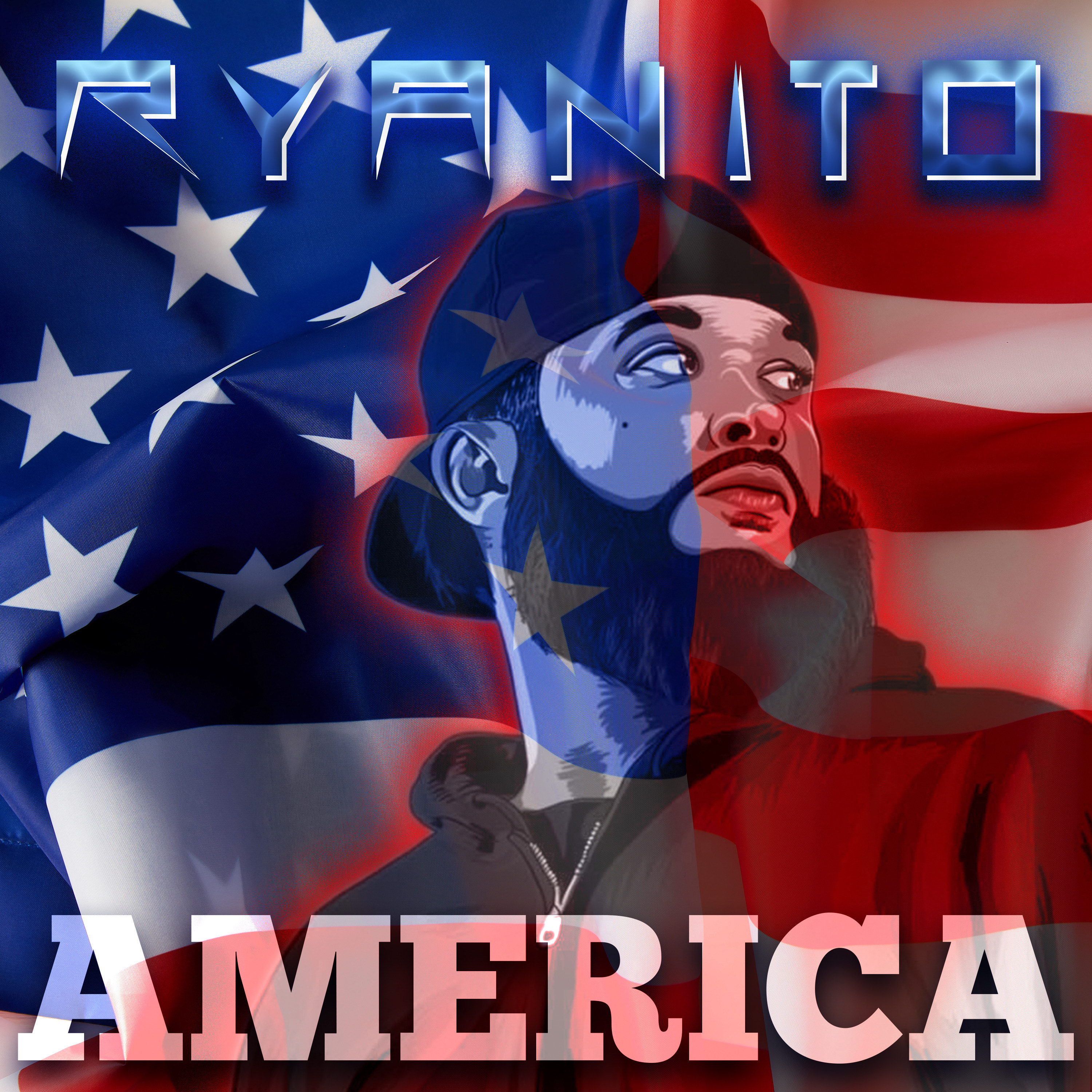 Maryland emcee Ryanito just released an exclusive NFT on the OpenSea and Artiva platforms for his latest single America. The auction of the NFT’s is open now through March 21st, 2022.

Born in Germantown, Ryanito has been a writer and vocalist since a very young age. He has always had a sense of responsibility with his music to show his unique perspective. Driven by the truth and a desire for clarity, Ryan “Ryanito” Larranaga uses his 5th dimensional flow and emanates precision with poise and purpose.

Ryanito has continued to set the bar regarding his quest to work with important members of the Hip-Hop community. His goal is to create art that is one of a kind and timeless to claim his stake in music history. With that, his latest single America is now available as an exclusive 1 of 1 on the NFT exchange platform OpenSea.

As far as past influences Ryanito was first introduced to Krs-One’s music by his cousin at the age of seven. KRS-One was the first artist that helped to inspire Ryanito’s awareness of the patterns and word play he uses currently. Nas has always been his favorite emcee not only for the undeniable lyrics and ability for music, but also for his business acumen and choices in his brand expansion and business opportunties.

From notable features with Shade Sheist, Project Pat and Agallah to performing his first album “The Cosmic Guide” with a sixty piece symphony orchestra to traveling around the world to collaborate with European producers. Ryanito continues to innovate with his music to achieve another level of greatness while pushing his creative boundaries.

In 2019 Ryanito created a collaborative album with Carisma, a classical guitar duo that tours with world renown opera singer Andrea Bocelli. The “B.L.I.N.D” album incorporates elements of Hip-Hop, electronic and classical music sounds. B.L.I.N.D. is his most successful album to date. The “Collision” music video was shot overseas in Germany and Bulgaria. The video was sponsored by German audio company Elysia. To date it has over 2 million streams in 38 countries. Ryanito’s recent release “NFT EP” was a precursor for his latest single “America”. The NFT EP featured New York emcee Agallah on the energetic track “Internet Famous” and was released on Nov 2nd, 2021. The entire project was produced by producer YKD (Young King David).

The track “America” is written by Ryanito and features singer Roxiie Reese and the Vicken Studios Choir of Argentina. The inspirational beat composition was created by producer 4Klassix.

Ryanito wrote the song with an intended message of unity in otherwise divided times. He says “I felt like in a country so divided by party, race, and whatever other way they try to divide us it was important to make a song that displays the purposed values of America from the point of view from someone who is the son and grandson of veterans and immigrants.”

As Ryanito’s music career and brand moves forward into the future, his new single America will be available as NFTs through Open Sea and Artiva. The America NFT’s will include a unique graphic with the mastered song along with additional content for the fans that purchase the NFT’s on the Opensea and Artiva platforms.