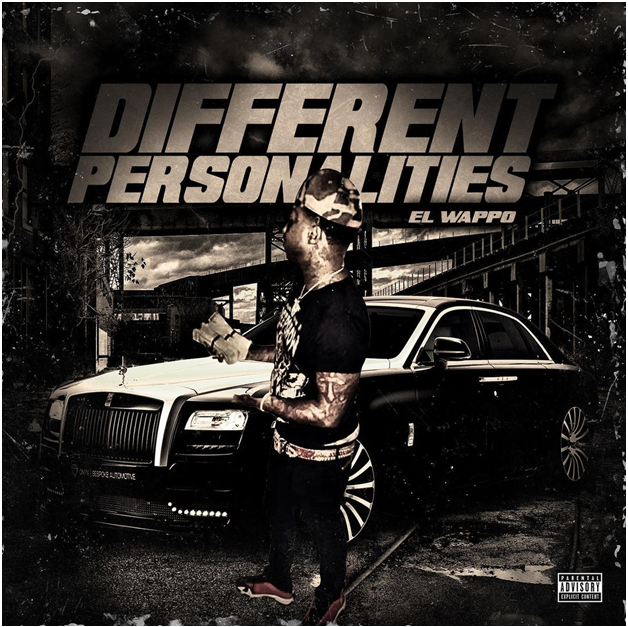 Drill music is one of the most popular forms of contemporary hip hop. Indiana’s own El Wappo is becoming a front-runner in today’s drill music scene. El Wappo has been consistently releasing high quality visuals for many years. His tracks like “Everything” and “No Time For This” have amassed almost one hundred thousand streams collectively. His recent single,  “Dawned On Me” off his recent album, “Different Personalities” is catching fire on social media and digital streaming platforms. “Dawned on Me”seems to have taken social media by storm. It has ostensibly gone viral on social media platforms like Facebook and Instagram, and within a short amount of time, Wappo has received much critical admiration from his supporters .

The song, “Dawned On Me” by El Wappo featuring Zay Mo, has garnered consistent success, with lots of YouTube users clicking that Thumbs Up button as soon as they see the video. Wappo’s growing popularity through his release of “Dawned On Me” has spurred a plethora of media brands and Instagram pages to create content using his music. The culmination of Wappo’s growing fanbase and consistent music delivery have him on a fast track to major success.

“Dawned On Me’ is a single from El Wappo’s latest project “Different Personalities.” The eleven track album is an audio rendition of a day in the life of El Wappo. Tracks like “Message” & “Arrogant MF” are gaining major support on Spotify and Apple Music. Wappo has also managed to accumulate over two hundred thousand streams on soundcloud with the release of “Dawned On Me” With this trajectory, Wappo will accumulate a few million streams on the song within the next few months.

At this point, the YouTube video for “Dawned On Me”, has attracted over one hundred thousand views. The positive comments reveal the amount of buzz the song has amongst Wappo fans and followers. It was only a month ago that the song was published on YouTube, but with the amount of views and positive feedback, you would assume it had been shared for years.

The fans have praised the cadences, hook, and theme of Wappo’s latest delivery. Wappo demonstrates a mastery of the trapesque contemporary hip hop vocal approach. He seamlessly glides across each second of a bass-heavy production and trades verses with another skilled MC, Zay Mo. For this reason, “Dawned On Me” will keep gaining momentum, as it is continually added to playlists. The soon to be viral song has already received immense support from fans across social media.

“Dawned On Me” is currently a trending song across Instagram, Youtube, and various other streaming and social platforms. Prior to it’s release, Wappo had a steadily growing fan base, but now, Wappo has seen exponential growth.It is evident that Wappo’s attention to detail and dedication to craft has paid off with the release of “Dawned On Me”.Stay tuned for more El Wappo updates and check out the visual for “Dawned On Me” now.