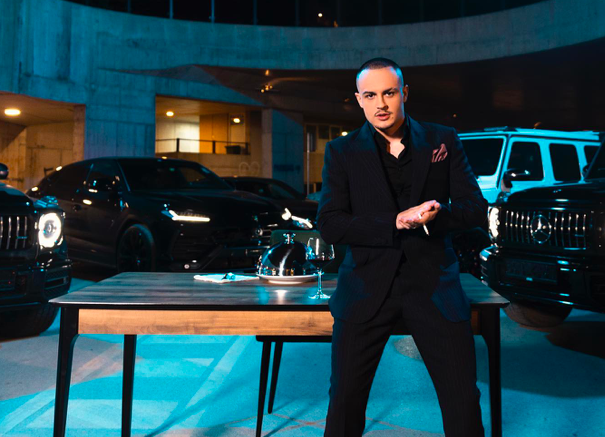 The Rise of Don Xhoni in the Albanian Music Industry

As an avid listener of European artists, I have come across my fair share of upcoming talents. While most rise and fall, there is one artist that defied all odds and broke ceilings what seemed like overnight. Xhonaton “Don Xhoni“ Isufi is a Kosovan – Albanian rap artist, who made his debut only a couple years ago. In an impressive short time span, he now averages dozens of millions of streams per video on YouTube alone. Yes, you read that right. Millions.

I was first introduced to his music when “Trust Me“ came out. While it sounded like a hit drill collaboration of multiple talented artists, I was shocked to realize it was only one: Don Xhoni. The 22-year-old is strategic with his art, mixing languages and flows. I quickly learned that he indeed does do the nickname “king of drill” justice. Topping charts in both Switzerland and Albania, he has a portfolio of collaborations with Butrint Imeri (Corazon) , Enca (Break Down That Dance) and Loredana (Gjuj Per To) – all viral.

After his appearance on World Star Hip Hop, he began to gain small, yet strong traction here in the western world, specifically in the U.S. The “stop, make a pose” phrase now belongs to him, according to TikTok and Ellen.

Why Don Xhoni Will Dominate the Rap Game in 2022

Take a look at the numbers, track record, and loyal fans. Upon glancing at his YouTube channel, he’s gathered an outstanding 223,000,000 views and counting in two years. Again, you read that right. A quarter billion.

#2 – Negative Media Cannot Take him Down

The resilience to negative media, fake news, defamation, and all dirt thrown on him has not phased him. The average artist at his level and age would normally crack, quit, and react ever so negatively that they would self-destruct. Not Don Xhoni. He has used obstacles as steps towards the top, and it is impressive to see. #PRGameStrong

It is difficult to hit mainstream status overseas, especially in smaller Balkan countries. But to organically reach audiences here, the United States, as a foreign artist, it is nearly impossible. Competition is fierce, but good music is good music, worldwide. All Don Xhoni needs is a bigger stage, and the talent will speak for itself.

As an Albanian – American myself, there is no greater feeling to see our people winning.

The above content is an unbiased, personal reflection. All music videos embedded are licensed to Don Xhoni and AVD Digital. For inquiries or requests regarding this article contact Denisa Axhami, info@theprlady.co

Fly Deezy releases new single “Up the Hill” and announces the album.

BEST OF THE UNDERGROUND : BEASTLYSLIME