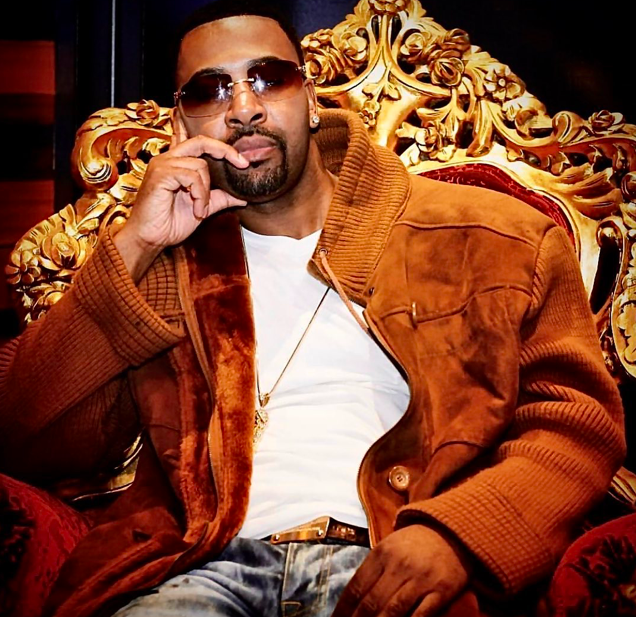 Detroit, Michigan, is no stranger to music. In fact, the music industry itself was greatly influenced from the Motown era. Artists, both mainstream and upcoming,  proudly call the city home.

Within the entertainment community stands some influential people in the music business, and one is a name familiar to those in the Detroit music scene — Floss alot.

For over two decades, the serial entrepreneur has positively impacted the music business in several forms, and has opened doors for the city’s creatives. It’s safe to say that Floss alot’s most recent accolades have begun to reform how the music business operates.

Lately, Floss alot began forming greater opportunities for artists to be seen and heard, while simultaneously gaining insight from playmakers that artists need to know and network with.

We had the honor of interviewing Floss, and getting a glimpse of his career as an artist, Federation Music Group (FMG) label, lessons from the music business, and how he is impacting the music scene through “Mama I Made It” and more.

There are up and coming artists out there that will come across this. Any advice you have for our readers?

Build a team you can trust. No artist can do it by themselves. There is no shortcuts in this business, so you have to be willing to put in the work.

Combining decades of experience from all departments in the music industry, what did it all teach you?

The industry is a “hurry up and wait” game, in a sense that patience is key when doing that million dollar deal. On that note, getting a deal doesn’t equal success. That’s when the real work, dedication, and sacrifice comes in.

Federation Music Group (FMG) was founded in 2015, and you’ve changed lives with your powerhouse label. Tell us more.

Merging over 20 years of experience, my business partners Shannon and Rico had the same vision: to build a label that would thrive off of our expertise, opportunities, and connects. Major deals like Puma, Beats by Dre, 300 Entertainment, Roc Nation, and Apple Music, are some examples of what we’ve completed in the past five years.

The “Mama I Made It” and “The Panel” concert series you’ve introduced have opened doors for upcoming artists. What is the mission / goal?

Educating, directing, and advising artists for growth. Really, it’s structured to benefit both sides of the industry – musicians and music business professionals of all positions. “Mama I Made It” is a stage that serves as an open mic for artists to showcase their talent in front of the right people, which is “The Panel”. Each artist gets a one-on-one with music executives, DJs, promoters, etc.

It may be the first time people read that you started off as Floss alot, the artist. What was he like? Describe your image, how you moved, etc.

I had a bigger image than most rappers out at the time, even before I began making music. Keep in mind this was the mid 90’s. I was iced out with a Rolex, chains, all expensive jewelry. I drove BMW 740 IL, a GS 300 Lexus and a Yukon Denali. I had the image from the start. My best friend Kay Kay inspired me to make music, so I hired the city’s best music pros. For a year straight, I was locked in the studio.

Wow, you have been in an artist’s shoes before. What are some highlights in your music career as an artist?

By 2000, I had two albums out with features from The Game, Styles P, Jadakiss, and Royce da 5”9. I performed at Cobo Hall, signed a deal with Roc Nation / Def Jam with a co-sign from Big Sean, and many more moments.

Is there anybody that you would thank? You’ve said so yourself, that no artist can do it alone.

My best friend Kay Kay (R.I.P.) since he is the reason I entered music as an artist and general industry business. Most importantly, he was the first that believed in me. With that in mind, what you put in (effort) is what you get (results) and that’s where you yourself as a brand comes in.

Get ready to spend more, save more, with Have It More!