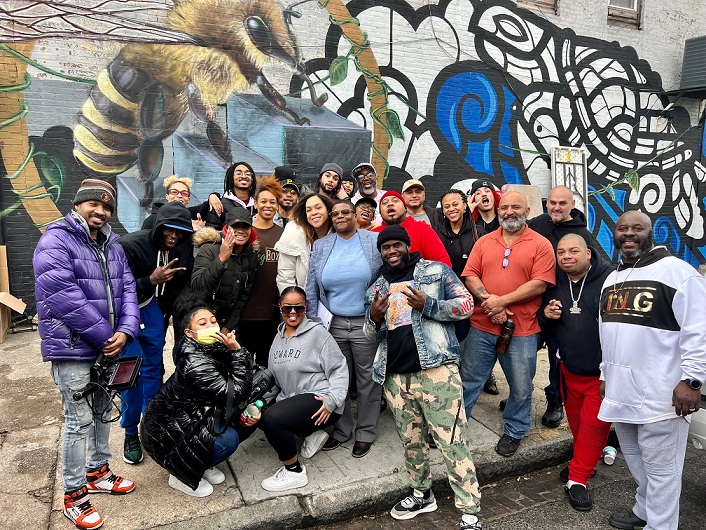 Baltimore, Maryland independent label 1924 Music Group, is ready to leave a lasting impact on mainstream music. With plans on signing the hottest up and coming stars in the game, they are creating an innovative and steadfast environment in a city that does not have a major record label. As both founders, Ivory & Jay Hawthorne (brothers), grew up in the mean streets of Baltimore, Maryland they are bringing a childhood dream of theirs to life. Their goal of being leaders of the new school era of music is coming full circle with each act that they sign. Getting a head start in the industry by signing 90’s R&B singer/vocalist Qui Qui Martin (former lead singer of the girl group Isyss), 1924 Music Group is a place where the new generation of stars can connect with artists that may have paved the way for them to be successful today.

For example, the executives at the label have fostered relationships with Grammy Award Winning producers Troy Taylor & Drumma Boy Fresh, and platinum selling recording artist Lyfe Jennings. Troy Taylor has won 3 Grammy Awards for his work with Aretha Franklin and Boyz II Men, where Fresh has won a total of 2 for his impressive work on Usher’s Usher Raymond vs Usher hit album. As they are responsible for a lot of today’s stars, sounds and musical direction, the 1924 team plans on joining the ranks of their peers and collaborators.

To ensure the success of the label, Vice President Malcolm Allen was brought on board, alongside general manager Waleed Bilal and videographer James Daniels. When asked about what makes 1924 Music Group different from other labels, Allen responded “What makes us different as a label is that we do not charge what others do for our services. We give back to the talent and the community”. Speaking of the community, 1924 recently gave back to the greater Baltimore area to ensure families had something good to eat on Christmas day. This event was so impactful that the Baltimore City prosecutor Marilyn Mosby came out to support them. In bridging music and community service together, they want the world to know that 2022 will be a big year for everyone on the 1924 team and the city of Baltimore.

To learn more about 1924 Music Group follow them on social media @1924music_group.

Iraq War, refugees, and football: the story of Muqdad Hassoo