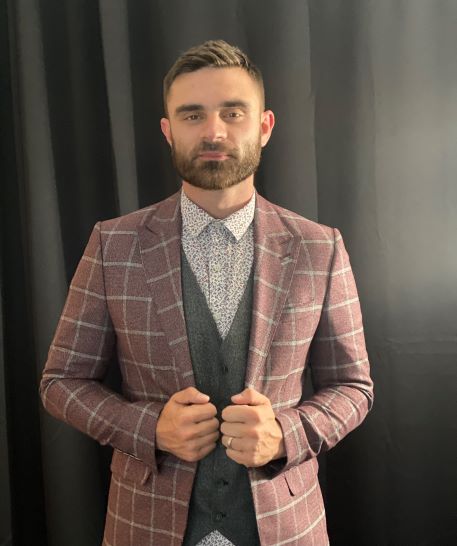 Anyone who has suffered from addiction and recovered can tell you that there is always a defining moment. It’s that time when you finally draw your line in the sand and step away from whatever has been controlling you. For Nicholas Mathews, two events took him to that place. And once there, he could finally accept the treatment he needed and eventually help others by founding Stillwater Behavioral Health.

Like many addicts, Mathews says his habit started early. His addiction began with an introduction to marijuana at age 11, pills at 14, and he was shooting heroin by age 15. When he was 18, Mathews learned that he had contracted Hepatitis C from a dirty needle, which quickly progressed into liver disease. However, Mathews was still not prompted to seek help.

Mathews says addicts have to want recovery for themselves. The pleas and reprimands of others are never enough to drive a person to the kind of help that will sustain them for the long haul. But finally learning that his body was in liver failure was one of two pivotal moments for Mathews. At age 21, he was 127 pounds and most likely going to die if he didn’t seek help.

His other wake-up call came when his girlfriend told him she was pregnant. At this news, Mathews began to straighten up his act. Growing up with an absent father, Mathews wanted better for his child. This sense of responsibility jolted him into wanting help and finally pursuing it on his own terms. Mathews says his girlfriend was not pregnant after all, and this lie that she told him ultimately saved his life.

Once sober, Mathews felt that being given a chance to take control of his life also brought a sense of responsibility. Today, he is the founder of Stillwater Behavioral Health in Los Angeles, a dual diagnosis treatment facility that utilizes various therapeutic modalities to help those struggling, cope, acknowledge, and recover from substance addiction and mental health disorders.

Mathews says his program takes a balanced and holistic approach to different therapy modalities that tailor to individual needs. During his own recovery process, Mathews discovered that many treatment centers lacked a personalized approach to the individual’s unique needs. “At Stillwater Behavioral Health, we take an entirely different approach to treating our clients. We know that not every person suffers from the same malady, which is why our experienced and professional staff deploys a distinct array of therapies to treat multiple issues ranging from drug & alcohol addiction to mental health disorders,” says Mathews.

Mathews explains that his goal is to help people learn how to exist in the world without the use of drugs and alcohol. Data shows that most people are incapable of breaking their addiction and taking back their lives without professional treatment. Mathews adds that the staff at Stillwater is trained to tackle your core trauma—the reason people seek comfort in and abuse drugs or alcohol. Once this reason is uncovered, the staff begins a personalized treatment plan that helps people achieve the self-respect and self-love they deserve as human beings.

Today, Mathews is happily married, taking online classes at Harvard and doing his life’s work at Stillwater. “All I really want is to be able to give back to my community, contribute a solution that is bigger than me and teach anyone suffering that they are not alone,” says Mathews, who knows firsthand that addiction is closely linked to a sense of not belonging.

For Mathews, his most noteworthy accomplishment is seeing people change their lives because he knows how liberating it can be. “No matter what happens, you have value. Your mistakes don’t define you, and your past doesn’t dictate your future,” adds Mathews, who says no one is unfixable.

Nicholas Mathews took his tragedy and turned it into triumph. He understands that most people who suffer from addiction need the opportunity to have someone care about them and teach them how to care about themselves. When people achieve self-respect and self-love, true healing can take place. Mathews says that Stillwater Behavioral Health is a place that can care for you until you can care for yourself.