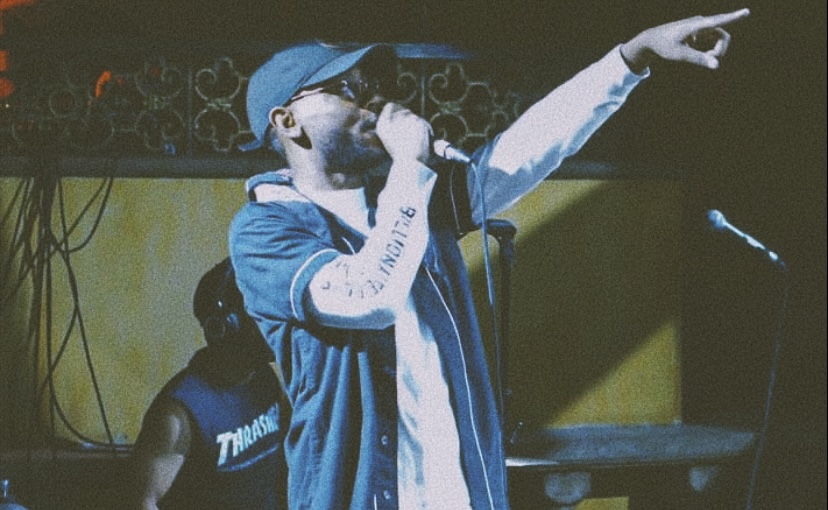 Phoenix Arizona native delivers a 10-track album filled with witty songwriting and unique genre breaking flows. Music is indeed an art form and when it comes to rapping, Dougie has mastered the art of music delivery time and time again. He started his music journey in the 3rd grade and has not looked back since.

Dougie puts his versatile approach to song making on full display all throughout the new album (“Happy Place”)  The triple threat rapper, singer, and songwriter allows us to take a brief glance through his lens  at where he’s at in life while still letting us sing along to the catchy lyrics.

Having started his music career back in 2009 with releasing physical mixtapes and putting his music out through Dattpiff & SoundCloud, Dougie isn’t new to giving us the timeless music that we’ve grown to love over the years. In 2018 Dougie decided to release his first digital album on all streaming platforms titled “Airplane Mode: Mission to M.A.R.S” If you didn’t already know, Dougie has been a force in the rap game for nearly a decade at that time.

Some stand out tracks from that album were “Nike” and “Lay Up” both songs having features (Nikes- featuring Rockie Fresh) (Lay Up- Featuring Vee Tha Rula & Mark Battles) From a few quick observations of Dougie you will quickly realize that he’s a true student of the rap game first.

Studying the greats in order to become even greater is his forte, when it comes to hard work and dedication, he’s no stranger to it. Having a competitive yet humble mindset is what continues to separate this talented rapper from the rest of the crowded pack.

In a era where newer rappers are praised for their social media antics and gimmicks, Dougie continues to stand firm on his morals and beliefs as a true hip hop artist that the younger generation can respect and aspire to be.

The west coast rapper’s new bombshell album features Hip Hop influenced production complimented by soothing vocals and candid songwriting. Dougie’s message lies in how he strives to just be positive and just be himself in his music, encouraging others to do the same in their own lives.

The songs are connected by production and message in the music, and each track will make you want to listen to the next one that follows. If you wish to listen to the album so you can stream it today on all streaming platforms, so you experience this 10-track audio adventure for yourself

How Will Pope Was Able To Make A Name For Himself.