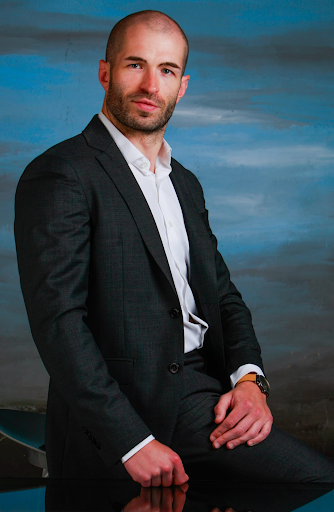 Language plays an important role in preserving the cultural identity of a country. But there are some instances when language can serve as a barrier that keeps people from forming significant relationships or a mutual understanding because not many people can understand and learn new languages that are different from their own.

But Mikel Telleria has a passion for languages that have helped overcome the language barrier that many people worry about. Eventually, he found this to be a lucrative career.

“I had many friends who were struggling with their English and asking me what my secret was, especially after I learned Romanian in a few months, so I started helping them prepare learning plans that made sense for them. At some point, someone told me I should start charging people for it, and I realized it made sense,” Mikel said.

His Business Is Language

Mikel is a polyglot and language coach from Basque Country, Spain. Presently, his career revolves around helping busy entrepreneurs and professionals learn languages quickly and efficiently, without stress or time wasted.

Today, he has helped dozens of clients solve their language-related concerns. But Mikel has already done a lot more even before he decided to establish his brand.

After getting his MA in Professional Translation, he began his career by translating content for tech giants such as Google, Amazon, and Facebook, and working in embassies and chambers of commerce in various European countries.

Later on, he decided to become a full-time language coach so he can have more control of his time, effort, and profits.

“I have been learning languages and experimenting with different methods for years, always looking to become more efficient at it. This is what I’m best at,” he said.

Getting Results By Being Consistent

Although Mikel has an innate love for languages, making his career more worthwhile for him, there are still some obstacles that he had to face. Luckily, he found the right way to solve these: through consistency.

“I haven’t encountered a problem yet in my professional life, that couldn’t be solved with enough time and work. So I just kept pushing until I got results. Consistency is everything,” he said.

Mikel added that having people who support him around has also motivated him to achieve his goals.