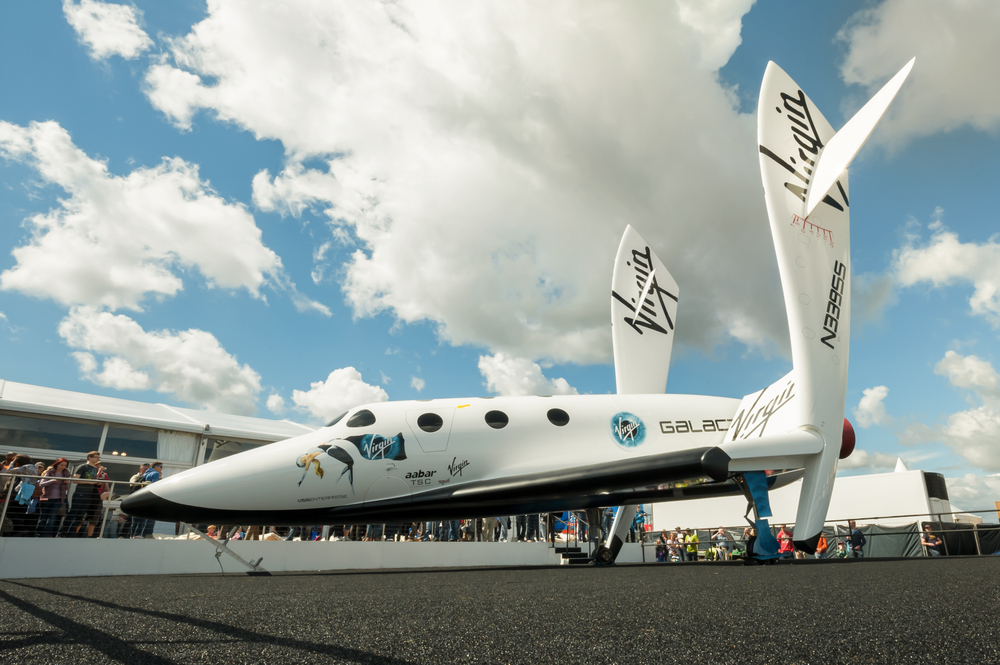 On Sunday morning, Sir Richard Branson and the Virgin Galactic team made history after completing a successful mission to space and back

After nearly 17 years of development and over a billion dollars invested into Virgin Galactic, Sir Richard Branson successfully reached space and returned safely to Earth on Sunday morning. This mission marks the fourth spaceflight to date for Virgin Galactic, with today’s flight marking this year’s second flight. This also is the first flight carrying more than one passenger.

This mission marks a return to space for both Mackay and Masucci, as well as Moses and Eve pilots C.J. Sturckow and Mark Stucky. After being released by a Star Wars-like carrier aircraft, “VMS Eve” (named after Branson’s late mother), fired its rocket engine and traveled past Mach 3 (or the speed of sound) to see Earth below it.

By definition, the United States considers pilots who have flown above 80 kilometers, or 262,000 feet to officially be labeled “astronauts.”

Moses serves as Chief Astronaut Instructor at Virgin Galactic and will handle the training for all of the company’s future customers. She’s flown to space on VSS Unity once before, during a 2019 test flight. She is also an aerospace engineer, helping to ensure her fellow passengers stayed safe aboard Sunday’s spaceflight, and ensured that Virgin Galactic collected all the data it needed because this flight will be, at the end of the day, still a test flight.

Bennett serves as the company’s lead operations engineer. He helped evaluate the overall experience and ensured the cabin equipment is in good shape.

Bandla serves as Virgin Galactic’s vice president of government affairs and research. Bandla was on board for the science, handling a University of Florida research project that involves handling “handheld fixation tubes,” according to the company.

Looking ahead to the future of space exploration, the VSS Unity is designed to hold up to six passengers along with the two pilots. Currently, the company has 600 reservations for tickets on future flights, including A-list celebrities Ashton Kutcher and Katy Perry.

One passenger, according to ABC News, has been holding onto her ticket for 15 years, and couldn’t be more excited to finally see a return on her investment. Ticket are being sold at $200,000 – $250,000 each.

After today’s successful mission, Virgin Galactic anticipates opening up space exploration for commercial service in early 2022, while it continues to test its spacecraft system. There are two remaining spaceflights for Virgin Galactic this year.

Netflix (NFLX) Announces Entrance Into Gaming Within Next Year; Contender Against Fortnite

SurfCT Hires a Chief Strategy Officer With a Global Pedigree

Andrew Rossow is the Legal Editor and Strategy Operations Advisor at Disrupt Magazine, focusing on cannabis, social justice, and technology. He is a practicing attorney and the CEO and President of AR Media Consulting. He serves as a co-founder of The Guardian Project, alongside TV actor, Mark Pellegrino (13 Reasons Why, Supernatural, Lost, Dexter). Rossow has appeared regularly on CHEDDAR TV, ABC, FOX, CBS, and NBC affiliate networks throughout the U.S. He has been recognized by Entrepreneur and Fast Company for his journalistic integrity in helping build out and grow media outlets, formerly Grit Daily News.