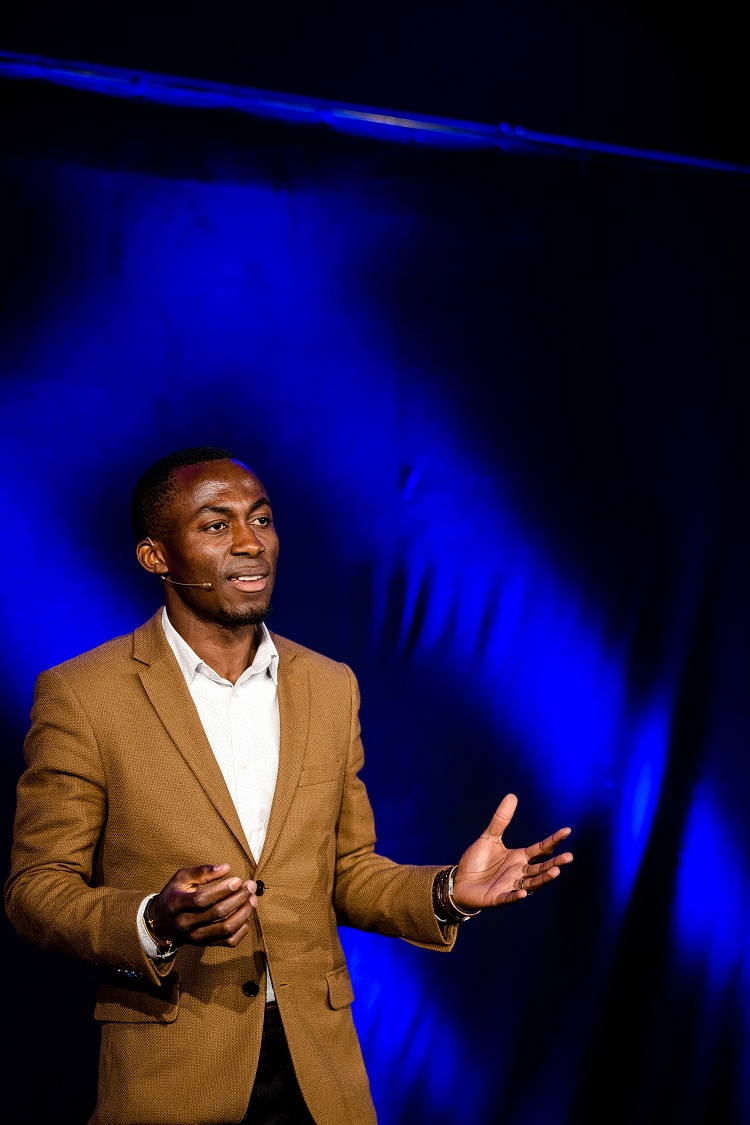 Short, crisp, concise and straight to the point: At the international speaker slam, that took place on July 16/17, 2021 in Mastershausen Germany, Roland Ngole from Kassel achieved remarkable success. After New York, Vienna, Frankfurt, Hamburg, Stuttgart, Wiesbaden and Munich, the international speaker slam now took place in its hometown of Mastershausen. There were 79 speakers from 12 different countries competing thus a new world record was set by the participants in the final.

The Speaker Slam is a speaker contest. As with the popular poetry slams where a Beat is rhymed or rapped. At a speaker slam, speakers compete against each other on a stage with their personal topics against each other. The challenge in the speaker slam competition is the fact that each speaker has only four minutes to sweep away, inspire your audience and convince the jury on stage. To present a speech in this manner that is shortened to 4 minutes, say everything that’s important, connect with the audience is probably the premier class in professional speaking. The participants need nerves like wire ropes, because after exactly four minutes on stage the Microphone switched off.

Roland Ngole from Kassel also took part in this year’s International Speaker Slam competition. Roland Ngole was not only able to tell the audience about himself and the importance of vision in our society especially at this time, moreover he was able to connect with the audience, convince, inspired the jury and  the audience with his passion and  stage performance.

With his speech, Roland Ngole won the excellence award and the winners Award.

as colorful and varied as life itself. The professional jury consisting of Jörg Rositzke, managing director of the TV station Hamburg 1, Selina Hare a radio expert, Martina Kapral from the speaker agency and the winner of the last speaker Slams, Benjamin Stocks, evaluated the performances.

The choice of topic was up to the slammers themselves. They wrote their texts independently and

had to decide whether to focus on general social issues or specific topics.

The challenge of the competition consisted in the speakers striving to connect with the audience and the expert jury. The speakers had to strive to pick up the audience where they were, lead, convince and inspire the audience for their topic. All of that had to be done in just four minutes.

For more information about Roland Ngole and his programs, please visit: https://www.facebook.com/Rolandngoleofficial Or, you can find him on Instagram.

Shawn Meaike, the founder of Family First Life speaks about his motivation to change the life insurance market: