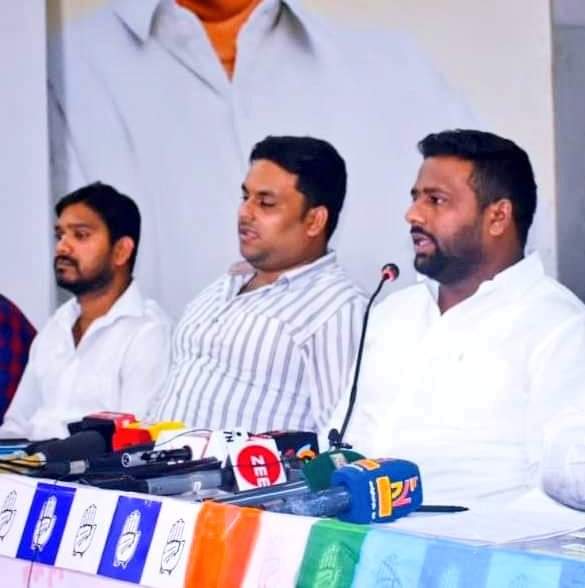 Narendra Modi’s cabinet reshuffle has become the topic of criticism and debate in the first week of July. In one of the biggest ministry expansions in India’s history, 36 new ministers have been inducted, seven promoted to Cabinet rank, while 12 sitting ministers have been opted out.

Roshan Lal Bittu, the Bihar State in-charge of NSUI, Maharashtra has been very critical of the BJP government since 2014. This time, with the controversial cabinet reshuffle, he has more perspectives and biases to add on to the decision taken by the prime minister, Narendra Modi.

He expressed his disagreement with the new choice of ministers through a tweet that said, “Caste & regional balance was kept in mind while appointing the ministers. But why didn’t merit & talent considered in these appointments?”

In a major surprise, several ministers, including Health Minister Dr Harsh Vardhan, resigned from the Cabinet ahead of the oath-taking ceremony of the new ministers.

The reshuffling of ministers can be welcomed for a new beginning. But as Roshan Lal Bittu sees it, the reshuffling won’t solve the problem that the country is facing at such a time. It would have been much better to replan and reschedule the Covid-19 handling under the same ministry who had faced the first phase of pandemic for a proper second response to the horrors of the pandemic.

“Indeed it’s a tactical move from the prime minister, Narendra Modi to whitewash the criticisms and misdeeds carried out by the previous ministry that resulted in major financial setbacks, corruption cases and the dangerous Covid-19 second phase, which was the result of not properly preparing for another wave of the pandemic. The prime minister was left with only this choice to save the government’s face this time, with protests going on against the petrol price hike. It’s always the supporters who are punished if something goes wrong, rather than owning up to the mistakes that have been committed”, says Roshan Lal Bittu.Tweet https://twitter.com/RoshanLalBittu/status/1413002009960017925?s=08

Commenting on the performance of the ministers, he adds, “If the ministers were shown the way out because of the disfunction of the government and bad performance from the ministers, then the first one to step down should be Finance Minister Nirmala Sitharaman as the economic growth was reduced to minus 8% now. With government sectors being put on sale every now and then, it shows how much inefficient the ministry of Finance is.”

With leaders like Mansukh Mandaviya, who has made foolish controversial statements over twitter, being appointed as ministers in the cabinet, Roshan seems skeptical about the future of the parliament and the Covid-19 crisis being handled in a proper way.