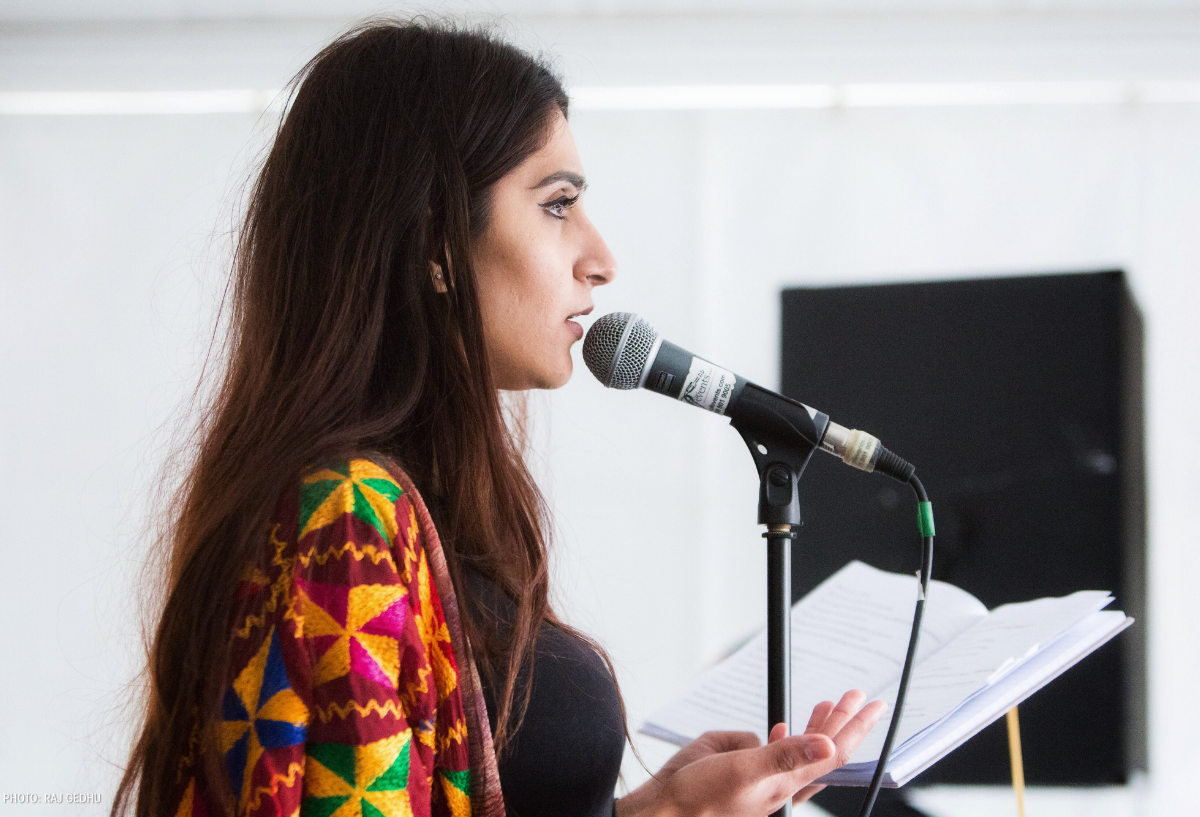 Ruby Dhal is an entrepreneur, content creator, and the bestselling author of five books of poetry and prose. She has a social media following of over 500,000 people with millions of impressions on her posts each week.

Readers around the world turn to Ruby’s content to find healing. Outside her own platforms, Ruby has written blog posts for notable women’s health, lifestyle, and wellness magazines. She’s also been a guest on podcasts and a host for writing and mental health workshops. When she isn’t writing, she performs at poetry nights and advocates for charities.

When Ruby was only three years old, her family immigrated to the United Kingdom. Within a year, Ruby and her brother lost their mother. Although their dad did his best, Ruby always felt alienated from the world because of her experiences.

Ruby turned to books as a form of escapism from her reality. What started as an escape quickly became a love for reading and writing. Even at a young age, Ruby knew she wanted to write stories for people to read.

She was a part-time worker and a full-time student working on her master’s degree when she decided to work on her first book and build her online platform. During this time, she started an Instagram page as a way to heal from a few hurtful experiences.

What Ruby didn’t expect was that within a year, her social media account would gain traction beyond her wildest dreams. Several of her posts went viral, gaining shares by well-known celebrities and personalities.

While she shared on her social media, she worked on the first draft of her novel. When her following increased momentously, her plans took a detour. Readers began to reach out to her to tell her about how meaningful her content was to them.

In 2017, Ruby published her first poetry book. She used £250 to pay for the interior and cover design as well as some printing and distribution through IngramSpark. In the first month alone, she sold 350 copies of her book (despite the fact she had barely any followers at the time). Since the average novel only sells 900 copies in its lifetime, Ruby felt really good about her sales.

After publishing her book, she created a separate book account and put the proceeds from her book into the account. She used a certain percentage of her sales to purchase Facebook ads. As those ads contributed to continued sales, she purchased more ads, always making sure she had a certain amount in that account in case the following month didn’t go as well.

That was only the beginning. Today, Ruby is one of only seven South Asian women in the world to be featured in Harper’s Bazaar Writer Hotlist, where she was featured in 2017. She’s sold over 30,000 copies of her books this year, including 20,000 copies of Dear Self, which propelled her onto the bestseller list.

Ruby writes content about love, heartbreak, moving on, letting go, healing, and mental health. While she continues to share content online, she is working on writing her sixth book. This upcoming book will be her first published self-help book.

She has seen the power of raw and honest words shared online and hopes that her words continue to help others on their healing journeys. In addition to sharing on social media, Ruby creates easy-to-digest YouTube videos, a monthly blog, and a newsletter. She also offers one-to-one healing sessions on Zoom and workshops at schools and universities.

Over the next few years, Ruby wants to keep writing and publishing books. She hopes to build her audience to one million. She gets up each day energized knowing that she gets to do what she loves. She is living her childhood dream of being a writer, although it sometimes looks a little different than she imagined. Although she never dreamed she’d be sharing raw truths online, she’s touched hearts around the world with her authenticity.

Best of all, Ruby has discovered that she really can make the world a better place, one word at a time. She will continue helping people around the world as they embark on their own journeys of healing.

Mahmud Al Smadi Shares His Success Story: How He Rose From a Hairdresser to Owning His A Skincare Brand