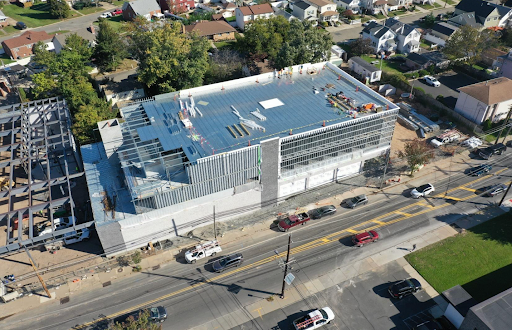 Ryan Blank and the Poverni Sheikh Group has successfully closed on the self-storage project in Woodbridge, New Jersey. Blank who is works on business development and investor relations was also an early investor in the self storage project. Blank has rapidly become a known face in the self-storage industry working on new deals and bringing in outside capital that has led to numerous developments up and down the east coast.

Located at 112 New Brunswick Ave., the development sits on 1.89 acres of land. When it was completed earlier this year the facility provided 96,600 ft.² of self-storage, as well as 3700 ft.² of ground for retail use.

The deal ended up moving forward because the densely populated location was a great fit for a much-needed self-storage facility that would instantly begin filling up. Blank found this as an opportunity for the project to take off and grow in a heavily trafficked area and even before the project was completed an investor came in and bought the entire project contingent on it’s completion.

Self Storage Interest On The Rise

The growing self-storage industry is one Blank has found success in while working with the Poverni Sheikh Group. While there have been some small hiccups in residential and retail, the self storage space has continued to grow exponentially.

In densely populated areas, space is even harder to come by. Maximizing opportunities to build self-storage facilities that nearby allow people to have easy access to what they put in their unit. Customers heavily consider location when shopping around for the right facility. With land cheaper on the outskirts of town, having a large self-storage facility closer to residents creates a major selling point.

Once the location in Woodbridge was secured, Blank acted quickly to start raising funds to get the project going. The equity closing was in October 2019, while the project acquisition was in March 2020. Investors were delighted when Public Storage (PSA) sent over a purchase agreement at a price of $23,500,000 a substantial increase from the 15 million in construction.

As the construction almost finished, the only thing that was needed on the project was the interior work and systems inside the facility. Post-construction, the occupancy permit has been issued and the lease-up started.

Everything regarding the project was within budget. Some of the expenses of the project included engineering fees, architectural and general contractor fee. Blank was able to help  secure those who invested early on in the process with a substantial return on their initial investment from the end of 2019 and paid out in early 2022.

His specialization over the years has been in the Mid-Atlantic region of the United States. The area continues to grow, creating a constant need for new storage units capable of living up to the standards so many are used to. Storage facilities help to take care of very important and expensive items. Blank ensures all the group’s self-storage projects live up to the lofty expectation set by his past.

He believes that as demand continues, it takes a lot of research and knowledge to find the right locations and take care of everything from funding to final construction. While some investors might see an opportunity to make money quickly and throw together projects, Blank knows how to achieve results that last and is showcasing a track record right out the gate.

Look for Blank through the Poverni Sheikh Group to continue putting together self-storage opportunities.

Ryan Blank runs business development and investor relations at the Poverni Sheikh Group. He is in charge of growing PSG’s capital partnerships, specifically with self-storage. He has extensive experience working for internet and financial factoring start-ups, while also working in real estate investing throughout his life. An avid poker player in his spare time, he’s participated in several professional tournaments including the Main Event at the World Series of Poker.