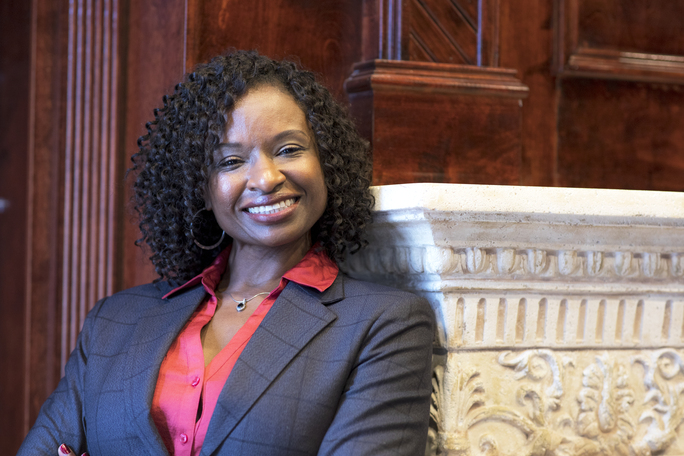 Everyone wants to build a successful business. However, few people are determined to put in the necessary work to get there. Many self-made millionaires will tell aspiring entrepreneurs that the road to establishing a thriving business is a daunting task. Successful entrepreneurs will remark that their roots are bitter most of the time, but when it bore fruit, entrepreneurs will enjoy the sweetness of success.

Entrepreneur Sandy Sanders is very familiar with the twists and turns that an aspiring entrepreneur must travel to achieve the desired results. Sanders said that days might fly by that they may not see any fruits from their efforts. “It is natural. A successful business takes time to grow,” Sanders explained. “Growing a successful business is not like making microwave popcorn; instead, it is like cooking a sumptuous roasted turkey!”

Sanders’ rise to entrepreneurship success is all about a tale of rising from the rubble of setbacks. Her story serves as an inspiration to women experts and digital entrepreneurs. She is proof that gender has nothing to do with business success. Women can also be successful entrepreneurs if they put their heart and mind into it and have a cloak of courage to push through with their business dream.

Getting To Know Sandy

Before becoming an entrepreneur, Sanders started her career in the corporate world, handling sales strategy and execution for many years. She worked for a Fortune 10 company earning an executive level income. With six-figure corporate earnings, Sanders was doing well raising her two children by herself while enjoying a good life. She drove her luxury BMW SUV to work daily, coming home at night to her beautiful home. One would say that she was living a fulfilling life.

However, Sanders admitted that she was unhappy with her work despite the six-figure salary and comfortable life. “Honestly, I hated my job. Going to work every single day was a struggle for me. I absolutely dreaded everything about it. I loathed Monday mornings,” she recalled. She confessed that she felt stressed, overworked, burned out, and unproductive with her corporate job. She continued by realizing that the company’s leadership did not consider her for additional promotional opportunities. Although she performed very well, she was unknown to senior leaders.

Setback That Propels Her To Success

Sanders shared that her career and life went on a downward spin-in 2008. She was greatly affected by the global financial crisis. In 2008, the world was severely hit by a worldwide financial crisis. In the United States, it was considered the worst economic disaster to hit the country since the 1929 Great Depression.

Sanders narrated that the 2008 recession shook her life. Due to the economic condition, she took a 60% pay cut in 2009 and took another 50% pay cut the following year. She used to have a comfortable life, but now she found herself struggling with her financial needs. “To make ends meet, I took odd jobs. Over that period, I lost my home to foreclosure. I had to look for an affordable apartment just to have a place to stay for my children and me,” she said. Moreover, she had to sell her luxury car because it was no longer practical to continue paying the car note.  She decided to buy a cheap car at an auction, only for her to be stuck on the side of the road as she was driving it home because the transmission failed.

The 2008 economic hardship changed so many things in her life. Sanders recalled the moment that she sat on the side of the road feeling like a complete failure, defeated, helpless, and hopeless. Sanders said that she could relate to most people’s pain due to the pandemic’s economic difficulties. “I understand how they feel because I was once like them. I struggled financially before and tried to keep myself afloat despite the uncertain times,” Sanders said.

It was a critical moment in her life, saying to herself that enough was enough. “At that point, I decided that I would never be in this place ever again regardless of what happens with the economy in the future. I was determined that I was going to discover how to achieve sustainable success,” Sanders said. She knew that some doors might have closed, but a window of opportunity is emerging. It was time for a monumental change in her life.

Rather than contemplating on factors beyond her control, she decided to take full control of what she can control – her life. “My journey to discovery started. It allowed me to find the path, the secrets, the real strategy, and the system to become successful. I learned not only to achieve whatever goals that I have but also how to recession-proof my career. And it propelled me in attaining financial reward by doing what I loved,” Sanders continued.

By 2012, Sanders uncovered the system to success. She started operating in her purpose, and her career began to explode. “I tripled my income, allowing me to pay for my new home in cash that same year,” she said.

Sanders called that step-by-step system the 3 P’s To Success. The 3 P’s stand for Purpose, Plan, and Preparation. “The system changed my life. Since then, it has exponentially increased my income ten times. I landed six dream roles and promotions since the last recession. It allowed me to become purpose-driven, and now I get paid to do what I love,” she explained.

In 2019, Sanders left the corporate world to start a coaching and consulting firm. Since then, she has transformed that startup into a multi-six-figure business by helping entrepreneurs accelerate their business growth and build their dreams.

“There are many women experts and entrepreneurs out there. They are experts in their crafts, but the problem is they are not salespeople, so they do not know how to sell their services, especially high ticket offerings,” Sanders remarked. She added that they are good at engaging on social media, executing the right marketing activities, sharing valuable content, and delivering impact.

“However, I notice that they fail to convert browsers into buyers, meaning they can’t close the client. No business will exist if they don’t make and grow their sales. That is why I am here – to simply teach them how to make more money by gaining confidence, improving their consultative selling skills, and increasing their close rates,” Sanders said. Last year, she successfully assisted many clients in their sales execution, transforming their business from zero to six figures and six to seven figures.

Synergy and diversity: Through the eyes of a young Enterpreneur

Michael Atma – A spark of incredible inspiration who is serving humanity by bringing them close to spirituality and splendors.