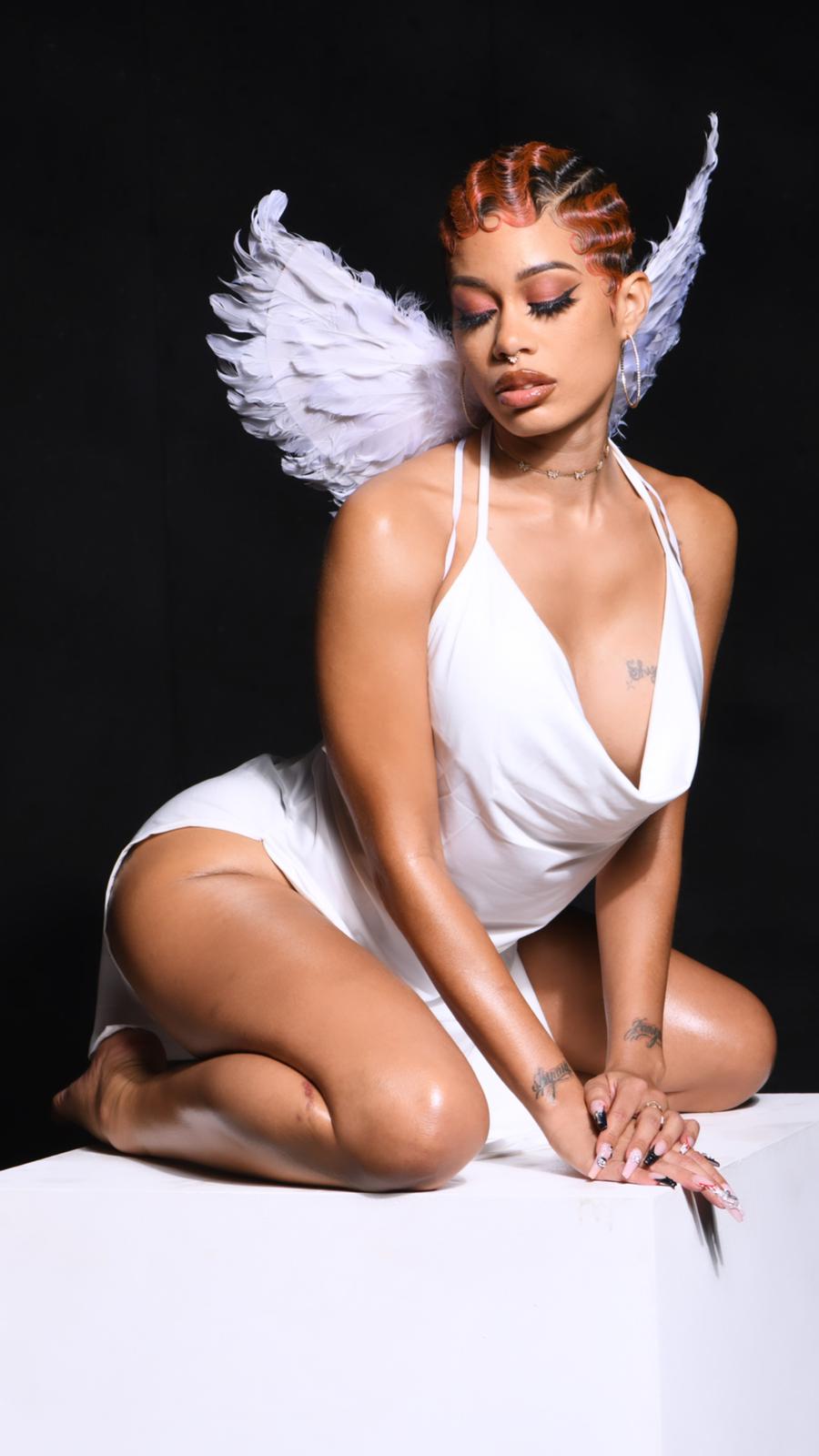 Jasamine Banks, the Betty Boop of OnlyFans thanks to her natural beauty and short, styled hair, had just watched a video of herself being sexually pleasured by fellow OnlyFans star and star of “Love and Hiphop” Alexis Skyy with a cucumber go viral.

And neither scandal was going to kill her joy.

Initially, Jasamine was contacted by a female representative who worked for a guy who allegedly helped models grow in the industry.

Jasamine agreed to meet the guy, who must have been somewhat charming, because she signed a contract giving away 20 percent of her income and agreed in writing to do shoots exclusively with him.

“There was probably some other bullshit too,” she said, her distaste and memories now sour in her throat.

But we are talking about a member of the U.S. Army. Sure, she might have been discharged, but those initial weeks helped make her tough. And the fearlessness she felt as a sex worker paired naturally wit that strength.

“I’ve tried others ways of making money but nothing flows like sex work,” Jasamine said. Except when she was getting screwed out of her money. She works hard for every penny, and she doesn’t take kindly to having a member of her crew try to stiff her.

The guy she knew as both Coop and Levi (“He probably goes by some other names I don’t know about,” she said.) was not going to crush the lovely Jasamine Banks.

He made way too many mistakes trying.

“He started acting weird and in love with me, but as soon as I did something he didn’t like he would verbally abuse me and threaten to take away everything,” she said.

Then he made the mistake of actually trying to take everything she had worked for so hard for so long.

“He locked me out of my pages and tried to [embezzle] my money,” Jasamine said.

But she knew some insiders who hated seeing women get screwed over any more than they already do in the sex industry.(It is not known for equity, and women are rarely paid the same or more than men.)

“Ms. B. Nasty, who has a huge platform and is an advocate for the safety and proper treatment of sex workers and people in general, found out about what he did, and exposed … him,” Jasamine said.

She’s come a long way since she posted her first post, and those scandals? They are far in the past, no longer causing her any grief.

There are several video interviews featuring Jasamine on YouTube, but she can also be reached at www.Onlyfans.com/jasaminebanks on Instagram at @goddessjasaminebanks, on Twitter at @Jasaminebanks, or on Snapchat at Jasaminebanks01.

Related Topics:Jasamine Daniels
Up Next

KickFollower-How to Increase IG Followers with an IG Growth Agency