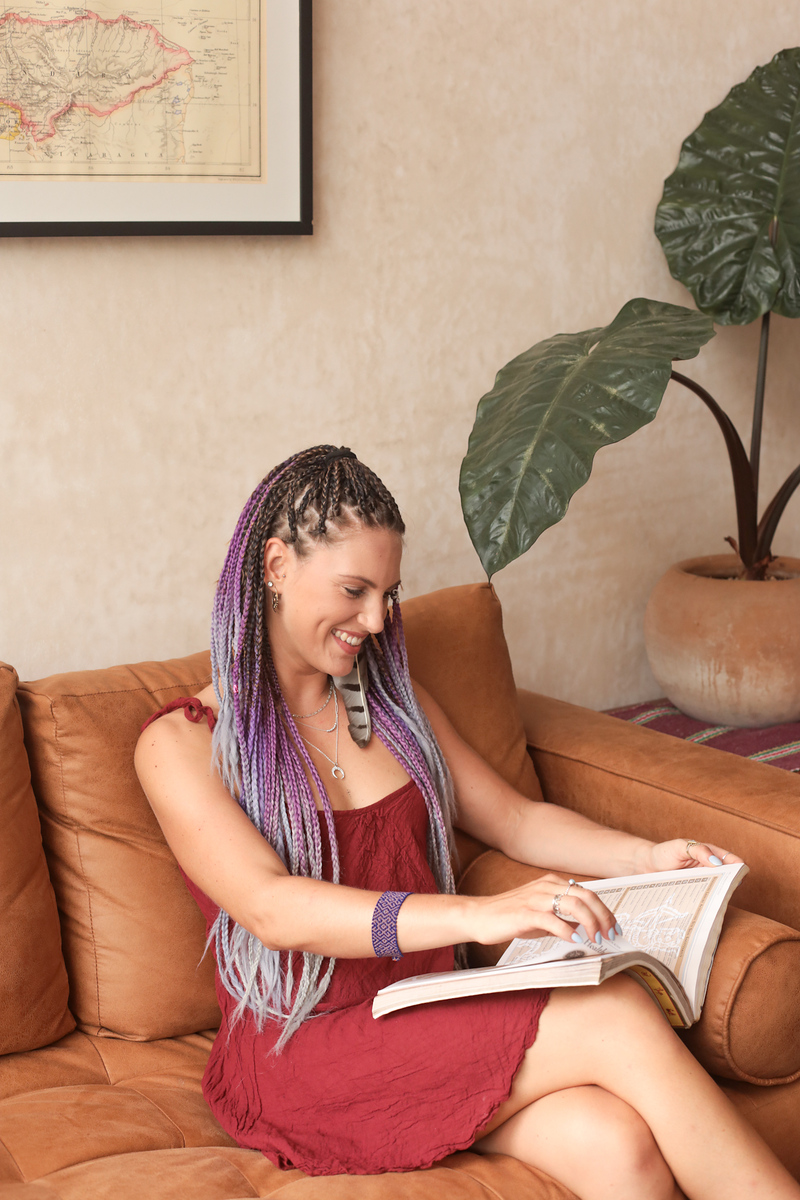 All of us are doers, innovators, and game-changers with unique passions and big dreams. Aren’t we? And that’s truly awesome…except when the thought of achieving our goals feels overwhelming. But no worries, we’ve got this! Nothing is too big to achieve, no matter how daunting the dream feels.

Karina Dharma, is a Manifestation Witch, Spiritual Business Coach, & Mindset Mentor for spiritual entrepreneurs. She shows us exactly how you can stay calm, confident, and organized and still be able to make your dreams a reality.

Karina’s goal has always been to help others, especially women, to see that they can manifest and create any reality that they dream of. A nomad since 2014, traveling to over 45 countries solo, living in Australia/New Zealand, and working as a yacht crew on Superyachts for the rich and famous; she has manifested many interesting things into her life. And that includes her thriving business too!

But all her success didn’t come easy. She worked relentlessly to save enough money so that one day she could go off on her own.

It was after her college year that Karina had to take the biggest leap of her life and go away to university for the next 3 years. Her life took a total shift the day she graduated as a Psychology & English major. It was the day she booked her one-way ticket to Australia.

Initially, she had planned to stay for one year to study and become a high school teacher. But after spending a year down under, being completely free & independent, she realized that it was her true calling. And then there was no going back!

She set off on an adventure that turned into two years living on the Sunshine Coast in Australia, and then two years living in Auckland & Queenstown, New Zealand. Karina spent 3 years working on Superyachts & traveling to countries as a solo female traveler in between.

Despite being a successful entrepreneur, Karina hasn’t stopped dreaming.

She has huge goals and ambitions to be a multi-millionaire and even a billionaire one day, and she is not afraid of aspiring for such big goals.

Her eventual aim is to be a leading and sought-after coach, sought-after speaker, retreat host, and multiple best-selling author. Currently, she is focusing on business coaching and sees herself creating a membership with this, that will generate 30-40K months and eventually million dollar launches.

Surely,  the path to success is paved with seemingly insurmountable obstacles, but you can’t lose heart. All you gotta do is stay strong, stay focused and be humble.

Barry Kibwika, More Popular As Harnun Has Excelled Well In His Line Of Work.