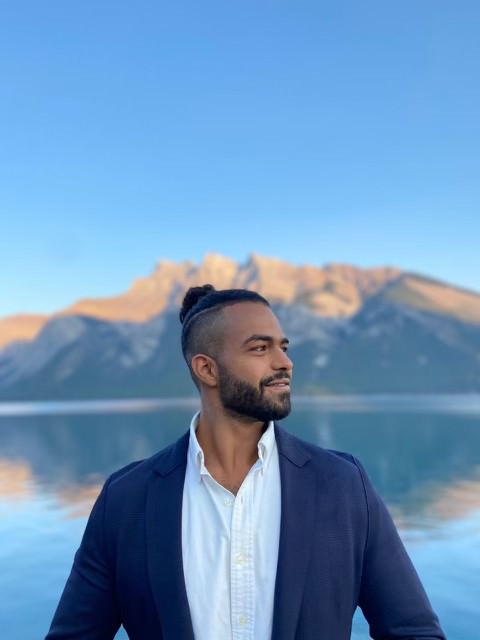 Seif Yousef was born and raised in Cairo, Egypt. Since turning 10, he has spent every free day he had around the Red Sea in Egypt. After turning 12, Seif had already learned scuba diving, and by the time he was 15, he was an advanced open water diver with over 50 dives. Seif loved the corals and the reefs of the Red Sea, which he believes are the most impressive and healthy corals on the planet.

Scientists believe that they might hold the key that helps them understand how they can save the rest of the corals as they have such resilience to heat that even though corals all over the world are suffering they are still thriving. So, Seif eventually went to college to get an education and ended up returning to the Egypt coral reefs when he was finished with schooling.

Time passed and the first thing he wanted to do was visit the Red Sea and re-experience the corals, the reefs and all the activities he did in his teenage years which definitely shaped him into the man today. That’s when things got a bit twisted, Seif went back to the reefs and corals that he remembered for being abundant in colors, fish and all the marine life one can imagine… only to find them in an extreme decline.

The reef that had 50 colors now had only 10, the reef that had 10,000 fish and other magnificent sea creatures now had merely 1,000. Seif was devastated, and that’s when he decided he needed to do something about it. The worst part was that the corals and fish were dying due to human activity such as littering, stepping on reefs, chasing wildlife, touching wildlife, increased boating activities close to the reefs, lots of terrible fishing practices and just everything. Most Egyptians don’t understand that their actions lead to the death of so many animals, and there is no awareness yet around those issues.

So, Seif decided to take matters into his own hands and started doing beach cleanups and coral cleanups alone and along with some friends he knew. Fast forward one year, and Seif launched an initiative in The Red Sea called Thalassains.

In Seif’s own words:

“We simply have one mandate, and one message. Guard the Ocean. We do multiple beach cleanups on a weekly basis, and continual awareness campaigns to get the people to respect the ocean. So far we have recovered more than 750+ KG of harmful plastic and marine debris from the Red Sea, and we aren’t stopping anytime soon. In order to keep going we do limited product releases that help us raise funds to keep our operation going. So if anyone wants to help follow us @Thalassainsco and stay tuned for our product launches. For every product purchased we promise to recover at least 1KG of plastic from the Ocean. So help us preserve our oceans, if we lose them we lose all of the world.”

Regarding role models he looks to in order to achieve success, Seif looks up to his mother and Prophet Muhammad (PBUH). Muhammad’s life taught Seif how to always be fair and just in whatever you do, and how to really give and give. With no boundaries. Even though it’s hard, it’s how he tries to live his life. Abundance is everywhere and from everyone.

Seif also loves Dr. Ben Hardy for tactics on how to change your behavior and be better. The Sea is also naturally one of Seif’s biggest role models. It taught him everything, the stillness of it, the roughness of it, and the capacity it has to endlessly give.