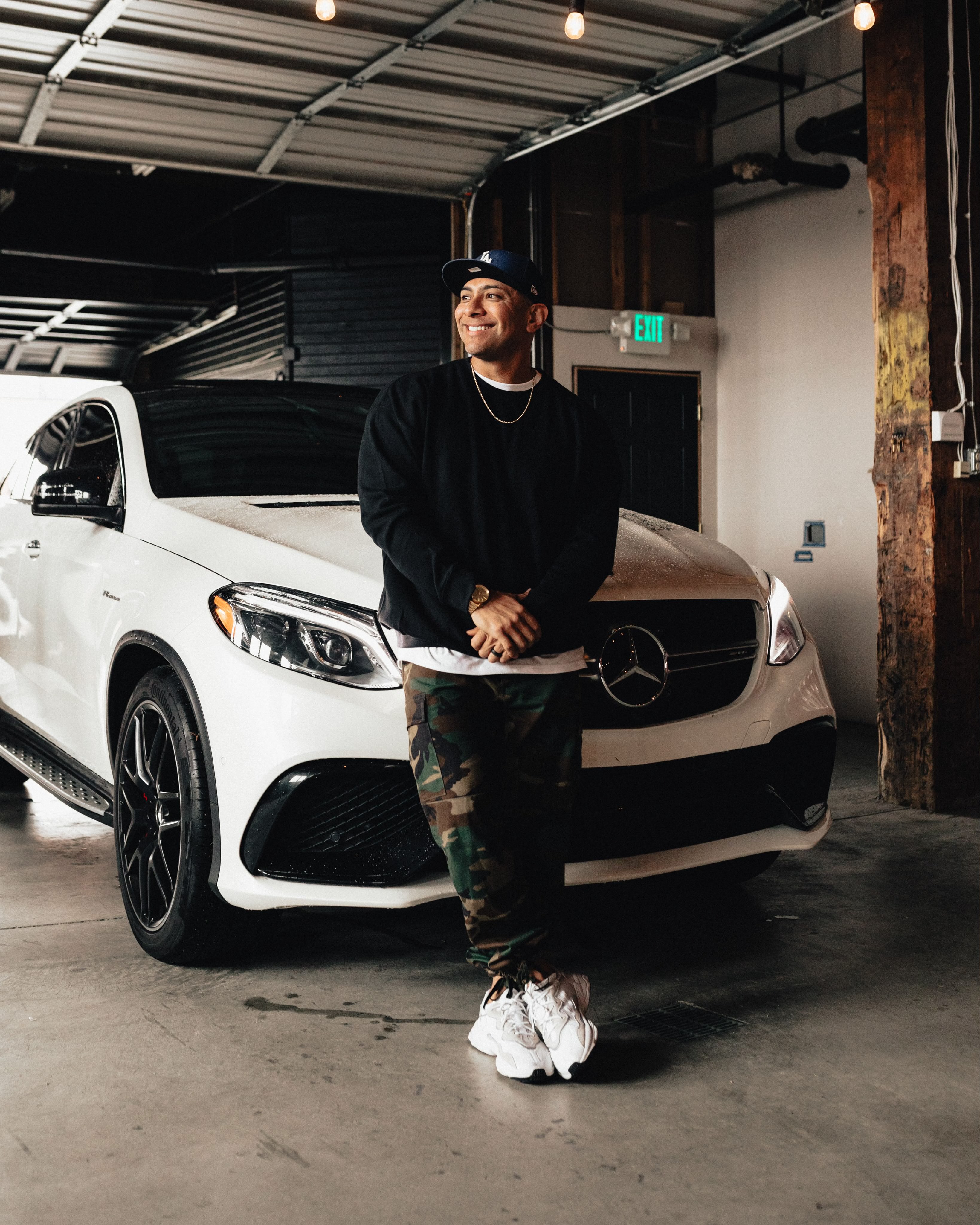 Wiley Cortez was born and raised in Southern California and is an entrepreneur and confidence coach with over a decade of experience. After becoming an entrepreneur at a young age, Wiley learned the challenges and obstacles that can present themselves on the road to success in the world of business. Wiley is also married to Rachael Cortez, and together they have a beautiful daughter named Sicilly.

But things were not always this glamorous for him. Wiley actually used to live on the streets of Los Angeles, CA in the 90’s for some time, experiencing everything from gang violence, tp drug trade, to county jail. Normally, people that live through this lifestyle get blacklisted from entering the business world, but Wiley never lost sight of his vision for a better life and managed to reach a critical breakthrough that allowed him to push forward through life and slowly attain this level of success. And flashing forward to today, he now owns a few multi-million dollar businesses.

Wiley Cortez is Co-Founder and Director of Sales at PRICOR Tech, the leader in the underground plumbing and piping construction in Seattle. Another business Wiley co-founded is called Go BlueLight, which is a Seattle based full-service home provider that is available 24-hours-a-day. Wiley also founded Dominate Don’t Compete in 2015, and successfully scaled the business as a CEO and sold it in 2020 with a clean exit.

Last but not least, Wiley Cortez is also the Founder and CEO of Make Moves Not Statements. Here, Wiley has committed his life to help others design an unimaginable life built on a firm Foundation, which brings Confidence and a lifetime Commitment to fulfill your purpose. Wiley believes that “for actual change and success to begin, we must first begin transforming who we are from the foundation of our current reality.”

Wiley models his success after and looks up to people who followed similar life paths to him. Specifically, the people who came from the streets, and ultimately created legitimate success in the world of economic productivity. When asked about how he changed the most in terms of upgrading his lifestyle and personal success, Wiley said:

“I’ve changed by investing in self development that has allowed me to build and grow my team to create a successful business, Make Moves Not Statements.”

​One of the most interesting things that happened in Wiley’s journey was his decision to move to Seattle for a while because of some trouble he was in at Southern California. However, this decision was incredible for two reasons, the first being that it allowed him to escape from an unnecessarily stressful situation, and the second was that Seattle ended up being the place that one of his businesses would be birthed.