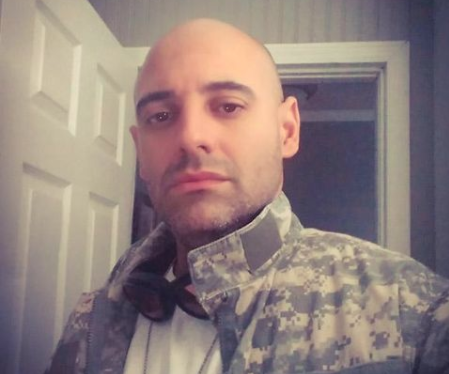 Making space in the world of glamor is not an easy process. It needs a strong determination and tolerance to chase the dreams. Success is not a great factor for Jr Michael, but he looks for consistency that is a combination of passion and determination. After getting recognition as a famous entrepreneur and an actor, he takes the next step to make his dreams come true. Yes, he wanted to bring his TV series NightFall on the screen. He has produced this TV series independently and he wants it to bring in the limelight. Making this TV series is an exciting task for him. The TV series is ideal for a rooted storyline.

The series is about a person. Jack Walker is Military Unrevealed Ops and returns to ordinary city life after a grueling six years in service. After the vanishing of his child and wife, he undertakes the mysterious mission to transport legal immigrants across the border only to find out the mission is not what it seems to be! On the way, he gets the fate of his wife and child left him and along the way Jack unveils the dark nightfall of sex trafficking. Watch “Nightfall” teaser on YouTube:

In Brazil, Nightfall has made it to a film festival making it a highly anticipated TV series. It is a new start for Jr. Michael because he will take a long jump on this platform. He will make his recognition at this stage begin at the New York Institute of Technology. This is the place where he has studied to be a star after abandoning plans to join the tech industry or play basketball.

Nightfall has already won a few festivals with awards from the Rome International Film festival. Also, it has touched the hearts of India as well as the Asian side of the world and is becoming one of the most talked-about hot series for 2021 over there.

We know Jr. Michael is a famous producer, scriptwriter, director, actor and CEO of Life Fate Miracle LLC. Grounded out of New Jersey. He is popular for the short film ‘Stranger in the Dark’. It is the scripted series on the internet ‘Touch’, award-winning short movie, ‘Vengeance is Mine’. He has worked on several other projects including Stick’em up Kids, Fighting, I am Legend, Sopranos, Minority, Syriana, Law, and order.

To get access to your favorite producer/actor, you can follow JrMichael on Facebook: https://www.facebook.com/Jr.Micheal27/. It is not a big deal to access your favorite celebrity these days. They are easily accessible on social media. You can get their profiles and their performances on different platforms. This is ideal to know about them online. Therefore, they enjoy a massive fan bank. You will love to visit them on the following contact details.

As for one of the newest up and coming Tv Series to watch.

It has really captivated the hearts of the people there who understands sex trafficking and how horrible busy is.

This series will leave you on the edge of your seats with drama action suspends and little sci-fi in the making. So hang on tight and take a trip with Jack Walker and his mission, to fight an evil that has no face!!