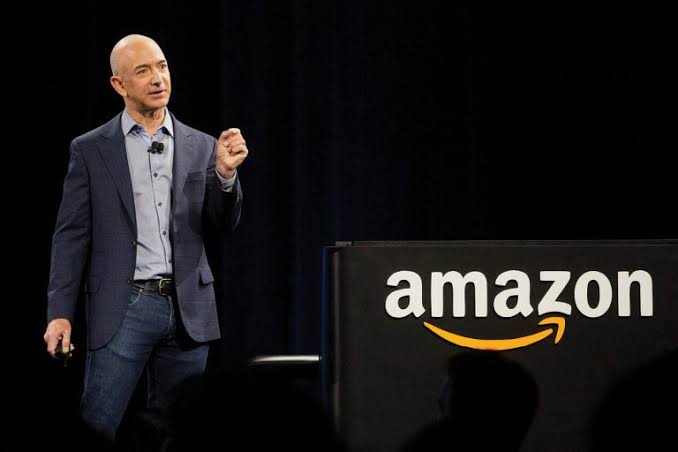 What does it take to become a millionaire?

The elusive American dream might seem far-fetched for some, but it’s a reality for many others. According to the online casino guide Slotsia, most millionaires are self-made by age 36. They didn’t inherit a vast fortune or win the lottery – instead, they relied on hard work and creativity.

In 1994, Bezos read that internet usage grew by 2,300% in a single year. Bezos knew he must capitalize on this opportunity, so he left his hedge fund company to create an online bookstore. In 1997, Bezos was 33 when he raised $54 million from Amazon’s IPO. He became a billionaire only two years later.

Bezos’s story, like that of most entrepreneurs, is extraordinary. Every self-made millionaire found a different way to strike it rich, but they all have one thing in common: they put in hard work to make it happen.

We asked eight self-made entrepreneurs to share their stories of how they made their first million. Here’s what they said:

Making my first million in sales was a lot of hard work. I tried the traditional sales funnel and webinar approaches but gave up after 37 failed attempts. Then, I did two things that made all the difference:

My first sales and marketing mentors were monumental in the growth of my business and personal life. So, I hit the phones.

I made non-stop calls every day. I called everyone that registered for any of my ads, webinars, or lead magnets. It sucked a lot in the beginning. But after a few thousand dials, a few hundred decent conversations, and a few sales, I learned how to better communicate with my prospective clients.

Then I turned up the ad spend. Six short months later, we had ticked over our first million dollars in cash sales.

It wasn’t easy, but that led me to learn all the skills I needed to be able to push myself and my team to new heights and take our business to the biggest it’s ever been. So I’d never change that whole experience, though my adrenal glands might have something different to say about it. This experience shaped the way I do business and grow my companies today.

2. I kept trying until something worked.

My most important lesson was to have discipline and never give up. I tried and failed many times on the way to my first million, but never gave up. Despite my defeats, I always put eight or more hours into my goals every day, which led to many sleepless nights.

The breakthrough came when I got to know online marketing and put a lot of time and money into it. I  applied this knowledge to sales for various blockchain companies by creating automated webinars that run 24/7 for them. Then, I sent traffic to these webinars using PPC traffic, and at the same time, I passed it on to my teams, which created an organic reach. This enabled us to reach hundreds of thousands of people in a few months and generate a lot of income.

Another critical insight that made me make a million is to become an expert in a niche and find mentors who have already reached this path.

3. I utilized the power of eCommerce.

I made my first million by picking a fast-growing niche (Amazon sellers), building a super-reliable product to serve that niche (Kenji ROI’s Amazon listing optimization and ads services), then scaling it through systematized content marketing (SEO, podcasting, guest webinars).

I left my carpentry job to start a business to create product brands to sell products on Amazon. I broke the six-figure mark four months after launching but faced the hard cash flow realities of an eCommerce business. The more it grows, the more money it needs to grow more!

That, coupled with the dangers of holding large amounts of inventory and potential Amazon account suspension, led me to start my agency Kenji ROI, taking advantage of my Amazon skill set to serve other brands.

My keys to growing the agency have been:

4. We found a unique business model that worked.

Back in 2016, we were just two broke college students looking for any way to avoid the dull, cubicle-ridden career that laid ahead of us. We wrote a few short books on topics that we were knowledgeable and passionate about and self-published them on Amazon. While they weren’t smashing hits, they proved that the self-publishing business model worked. We then hired ghostwriters to write books for us, which is how our little side hustle turned into our full-time online business.

Two years and over 100 books later, we began filming YouTube videos sharing what we know. Our followers eventually asked us to compile what we knew into a step-by-step course, so we did. We launched Audiobook Income Academy in 2018 and made over $43,000 in profit even though we spent no money on ads. Since then, we’ve been coaching and teaching everyday people how to build their own self-publishing business so they can quit their jobs and find freedom.

Now we run a multi-million dollar online education company, PublishingLife.com, dedicated to creating the best education and coaching in the book publishing space. We have over 2,000 happy customers and countless life-changing success stories. PublishingLife hit its first million dollars in April 2020 and repeated it a few months later.

–   The Mikkelsen Twins, founders of Publishing Life, publishing and ghostwriting service for e-books. The Twins also founded Audiobook Income Academy 2.0, where they teach upcoming entrepreneurs how to succeed in the e-book publishing industry.

5. I learned from a fantastic partner.

At the age of 21, I went through troubling times in university and barely avoided jail. But the universe aligned, and my mentor asked me to partner up and expand his company. I spent the next 4.5 years helping build a multi-million dollar coaching and training company from scratch.

I knew I had a more profound message inside me that I needed to get out to the world. I left his organization and started my own company to support coaches in creating businesses that fueled their mission and lifestyle. There are so much noise and confusion in the online market place on how to grow a business online; it’s quite overwhelming. I focused on helping coaches simplify their business model and optimize their marketing and sales process to only work with clients they love.

I went from having my life on the line to now having the multi-million dollar business of my dreams. I never take it for granted.

–   Alex J. Moscow, CEO and Founder of Congruent Coach. Moscow’s work focuses on helping entrepreneurs grow seven-figures and beyond by staying true to themselves and turning their social media pages into revenue streams.

Every entrepreneurial journey is different, but what they all have in common is mentorship. The fastest way to go from where you are to where you want to be is to learn from someone who’s been there and done it before. Seek them out. When I was 23, I moved countries to work and live with a mentor who I’d never met before, so that I could learn from the best! I worked seven days a week for six months to learn the skills and tools that helped me make my first million.

Once I started WILD Success, we made $1 million in just ten months, because we had a plan and experience! Don’t reinvent the wheel; find a model that works and execute! Find what the market wants and then scale. Seek mentors along the way who can give you guidance in areas you’re weak and develop a relentless pursuit of knowledge and experience. And most of all, don’t focus on the money, focus on becoming a person who can run a million-dollar business, and you’ll have one!

–   Calvin Coyles, founder of WILD Success, one of Australia’s leading personal growth and development companies. Coyles is an award-winning entrepreneur, best-selling author, and international speaker. He hosted over 500 live events and thousands of hours of training and coaching.

7. I learned to build teams.

I had my first business cleaning boats in Sydney Harbour when I was only eight years old. From a very young age, I figured out that if I want something more in life, I have to create it myself. This became my gift and my curse. I had the natural entrepreneurial talent and work ethic, and I learned the necessary business skills. But because I was so good at taking action and figuring everything out on my own, being on my own became my pattern for a very long time.

I lost everything in the 2008 crisis, which forced me to break my habits.

In 2012, I started the outsourcing and virtual assistant company now called ‘The Exponential.’ We made a million dollars in our first year by teaching other entrepreneurs how to scale and build teams, and by providing the ideal talent required to grow – the same things I was missing in my previous businesses.

The company is still going strong eight years later. Best of all, I’ve followed my own advice and scaled myself out of business.

–   Monty Hooke, host of “The Rabbit Hole” podcast and founder and CEO of The Exponential, a business consultancy that helps companies with expansion, systems, and scaling using offshore remote staff.

8. I put passion over profits.

I made my first million when I was 24 with my first company SpiritHoods, featured on Shark Tank. I never went into it with the idea of making money first; the company was birthed out of a pure passion and desire for community (the new currency), radical self-expression, and giving back to non-profits that helped endangered animals.

I see so many entrepreneurs placing the cart before the horse, money before their purpose. When businesses are built in that way, they become void of real value. The leadership gets burned out, and the company doesn’t stand the chance at disrupting anything.

What the world needs now are conscious entrepreneurs creating from a place of purpose, passion, and truth. Your idea should strike you like a lightning bolt in the heart. That’s what will get you up in the morning to inspire others and help change lives.

As an entrepreneur, our duty is to create solutions for people. What the world needs now more than ever are conscious solutions, so evolve yourself consciously and let your brilliant “aha moment” come from that journey of purpose. Not only do you stand a better chance of making a million, but you also stand a greater chance of living a fulfilled existence that those you serve can enjoy too. That’s true disruption.

– Alexander Mendeluk, entrepreneur and life transformational healer that facilitates healings of suppressed trauma, pain, and disease within the body, then aligns individuals with their purpose so they can create conscious business solutions for the new earth paradigm.

Types of Data Every Business Should Collect

The Trading Expert Behind “Invest with Teri”