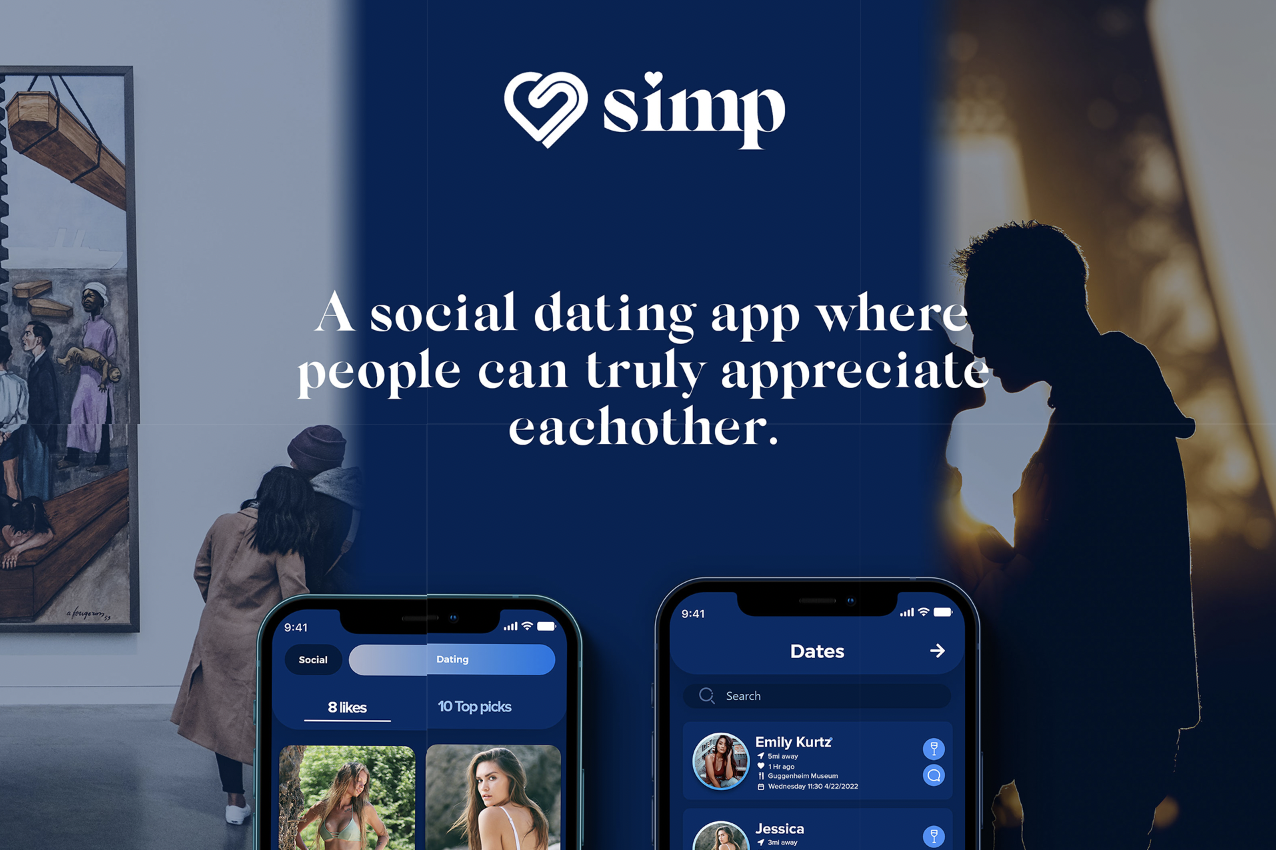 There are several ways to meet people nowadays. You don’t have to go to an awkward party or a local bar. If you’re having trouble finding someone you like, online dating sites and social media apps may help you make connections. Simp is not only the best social dating app for you, it’s the first social dating app.  Whether you’re looking for a long-term or fun relationship, there are many options in Simp. Yes, the Internet is a wonderful thing.

But where do you start? Whether you’re looking for a new encounter, a casual encounter, a person looking for someone with the same interests, or someone looking for the ideal partner to finally build a long-term relationship, you can get within simp and schedule dates with as many people as you want and send date requests over to the them. The team at simp says “We make apps for the Gen – Z by the Gen – Z.” Unlike other social media apps and dating app platforms are made by people who may not really understand what people our age want and like in apps.

Why is Simp different from other apps?

Simp first was released back in 2021, but the Founder G Baano-Stewart II wanted to create an eccentric app, that will mash social media with dating. G Banno-Stewart II founded Simp and its parent company Reign Verse was all founded in 2020 during the pandemic, he was 20 years old attending Morehouse College in 2020 and felt like social media apps and dating apps aren’t focusing on people meeting each other or connecting with one another but rather just glamorizing their life. So the team at Simp created certain features that benefit people that may have trouble going on dates, meeting people, making friends online and in person, and more. Simp wants users to experience a safe and fun date. So you can send out a date request to anyone you are matched with it’ll show the date location, time, and how far the date is from you. In addition to the content, the app can confirm the user by performing a photo feed system, guaranteeing that the person you met is the person you see on the app. The app has hundreds of thousands of pre-orders and is available in many countries. Simp was originally just a dating app, but now it’s a brand to showcase modern dating by them doing the simp street podcast state-to-state, and their blind date videos, helping the viewers connect with video content so we all can see how people think in today’s dating.  Nevertheless, Simp’s easy-to-use platform and on-demand dating appeal quickly earned the reputation of being “The Future of apps”.

How does Simp work?

Simp’s app design is straightforward and customizable. Once you’ve created your profile, start swiping. Not only does Simp focus on dating and meeting up in person and having social profiles of yourself, but with Simp, Legend feature, one can create an avatar for themself and go on virtual dates if they would like to stay in the house and not go outside. This feature will be proceeding out soon, but the team at Simp thought about this feature during the pandemic and how everyone was afraid and uneasy about going outside, so the best option for them was to meet people but with their digital self-called their Legend.

How is Simp gaining popularity among other social dating apps?

You already have experience with dating apps, but Simp you haven’t tried an app like simp the first social dating application of its kind. This platform focuses on shifting the outdated dynamics of dating and handing the power of choice back to you. It is becoming popular day by day because of its starting marketing over the TikTok platform. In the first week, the Simp team got millions of views due to its marketing and street podcast. Doing the Simp street Podcast has enabled the team at Simp to catch an audience that feels uneasy about what people actually like when it comes to dating and meeting new people. The Simp Street Podcast and Simp Blind Date videos help capture the authentic nature of what people want to say but are often too scared to say. The creative director for the Simp street podcast and Simp Blind date videos is Jackson Baker he asks the questions we all want to hear but are always afraid to ask. The team at Simp has gotten tons of recognition from all over and when the app is released it’s poised for high success. We asked G Baano-Stewart II himself and he said “Simp is releasing this summer 2022”. We believe Simp is poised to hit the charts running the first week, and can’t wait for people to start simping for each other.”