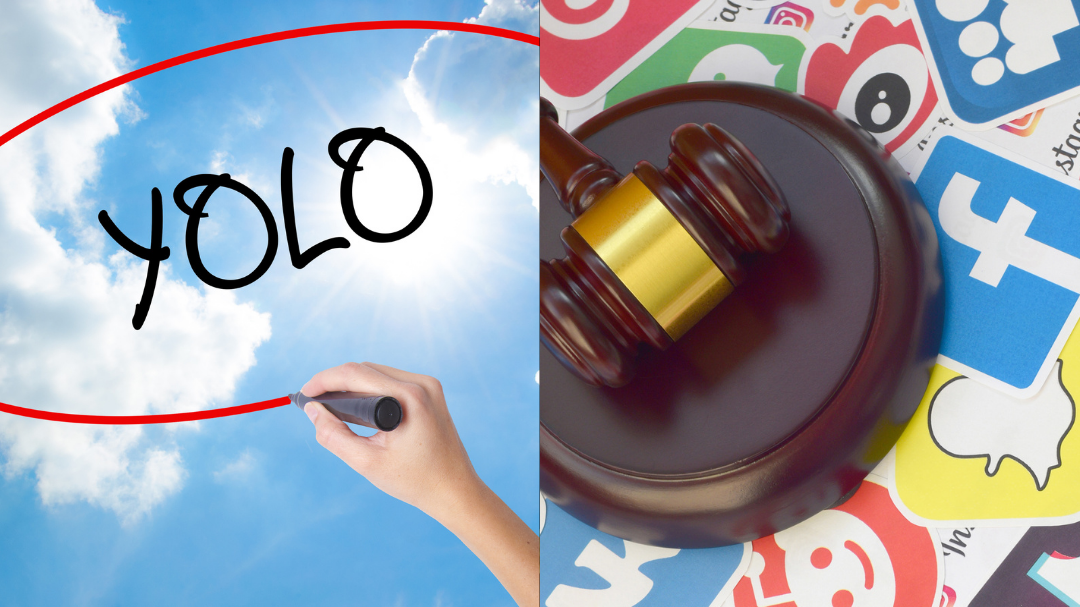 CALIFORNIA—On Wednesday, Snap, Inc., the parent company to Snapchat suspended the popular question-answering apps, YOLO and LMK from its platform after being named in a federal lawsuit on Monday following the death and suicide of a 16-year-old teenager back in June 2020.

Filed in the Northern District of California, the federal lawsuit was brought by Kristin Bride, the mother of Carson Bride, a 16-year-old who was targeted online for many months through the YOLO and LMK apps, and co-plaintiff The Tyler Clementi Foundation, a nonprofit antibullying organization created by Jane Clementi, mother and voice to Tyler Clementi, who in 2010, took his own life and jumped off The George Washington Bridge after his roommate exposed him publicly for being homosexual.

The messages Carson received through the messaging apps contained messages that involved “sexually explicit and disturbing content,” which according to the lawsuit were “meant to humiliate him.” Despite Carson’s attempts at searching on how to reveal the identities of YOLO users, he was left with but one option: to end the pain.

Two weeks later, he took his own life, with his phone revealing his most recent search: “reveal Yolo username online.”

Both Yolo and LMK rely on Snap Kit, a platform that allows developers to build apps onto Snapchat-specific functionalities, such as logins, Bitmoji avatars, stickers, and other in-app features. Since 2019, YOLO, which stands for “you only live once,” had grown increasingly popular, jumping to the #1 spot for messaging apps in the U.S. mobile app stores.

The lawsuit seeks to have Yolo and LMK immediately banned from Snap’s platform, which has just been done on Wednesday, along with any other apps that have failed to set up safeguards against cyberbullying, and seeks damages for the alleged harms and misrepresentations.

What Needs to Happen?

For far too long, social media platforms have hidden behind Section 230 and First Amendment exceptions. Enough is enough, especially when the courts themselves don’t fully understand the spirit and legislative history behind the 1996 law which says that “interactive service providers” are not liable for the content its users post to its service.

What courts need to instead look at, when answering questions involving Section 230, is what happens when Section 230 conflicts with not just public policy, but the health, safety. and wellness of its users online?

For far too long, social media companies like Facebook, Instagram, Twitter, and Snapchat have hidden behind the First Amendment and Section 230 of the Communications Decency Act, while mothers such as Kristina and Jane have been left to figure out their own means of “justice” following the deaths of their children due to the irresponsibility of these platforms.

Almost always, Silicon Valley’s tech companies have continued to prevail in their Section 230 arguments for dismissing lawsuits, claiming that they cannot be held liable nor responsible for the content its users post–a flawed understanding and historical application of what Section 230 was originally put in place for back in 1996.

Under Section 230 of the CDA, any “interactive computer service” such as a social media platform cannot be held liable for information posted by a user on that service or platform. This law is one that many activists and legislators, including Senator Bobby Zirkin (D-MD) have continued to fight against on behalf of mothers such as Clementi, Christina McComas, and Tina Meier, who have been the voices for their now deceased children: Tyler, Grace, and Megan, respectively.

“The high school students who anonymously cyberbullied Carson will live with this tragedy for the rest of their lives,” Kristin Bride said in a statement provided by Eisenberg & Baum, the law firm representing the plaintiffs. “However, it is the executives at Snapchat, Yolo, and LMK irresponsibly putting profits over the mental health of young people who ultimately need to be held accountable.”

And this isn’t the first time these social media platforms have heard the pleas from mothers and voices like Kristin.

As for Carson, he definitely ‘lived once,’ but was taken way too early.