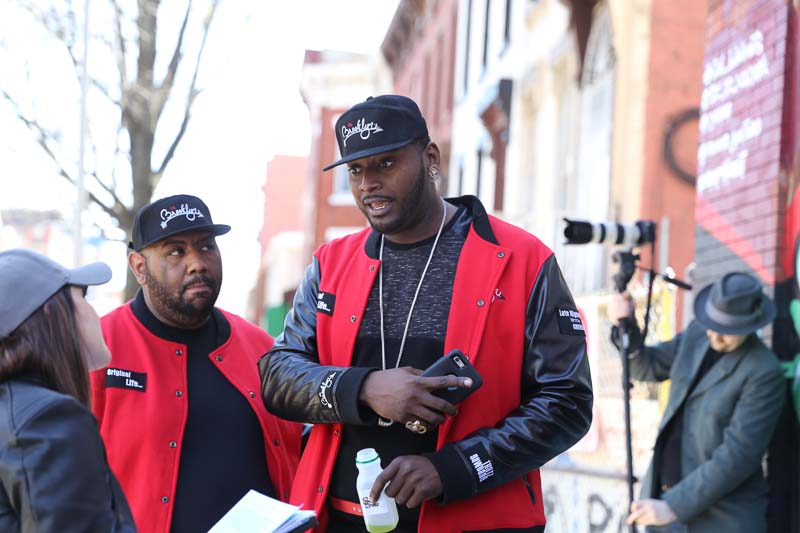 Snipe Slugz is an on the rise recording artist from Brooklyn, New York. He started experimenting with music after following behind his older cousin named AR Period. Snipe Slugz wanted to be just as good as him when it came to music. In college, he would participate in freestyle poetry slams to make some money. He became very good at music and since then he has not stopped. When creating music his persona is strictly versatile. He can play whatever character or personality, he sees fit for a record. He officially released music in October of 2021. It was a lost mixtape Vol 1 that he released on all streaming platforms. Since the release, it has been nonstop work for Snipe Slugz.

Snipe Slugz is the co owner of Fist Club conglomerate (FCC)  which manages artists such as piccaso musik, yung Rich, jay o frizz & Dagga Splitz. He keeps himself busy as an entrepreneur and business man as he also owns 2 clothing lines “Ol Brooklyn Outerwear” and “ Amori Mi clothing”. Not only does he have a foot in lots of business ventures, but Snipe Slugz has also appeared in the most amazing films such as “Bully The Rise Of Two Kings” and “Bully The Dead Don’t Die”. He will also be starring in another role for a new film which will be released mid-2022. Snipe Slugz is out here completely making a name for himself at all costs.

Recently Snipe Slugz was aired on Hot 97 with Dj Drewski after doing an interview. That was a huge accomplishment for his brand. He also had his album review party held at the legendary club SOB’s with Dj Drewski from Hot 97 which was a huge success. March 9th of this year Snipe Slugz released a debut album titled “OVERDUE” so he is taking a short break from creating more music to let the album circulate. 3 already recorded mixtapes with 3 various artists will be released this summer to keep the momentum. Whether it’s movies, clothes, managing, or music, know that Snipe the Slugz is a star in the making and his presence sets the tone for every room he is in.

Make sure to check out his album “OVERDUE” before he releases the new material. You will not be disappointed. He delivers above and beyond for all of his supporters and his future supporters. If you have not already checked out his catalog and get familiar.

Sparklite – How Music Videos Get Made and The Company Behind Them