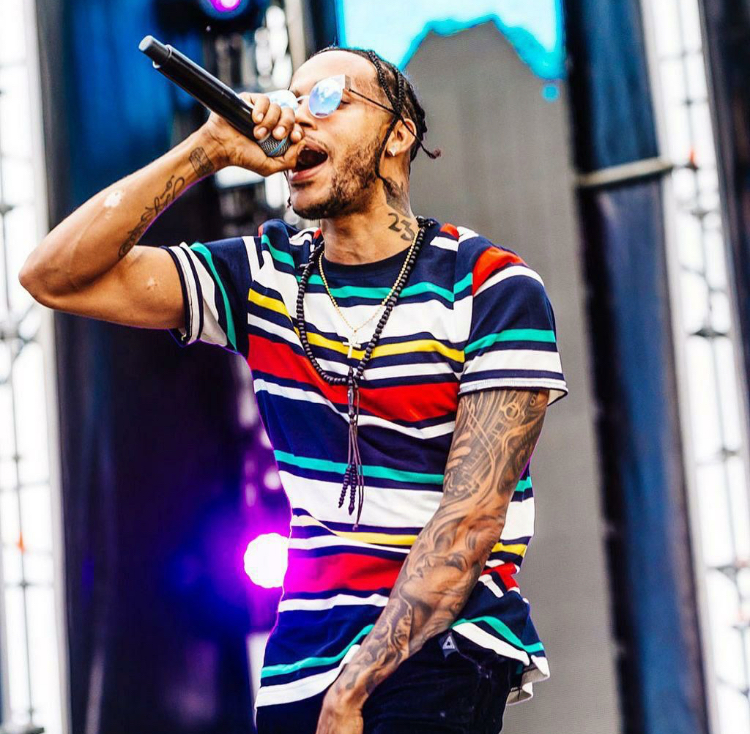 If life was food, Music would be the condiments to spice it up. And the man we are talking about here definitely knows how to spice things up. We are talking about Stee Ferrer who is a pop artist from Dominican Republic and recently making a lot of hype for his awesome tracks that he has been releasing lately. We talked to him about his music, his journey and his source of inspiration which is here.

Manaury Esteban Ferrer García also known as Stee Ferrer is an emerging artist known for his smooth flow and groovy beats. His songs have the Caribbean flavour that will make you fall in love with his songs. Born in Dom, SaintoDomingo, Stee hasa always seen music all around himself. His parents Magalys García (singer) and Esteban Ferrer (pianist) are musicians. Seeing such a vibrant and happening musical environment around himself, it inspired him to start his own career in music. It is said that an artist’s most loving asset is his/her freedom. Freedom sets an artist on the path of self-exploration that sharpens his art. Stee’s journey began when he moved to Madrid, Spain. Spain taught him the new customs and the cultural exchange gave his art even more variations. He also completed his High School there and decided to start his own Hair Dressing business that achieved massive success and soon he had one of the most popular hairdressing chain in Tenerife, Spain.

His music career began when he moved back to Dominican Republic and recorded his first song in 2013. He launched himself as the urban artist and was received positively. Gradually he was growing popular as he invested more time and effort into music. People started noticing him as the urban artist. In 2014, just a year after his launch, he did a concert at Las Palmas de Gran Canaria sharing the stage with the great Don Omar. This concert saw a great participation from the people and many artists from the industry started noticing him. Since then, he has done many concerts and shared the stage with some of the legendary artists like Arcángel, Zion & Lenox, Tego Calderon, Bad Bunny, Darkier, Nicky jam, etc. There are some of the great European artists like Mist, BlackThe Ripper, Big Narties, Donae’o with whom he has been sharing the stage.

When asked about his source of inspiration, Stee said that when you do what you love, it never really feels like work. He works hard and he loves making music. He added that the culture he grew up in made him realise the importance of happiness in life and how it influences everything from your career decisions to your love life and with his music, that is what he wanna do. To make people happy and love his songs. His family, friends and fans are always there to motivate him to go for more.

We looked at his YouTube and it is pretty happening. He collaborated with one of the most popular Dembow artists Cherry Scom just a month ago which went viral. He has other viral songs like “All on my own” and “Modo Guiri” that he has given us to groove on. Stee Ferrer believes in Work Hard and Party Harder and lives and breathes music and we can not wait to listen to his another track. Lets wish this gem of an artist an amazing future ahead.

Steve Miguel, Quitting The 9 to 5 to Conquer Network Marketing and Trading Luck is when the opportunity meets the ready person!