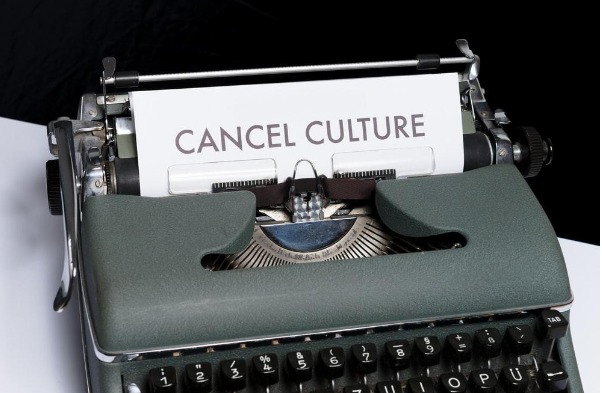 Technology is deeply intertwined with our lives. Since its emergence, it has developed tremendously. And, of course, it created new opportunities for people. You can now order food at your door, but a lot of other products as well. You can read books in an online format, not only on paper. You can set your appliances to start or stop at a given time. And we should not forget about the internet and social media platforms that created a whole new universe.

Well, everyone has access to the internet and about 4.48 billion people worldwide use social media. Which makes the transmission of information way easier. This is how certain movements have rapidly gained momentum, such as the #MeToo, Black Lives Matter, and Fridays for Future. Cancel culture is also something that emerged thanks to the internet and wide access to information. So, which are the benefits of cancel culture? What are the negative effects of cancel culture? Let’s find out together.

Like many other movements, this one emerged or was coined by a movement or specific human. In the case of cancel culture, its history starts when Suey Park sparked outrage against Stephen Colbert as she interpreted the tweet as being racist.

Even though the tweet was an ironic one, the hashtag #CancelColbert rapidly gained momentum. Of course, the effects were felt by both of them. You can look through cancel culture essays to understand the benefits of cancel culture, but its negative effects too. Canceling someone means stopping giving them your trust and support. This usually happens in the case of famous or public people who failed to meet the needs and expectations of people.

As access to information is done way easier than before, people can quickly get to know the latest movements or trends. There are negative effects of cancel culture that are seen mostly in politics and educational sectors. New inventions might also be a subject of cancel culture. If you’re wondering how bitcoin can america cancel culture, take a look at the trends and popular tweets.

One of the major negative effects of cancel culture is on education. We can easily notice a trend that encourages teachers and students to vote in favor of eliminating some books from the curricula. They say this is done as they present some views that are racist and not aligned with the modern ones. Which, indeed, might be true of some books.

But studying them means taking a look at history. This, in turn, allows those who study it to learn from the past and find modern solutions to old problems. Racism was, is, and will be a major issue in every society. Eliminating the books where racist affirmations are made does not mean that they will disappear from society.

What’s even worse is that the anger is directed at books that speak against racism. Teachers want a lot of books to be taken out of the curriculum, reaping students the opportunity to learn from the past. They can learn a lot from these books that are iconic for the era they were written in.

How To Kill a Mockingbird, The adventures of Huckleberry Finn, or The Great Gatsby are among the books teachers want to be removed. A student has to learn about books and how they perceive them is up to teachers too. They choose the things and aspects from a book to focus on and discuss within the class.

However, cancel culture is a nice movement and it comes with benefits too. It helps activists to point to corporations of people that do harm and encourage the public to stop supporting them. People pay more attention to what politicians, VIPs, and corporations say and do.

And with the cancel culture movement currently undergoing, they can lose their support in a matter of minutes. Maybe it is worth mentioning the case of McDonald’s and the war in Ukraine. When the war started, a lot of companies said they would close their businesses in Russia. However, a few of them delayed this operation’s halt but cancel culture was there to put pressure on them.

The history of cancel culture begins with a lot of civic movements, such as #MeToo, Black Lives Matter, and Fridays for Future. As technology offers the opportunity for people to express their opinions, a lot of public people and corporations get canceled by the public. This is a nice way to unite the people for a common goal. However, it comes with negative effects too. And they are seen in the educational sector where books begin to be prohibited and taken out of curricula.

Bio lines: Alisia Stren is a content writer and blogger. She writes on topics such as politics, racism, and cancel culture. Alisia is an activist and fights for the health of the planet.