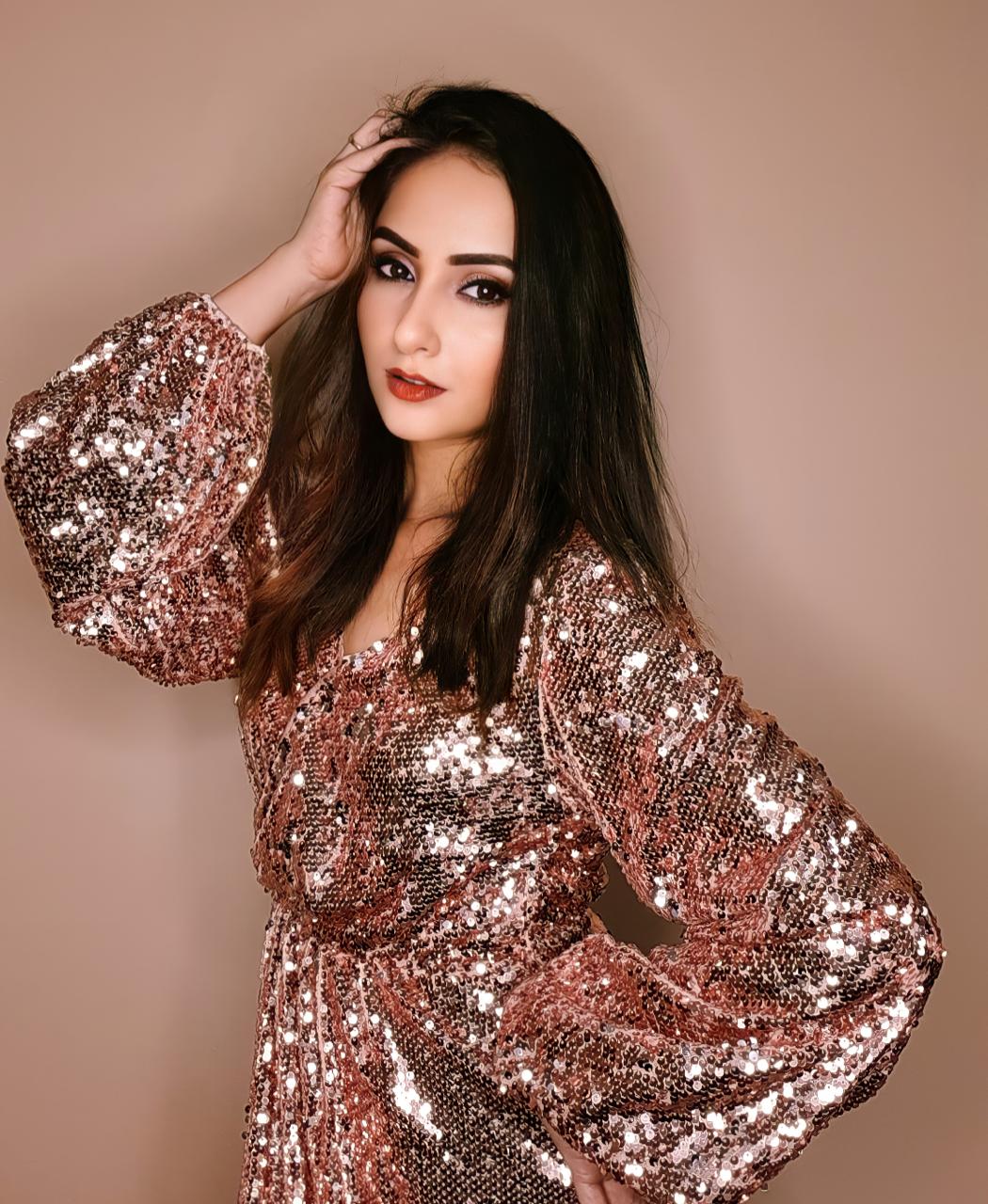 Sudhashree Acharya was born and raised in Siliguri in the state of West Bengal. She is a talented Vocalist and Record Artist with a clear vision for the music industry. Working in many fields allowed her to gain information and experience; as a result, she worked diligently, resulting in some extraordinary mastery and expertise.
Sudhashree Acharya has given several prestigious assignments. Due to her unique acoustic voice and magnificent method of dominance, she has a large fan following on social media platforms. She has a lovely and intriguing appearance that goes well with her glamour, and the way she expresses herself is one of the best characteristics that distinguishes her.
Sudhashree Acharya imbues the world with life. Sudhashree’s beautiful voice was enough to impress anyone.

Talking about Sudhashree’s educational qualification She is double master degree holder in MA(English) and MA(Education) and persuing Phd in the education system of South-East Asia.
Along with her higher studies, she continued to pursue her love for music parallely in the same rhythm. Sudhashree Acharya gives the phrase “beauty with intellect” a whole new meaning.
“I used to take my passion for singing and interest in higher education very seriously when I was a kid. I aspired to have the best of both worlds, and I was fortunate enough to have my mother’s support throughout the process. She used to have me listen to and practice the all-time classics of Indian female singing diva Lata Mangeshkar. But I continued to pursue my education as well, and as a result, I was able to combine the best of both worlds” says Sudhashree Acharya.

Sudhashree has been an IVR expert, and has given her voice for IVR service for India’s formerly operating Telecom Service Provider AIRCEL. She is the first-ever female to provide a voice to Indian Railways’ IVR service in Nepali(Gorkha) regional language. Sudhashree is happy to have played a part in this fantastic pride moment in representing India’s Gorkha
population.

She is currently participating in several fields that provided her with expertise and knowledge. As a result, she put in a lot of effort, which enabled her to achieve exceptional knowledge and competency. Sudhashree Acharya has several prestigious assignments. Due to her unique acoustic voice and magnificent method of dominance, she has a sizeable loyal fan base on social media platforms. She has a lovely and intriguing appearance that goes well with her glamour, and the way she communicates herself is one of the best characteristics that distinguishes her.

Sudhashree Acharya’s professional debut is anticipated with bated breath by her followers. Sudhashree is getting ready to hit the musical gear with her Bollywood debut with four Hindi songs, including “Jagu main,” “Zara,” and “Aajana.” By the end of 2021. For the Bengali fans “O Sona” and “Tumi Je Aamar” are two of her personal favourite songs awaited for a release. As a result, she is rising to take the musical world of Bollywood by storm.
In addition to her excellent voice, Sudhashree Acharya’s attractiveness and stylish way of presenting herself have made her perfect for her breakthrough on camera as well. Preparations are underway for the rising star’s spectacular Bollywood debut. She is currently one of the most gifted musicians in the music industry, and her sweet voice will be a gift to the industry.

It’s a world full of ambitions and aspirations, and strenuous effort ultimately pays off. Plentiful people make an effort, yet they rarely succeed in their endeavors.
“This is just a beginning in this industry; there is so much to achieve, I’am excited and lets see how things turns out!”- says Sudhashree Acharya.

Can The Narwal Robot Vaccum and Mop with Efficiency?

The Well-Deserved Decline of the University Degree