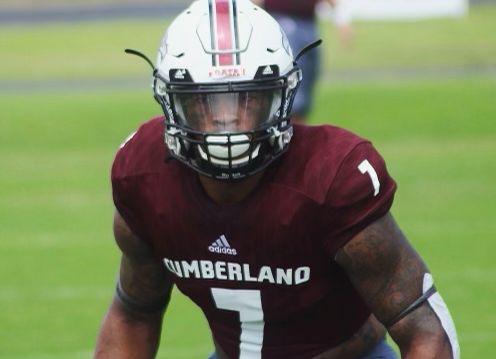 American football as a sport has grabbed much attention and love from millions of audiences in America and also across the globe. It is undoubtedly one of the most popular sports in the west. Today every young player dreams to play this sport and make a name for themselves. Many athletes and sportsperson have already taken the sports industry by storm and last few years has seen them flooded the sports domain. Tremendous talents has surfaced showing a great future prospect for the game. Meet one such amazing superstar in the making showing immense promise and potential to be a future legend- Jonquall Carrothers from Memphis, TN. With his immense passion, interest, and love for the game of football, Jonquall has worked extremely hard to reach the top level in the game and is very dedicated to keep working hard on the ground. With a clear objective of creating a niche for himself in the American football league, Jonquall has made sure he has put the right foot forward to rule the game.

It wasn’t any challenge for Jonquall to realize his potential and love for the game and he took necessary steps in line to become a professional player. Looking at the game more closely and learning the tips and tricks of the game, Jonquall has developed a unique set of skills and expertise taking his game to an altogether different level. His strategic and tactical insights of the game have been appreciated by his coaching staff as well. Said to be a mastermind and the clever brain, Jonquall has enthralled all since starting his football career. Starting his football journey from MTSU, Jonquall got transferred to Cumberland University as a DB. He also played as LB and became a star linebacker in the Mid- South conference racking up 119 tackles.

Working extremely hard on his agility, flexibility, strength and stamina building, Jonquall has stretched every muscle on his body to reap better physical and mental outputs. This has also helped Jonquall to find peace and solace, being in the right mental zone and working more on his overall strengths. Jonquall is currently playing at Campbellsville University as a Grad Transfer Linebacker and has already received many awards under his belt. He has helped the team to achieve many notable feats in a short span of time. They were the first NCCAA All American, First Team All Mid-South Conference, Kentucky Pro Football Hall of Fame All Commonwealth Team Selection, NCCAA Scholar Athlete, Academic All Mid-South Conference, Mid-South Conference Tackle Leader, Ranked 9th in Tackles Nationally (All Positions), and 3rd Ranked Linebacker Nationally in tackles.

Jonquall has ensured the future of American football to be in safe hands. Don’t miss out watching this young gun taking the game of football to next level.

Related Topics:Jonquall Carrothers
Up Next

How Fiverr Enabled Jennifer West to Quit Her Job, Find Herself, and Replace Her Full-Time Wage in Just 6-Months