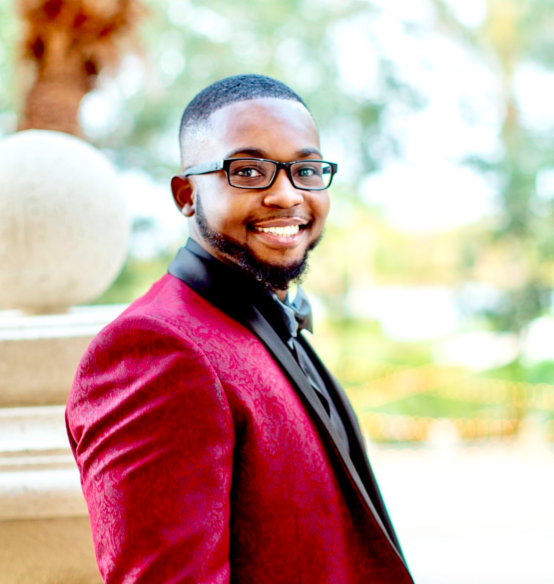 If you asked Peterson Herard, if he could imagine starting a business 5 years ago, he would have answered “no” without hesitation. Growing up without his father or any role model active in his life, Peterson was presented with many opportunities to make the wrong decisions and go down the wrong path. Peterson, instead, focused on his relationship with Jesus, and focused on his education because he knew that a free education was a privilege that did not exist for him in Haiti. After graduating high school, Peterson went to college and obtained his bachelor’s degree in Political Science from Florida Gulf Coast university, and his Master’s in Finance from Florida International University.

Perhaps what is most interesting about Peterson is that he is a Banking and Finance professional turned digital marketer. While in college, Peterson obtained a part-time Teller Job in which he was eventually promoted to Assistant branch manager. Peterson then moved on to become a Branch Manager, Investment Banker, and Senior Relationship Banker with giant firms such as JPMorgan Chase Bank, Northern Trust, and Synovus Bank.

Now, for the moment you’ve been waiting for. What got him into marketing you ask?

Almost every client that Peterson Spoke to that owned a business always told him about the struggles they are facing, and how they weren’t getting any results. They didn’t know how to market their business, nor have the time to learn. Also, Peterson got tired of seeing his client’s pay agencies thousands of dollars a month with no results to show for it. As a result, he set out to learn Digital Marketing, and quit his banking career cold turkey.

His marketing company Reap and Sow Media has helped numerous businesses grow their revenue with online advertising, increase their customer base, and has taken numerous companies from offline to online.

Now, Peterson and his team at Reap and Sow Media help ambitious eCommerce brands scale to 7 and 8-figures with YouTube Video Ads, and his results speak for themselves.

The Blue Ocean of Opportunities for eCommerce Brands

YouTube ads are a little-known secret among advertisers, and Peterson argues that YouTube advertising is the best source of traffic for eCommerce brands that want to scale.

YouTube, according to Peterson, is modern-day TV advertising. It is where the world goes to watch video. YouTube has 30 million daily active users with the average visitor spending at least 40 minutes on the site at a time. For eCommerce brands, YouTube is a great opportunity to reach people in the moments that matter – whether it’s answering their most pressing questions, checking in on their favorite creators, or exploring their interest and passion through video.

The problem that Peterson says all eCommerce brands have that puts them in a rut is an over reliance on Facebook ads as their only source of traffic when it comes to their eCommerce business. Most of their revenue comes from Facebook, and that is a problem.

Most of the brands Peterson works with started on Facebook and stayed on Facebook. However, it is not a scalable traffic source for ecommerce brands because it is a huge risk.

Facebook is getting more competitive, ad costs are getting higher, and worst of all, Facebook ads for eCommerce can be very risky because ad accounts can get suspended at any time, leaving brands with a ton of inventory they can’t get rid of. In fact, this is one of the things that forced Peterson to learn YouTube Ads for eCommerce. A lot of his clients were tired of their accounts constantly getting suspended, and tired of the constant hassle which plateaued their ability to scale.

One of the questions Peterson always gets asked is, “what are the benefits of YouTube Ads and will they work for my eCommerce brand?”

As far as the benefits of YouTube Ads, here are a few:

– Lots of volume: YouTube is currently the second largest search engine in the world and gets over 6 billion hours viewed per month – and that number is increasing very rapidly.

– Has a massive market base for products: Regardless of the products you are selling, you will find buyers on YouTube. Whether it is health/wellness products, fashion, SaaS, or construction products – the market is broad.

– Super cheap: YouTube Ads for eCommerce are super cheap, and you are also not charged unless a viewer watches 30 seconds of your video ad, finishes the video ad, or click on the link.

– Sales: YouTube Ads for eCommerce beats Facebook ads any time of the day. It is cost-effective and generates sales cheaper than Facebook or even Google AdWords.

Peterson Herard is the founder of Reap and Sow Media based out of Southwest Florida. However, they work with brands all across the entire United States, and some international brands in Canada, The United Kingdom, and Australia. Peterson and his team help ambitious eCommerce brands scale to 7 & 8 figures with YouTube ads.  Click Here to find out about Peterson and his company Reap and Sow Media.