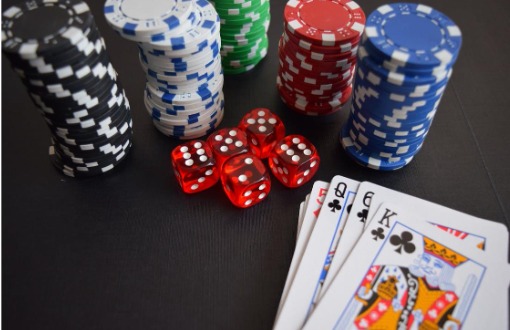 In an era when many of the world’s major economies have been having something of a rocky time, there’s one sector that has consistently thrived.

From barely existing three decades ago, today the global iGaming market continues to grow at a phenomenal rate. It would seem that the world of casino games and gaming is a bullet-proof one, whatever the wider economic context.

To express it in figures, in 2020, the global market was worth a little over $63 billion and this is a figure that is projected to rise to over $112 billion a year by 2025. It is also helping to create many huge online gambling businesses, many of which also see mergers and acquisitions as a way to solidify their already considerable strength.

There are many factors that have created the situation in which iGaming is thriving so successfully – and promises to go from strength to strength.

The countries leading the way

The country that is widely credited for kick-starting the iGaming boom is, quite surprisingly, the UK. It was in 2007 that the country’s then Labour government held a widescale review of gambling laws.

As a result, a far more liberal environment was created along with a framework in which the emerging online casinos could legally operate. Now, according to official figures released by the country’s Gambling Commission, remote gaming is the biggest sector generating around £6 billion a year.

Gradually, other countries around the world are also starting to take a more liberal approach to iGaming, no doubt partly motivated by the potential revenues that taxing the activity will bring. In the US more and more states are introducing it and Canada is also loosening restrictions.

Leading the way is Ontario. Whereas, before, only Canada-based, and licensed companies were permitted to operate, under new regulations overseas iGaming businesses will soon be able to apply for licences.

As well as paying a fee for these, it’s expected that they will also be charged 20% tax on what promise to be fairly impressive profits.

Countries like Canada are changing their gambling laws to allow gambling to grow further with citizens having a more relaxed attitude to play casino games.

The factors behind the boom

The age that we live in has done more than anything to fuel this phenomenal growth of the iGaming sector. This has been thanks to the coming together of a number of factors, without which it just wouldn’t have been possible.

The first of these is technology. It seems obvious, but without people having ready access to the internet there would be no iGaming. But as more and more of the world gets connected, the number of potential players is increasing.

And, whereas in the early days of online casinos, access was solely via PC, then the smartphone came along.

In line with internet usage in general, mobile devices have become most people’s preferred form of access. The industry has been quick to respond by adapting games to play perfectly on tablets and phones. Some are now even being created specifically for these platforms.

Alongside this, the increasing speeds and wider reach of wireless internet connections have also played an important part in the sector’s growth. That’s because it’s made playing a slicker experience as well as one that’s less likely to be affected by buffering and other issues. The emergence of 5G technology is set to offer an even better service in this respect.

There has also been a major cultural shift which has successfully positioned iGaming as another leisure opportunity alongside watching TV, going to the movies or visiting a show. But the big advantage it has is that players can enjoy this leisure activity wherever they are, whenever they want to play.

The role of the casinos themselves

As with all successful businesses, the casinos themselves have done as much as anyone to create the current situation. At the heart of this is their realisation that they are customer-centric businesses.

So meeting, and also predicting, their players’ needs has been instrumental in their phenomenal success. This has meant that they have been constantly innovating in both the games that they offer, and the ways to play them.

A great example are the slots games that all offer. This may have been an invention created over a century ago, but the online casinos keep it fresh with constant new titles, different ways to play and huge jackpots too.

Then there’s the “live” casino that has emerged over the last few years. Made possible by many of the technical innovations we’ve already mentioned, this involves the live streaming of games including roulette, blackjack and baccarat to remote players with the games being run not by a piece of software but by actual dealers.

This manages to combine much of the ambience and excitement of the real casino experience but with all of the convenience of remote play.

Big data has become something of a buzz phrase with many sectors relying on the intelligence they can gather to inform their decisions. iGaming is no different and leaders in the field manage to gather huge amounts of data which, in turn, means that they can create ever more targeted promotions and incentives that they know will appeal.

Looking to the future, it seems likely that the iGaming sector will continue on the same upward trajectory. The increasing use of virtual and augmented reality, along with artificial intelligence, should fuel the way.

So, the sky could really be the limited for many of the biggest names in the sector.

The five key Gaming trends we will be Seeing in 2022

Canada’s improvements in the entertainment and igaming industry