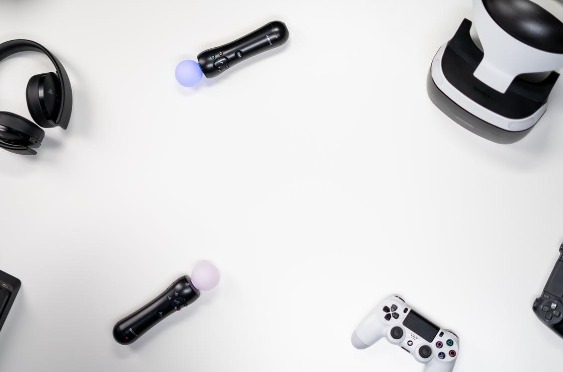 As the global juggernaut that is the gaming industry rolls on – currently valued at $90 billion a year and rising – this promises to be a transformative year in a number of ways.

Some of these will be linked to the great advances in technology that are continuing. Others will be driven by player habits and behaviour.

And it’s not just the field of traditional games that will be affected. We’re also due to see some of the hottest trends of all affecting the increasingly popular online casino sector too. This is hardly surprising as, more and more, online casinos are being integrated into the general field of online leisure activities, with a huge number of followers who are particularly attracted by slots games.

E-sports is a similarly expanding field with bigger tournaments and ever-higher viewer numbers on the way – as well as being something that may well be affected by the five overall trends that are predicted to dominate this year.

The Cloud has been with us for some time now, used by the business world as a safe and secure place to store and share data. The world of online gaming might be relatively new to it, but it’s really started to catch on.

This is transforming the business model so that gamers no longer need to buy games outright. Instead, there’s the option to stream them, just like movies on Amazon Prime or music on Spotify.

This is something that has already been introduced by all of the major names including Apple, Microsoft, Sony and Google with an increasingly large catalogue of games becoming available. Add to this the subscription-service element of cloud gaming and it is expected to guarantee a steady and reliable source of income for the platforms and, ultimately, for the studios that create and design the games themselves.

The rise of the Metaverse

There has been a great deal of hype about the Metaverse over the last couple of years, pushed by the likes of Facebook and Microsoft, with the former even renaming itself as Meta in preparation.

So far, there have only been a few real examples of this proposed merging of the virtual and real worlds. But we will surely be seeing many more very soon.

Already, some games like Fortnite have been dabbling with the idea of incorporating music concerts and becoming more like a platform instead of simply a game. In the recently announced split between EA Sport and world football’s governing body, FIFA, it’s also been predicted that the football game will now be free to incorporate other events too. In fact, the whole world of sports is set to be transformed.

Both the worlds of Virtual and Augmented reality have had a few false starts in the past. In the case of VR, the high cost of the earliest headsets hampered its uptake. For Augmented Reality, the huge impact of Pokémon Go has yet to be repeated.

But the signs are that games developers are now fully on board with pushing these advances as far as they will go. Already, games like GTA, Minecraft and Doom have VR versions and there are rumoured to be many more currently in development,

We’ve mentioned the online casino and this, too, is set to be transformed by VR. That’s because it has always been the aim to replicate the authentic casino experience as closely as possible online and this will bring it several steps closer.

It’s also thought that a VR headset will be one of the new products to be announced by Apple later this year. We’ve already seen the category-busting and game-changing nature of the innovations they introduce, and this could be the next example to arrive.

Non Fungible Tokens hit the headlines in 2021 with incredible sums being spent on artworks and other items whose main value seems to be their uniqueness.

While there is considerable scepticism in the wider world about whether there is any intrinsic value in NFTs, they have certainly captured the imaginations of some game’s developers. So, there are definite plans to introduce the chance to earn NFTs as part of game-play – a move that’s not been so popular with players to date.

NFTs are also of a potential appeal to online casinos who could well see them as an alternative prize fund for players of particular games.

The blockchain tech behinds NFTs is obviously closely linked to the cryptocurrency phenomenon. This is also seen the rise of “play to earn” games like Axie Infinity which can see up to $250 a day, or equivalent, by over 1 million active players.

Last, but not least, the monopoly of the big console makers Microsoft and Sony looks set to be considerably weakened by the rise of cross-platform gaming. This goes hand in hand with two of the other trends in this list – cloud gaming and the arrival of the metaverse.

Add to this smart TVs and the arrival of 5G in an increasing number of areas and it seems like the gaming landscape is set to change out of all recognition. With faster speeds it will also mean that ever-more complex games will soon be available across a number of platforms simultaneously.

So, it’s an exciting outlook for gamers everywhere, and 2022 also promises to be a very big year for the games developers too.

Reflecting On The Learning Opportunities In Sports

The ever-growing success of the global iGaming sector