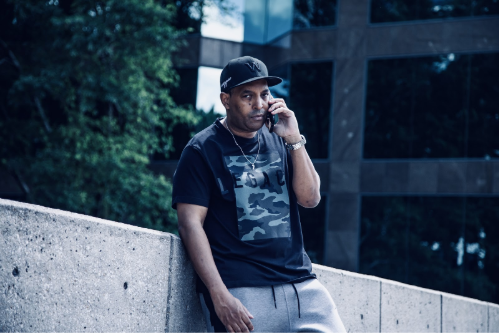 Many aspiring artists are looking to make it in the music industry even though it’s an overly saturated career with stiff competition. So how can they meet the demands of their career while being able to live their life?

Rob Terell, the Official Dealmaker, shares two ways for artists to stay on top. That’s to stay persistent and to stay focused.

“People fail to stay focused on one goal. They get shiny object syndrome and chase 10 different things at once. Master one thing then move onto the next,” he said.

These pieces of advice are based on Rob’s experience as he, too, learned how to keep his head in the game throughout the 25 years he spent in the music industry.

Rob is also recognized as a unique musician, artist, writer, director, and businessman.

Initially, Rob’s career in the music industry started when he worked as an intern in Calliope Studios, New York. Rob was born and raised in New York and is destined for greater things.

Using his skills as a speaker and negotiator, Rob eventually ascended the ranks and held prestigious titles like founder and CEO.

His most recent venture launched last year in the form of Certified PR which caters to the publicity needs of clients from the entertainment industry exclusively.

But Rob didn’t keep his talents to himself and only for his benefit. Instead, he used it to get artists the deal they deserve, thus earning Rob the title of “Official Dealmaker.”

Sealing deals isn’t the only way that Rob helps out music artists. He’s also a brilliant writer who crafts books that could aid new artists in how the industry works.

His first book, “TGIM: Thank God It’s Monday,” was published in 2012. It was followed by “Broke And Famous: The Music Game…” in 2014. His latest book “Level Up” was published in 2017 and continued to serve as an eye-opener for young artists who just entered the hustle.

Now that Rob has done almost everything there is to help artists in the music industry, he’s looking to expand his brand as an actor, musician, songwriter, and businessman.

He’s currently working on a project in the form of a reality television series that revolves around the music industry that he’s greatly familiar with.

Through it all, Rob remains determined and persistent to achieve his goals to make life and career better for him and other artists as well.

How Tyler River Went From Influencer To Music Artist