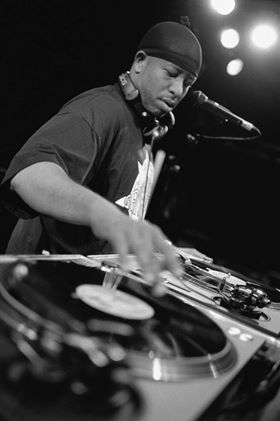 In the photo above is DJ Premier

Forbes has, once again, released the details of the highest-earning DJs in 2019. Evidently, there are some new movers and shakers in the rankings who will definitely breakthrough…

The Docu-style reality series, “The Making of the DJ” follows the top superstar world-class DJ’s, the hottest up and coming DJ’s you need to know about, and the most powerful key players in entertainment, as they make money, and moves. With six-to-seven figure incomes being generated for one night’s work, it’s effortless to see how these world-class DJ’s are earning $10 million-to-$150 million per year.

With a deep-set root in history, the disk jockey has transformed from being the technical operator making seamless transitions on a phonographic piece of equipment, to a popularized trendsetting force making megastars in a crowded space of wannabees.

No longer confined to simply being the average radio announcer, the DJ of the 21st Century is the producer, creator, and hitmaker behind many of the top-charted sounds across the world and the hot new show “The Making of the DJ” captures it all.

At any given moment, you’ll catch glimpses of VIP power-brokers such as DJ Funk Master Flex and DJ Khalid to DJ connoisseurs who paved the way such as executive producer/manager Adrian Miller, co-founder of the very first DJ mixtape distribution company Worldwide Heavyweights impacting the radio DJ, the club DJ, the turntablist DJ, the music producer DJ and the underground DJs making their claim to fame.

“The Making of the DJ” leaves the games at the door and is true authenticity at its best. It reveals the documented details and true experiences, capturing just how these game changers navigate within the industry and maneuver strategically to succeed as the best of the best, in a Bonafide industry where top-ranking world-class DJs steal the hearts of millions of music fans worldwide.

Today’s notable DJ is a continuously increasing popularity in all styles of music, with a natural flair for capturing the crowd, whether it’s by dropping a dope beat in the club, launching the newest trends on the radio or conceptualizing innovative styles that inspire through the music production. “The Making of the DJ” is a behind the scenes experience that inspires and informs, as viewers witness the formula of success, outlining the necessary step-by-step framework and play-by-play methodology to building a DJ empire from scratch.

Tune in and you’re even bound to catch influencers such as Tony Pizarro, one of the top 50 hip-hop producers of all time, memorable for co-writing & producing the hit single “Dear Mama”, contributing to selling over 75 million albums as Tupac Shakur’s producer, songwriter, recording engineer, and mixing engineer, as he makes a quick call to famed and renowned influencers with names that turn heads.

Everyone you need to know pops on the scene at one point or another in “The Making of the DJ”, whether it’s record label executive and marketing/PR great, Spencer Galbreath and artist ThatBoyCrews, or any other multi-million-dollar connection. Every move you need to make is touched upon as viewers peep behind the curtain with backstage access to the day-to-day in the life and world of these mega superstars. It’s unleashed, uncensored and unveiled, delivering a compelling and up close and personal look at the making, the being, and future of these hitmakers. Sit in the studio as they craft the next best hit, drive in the back seat of the limo with them as they pop champagne and celebrate the successes, and grind the grind with the pain, tears, and disappointments they must step over and crush to stay on top and in the game.

“The Making of the DJ” is the money wheel, spinning in real-time.  If you make it there. You make it everywhere.

What is the Definition of Winning For You?