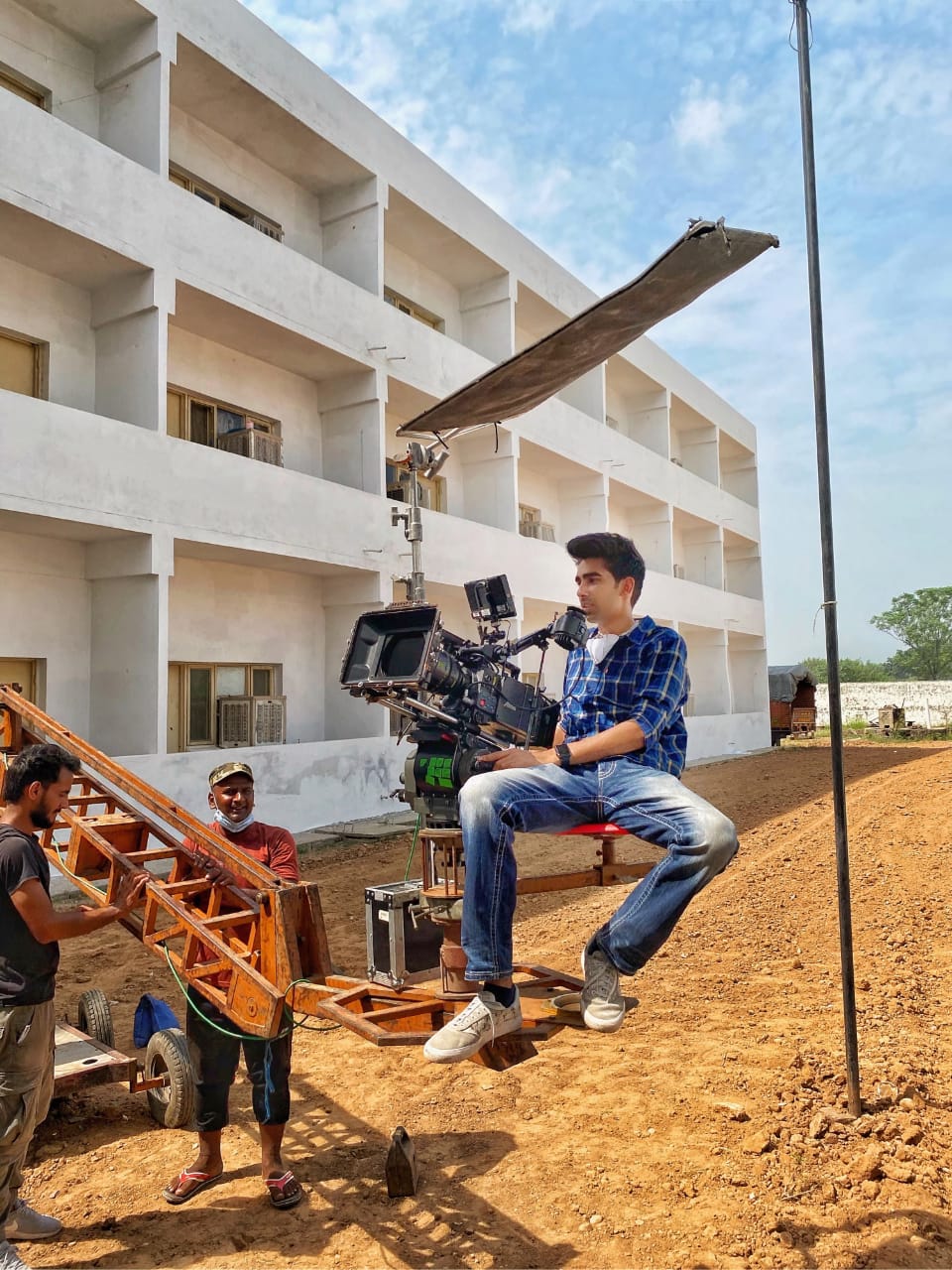 A head full of stories, camera in one hand while the other hand holds on to his brother, a boy, merely 12 walks, leaving a golden trail behind.

A duo of brothers is seen sitting while the video of a discography that has been ruling the billboards plays out on a screen in front of them.

Agam
I always wanted to be a feature film director

Agam Mann, at 12, was mesmerized by stories that a photograph of 8×8 could tell. At 13 he found himself completing an inter-mediatory photography course from the ‘Objectifs Visual Arts Centre’ of Singapore and by 14, he was directing films on his own. Agam first rose to fame with his short film Chandigarh in 4 Minutes, which went on to win two national awards in film festivals held in New Delhi and Goa.
Today, Agam forms one-half of the enviable Agam-Azeem power-duo while Azeem Mann, his brother, forms the other. The duo is credited with the colossal creativity behind the music video directions for some of the most yearned-for and iconic musical sensations of India like Parmish Verma, Neha Kakkar, and Sidhu Moose Wala. Taking the industry by storm, Agam-Azeem has directed over a hundred Hindi and Punjabi, indomitable, music videos for tracks like ‘Mexico Koka’ by Karan Aujla, ‘Shona Shona’ featuring Shehnaaz Gill, Siddharth Shukla & Tony Kakkar, ‘Dhakka’, ‘Sohne Lagde’, ‘Jatti Jeone Morh Wargi’, ‘Poison’ by Sidhu Moose Wala, ‘Khyaal Rakheya Kar’ and ‘Nehu da Viyah’ by Neha Kakkar, ‘Bachalo’ by Akhil, ‘Kabza’, ‘25 Ghante’, ‘Karara Jawaab’ by Dilpreet Dhillon, ‘Till Death’ and ‘Munde Pind De’ by Parmish Verma etcetera.

Agam’s work as the director of Akay’s music video Sek Lain De in 2018 and the two seasons of Rooh Brew, a Sufi music video series remain critically lauded to date however none of this was served to him on a silver platter. “When I first started directing Indie short films, I’d write, direct, shoot, and edit them all on my own” Agam tells us today, encouraging aspiring directors to believe in their passion and work strenuously for it. “It doesn’t really matter what equipment you use or if you have the required budget for it, the only thing that counts is how much you love your work” he advises them.

With all the experience that the duo has gained from directing music videos, Agam-Azeem now find themselves ready to direct their first feature film together which is currently in its writing stage. “I always wanted to be a feature film director” Agam says.

If You Are Looking For An Uplifting Track With A Nostalgic Feel To It, ‘Higher’ By Echolily Is Just The Song For You