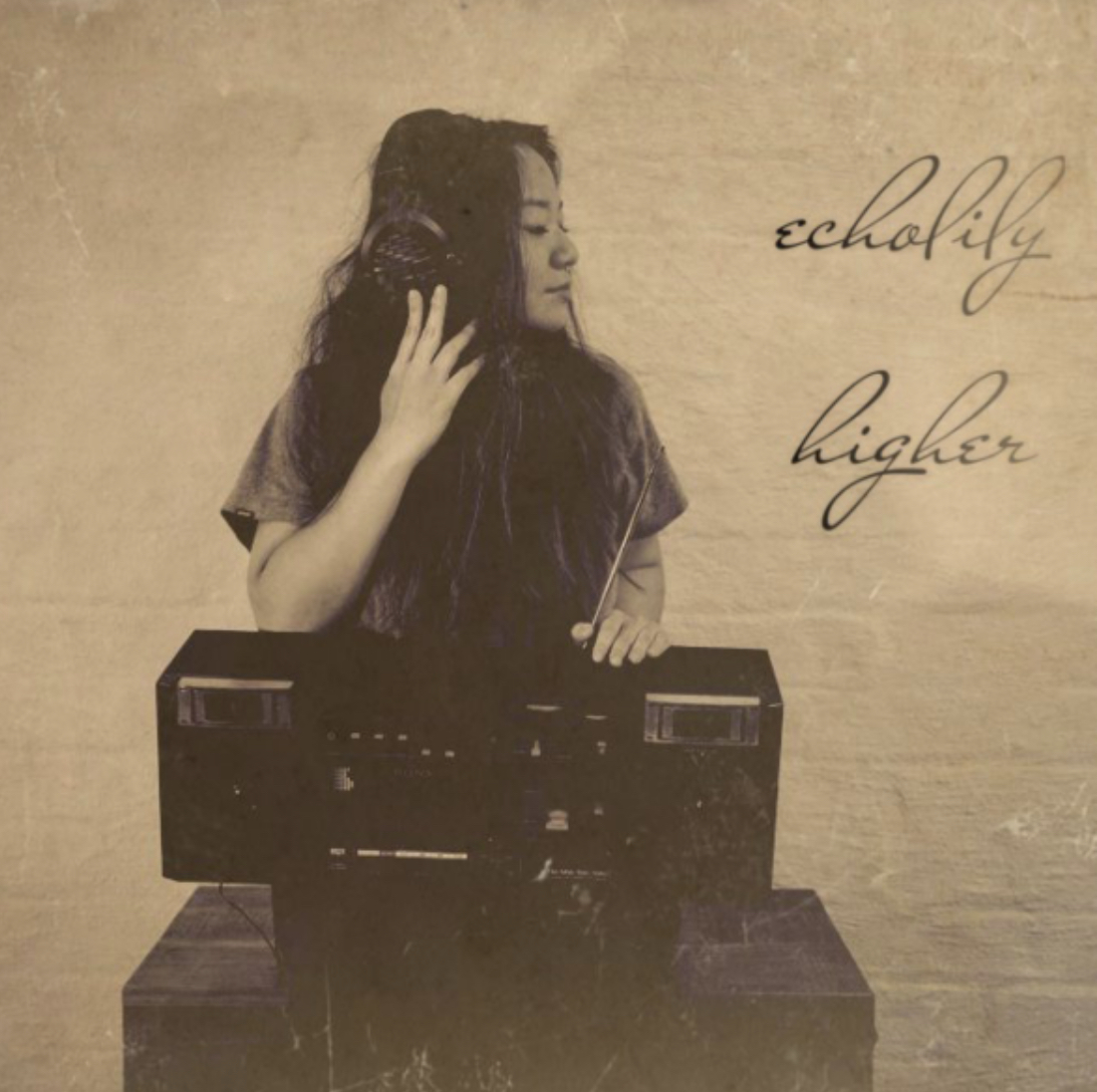 Echolily is an independent artist who makes lofi synth pop music that gravitates towards ’90s nostalgia and downtempo electronica.
With a sonic palette enveloped in dusty, oblique soundscapes and pop sensibilities, Echolily finds herself pivoting around themes of ’90s nostalgia, downtempo electronica and lofi melancholia. Her sound mainly lies in the genres of alt/synth pop and lofi.

Echolily has been writing songs from a young age, though has only spent the past 3 years dwelling in the music production rabbit hole. In a short amount of time, she has built up a fanbase and received notable press mentions from the likes of Amrplify, Around The Sound, Out Now, anrfactory, and NZ Film Freak. She has accumulated 180K streams on Spotify alone and gained 25K followers from all over the world.

Echolily teamed up with acclaimed Australian producer Ivan Khatchoyan on her new song “Higher“. The song is a head rush of trippy 90s nostalgia. In the current world full of uncertainties, this is exactly what we need to be reminded of: all the goodness from the past. From its retro drumbeats to the iconic bass lines and synths, it was produced to emulate the familiar sounds we all love. It also includes a mega choir that is essential for a song named ‘Higher’.

Echolily partnered with Care Australia in a Pre-Save Campaign for her song ‘Higher’ that managed to raise hundreds of dollars for Care Australia’s Covid-19 Crisis Relief for India. The track also went on to garner support from Australian, UK and USA radio stations including SBS, Flow FM and many more.

Echolily is a self-produced artist, but since she is new at production, she still needs a bit of advice with mixing and mastering. When not producing music from her tiny bedroom studio, Echolily works as a full time doctor. A frontliner throughout the pandemic, she finds solace within music and songs she grew up with. Her musical influences include Sia, Bjork, Massive Attack, Portishead and Flight Facilities.

The artist usually starts her songwriting process with an idea; then she writes a chord progression, bass line, beats etc. She draws inspiration from the things around her or the people she meets. She’s looking forward to making more music and plans on releasing a full album sometime by the end of the year. She’s also excited to start performing her original music live.

Social media is the best way for her to connect with people. She prefers the old school way of keeping in touch but she likes to move with the times and acknowledges that social media is a very important platform for her.

To her fans, she’d like to say thanks for listening and hopes they like her new song ‘Higher’ as much they liked her previous songs ‘Under the Clocks’ and ‘Michelle’s Imagination’.

Listen to ‘Higher’ by Echolily on Spotify.

Related Topics:EcholilyHighersynth pop
Up Next

The moving picture with Agam Mann