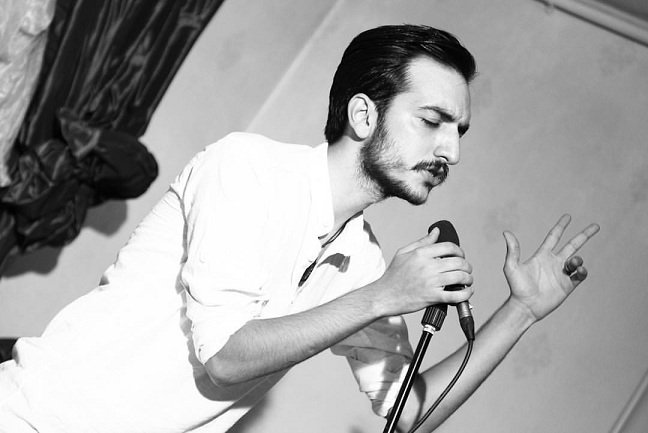 they are many good artists in Iran many good filmmakers like AsgharFarhadiabbasKiarostami and many many good artists that live in liminess in Iran or maybe in the middle east the rock and the hip-hop music are forbidden rock artists can’t make money from their art and can’t make a concert or sell albums and if you do a rock concert without a government license you have to go to jail for that reason, many musicians pick a pop genre for their work and tiny people who work as a rock music artists must of them leave the country.

there is a boy of course, not a boy nor he’s a man now named ArmesNadali or in Farsi آرمس نادعلی

armes started rock music in 2004 when he was 12 years old and he became famous in 2012 for one rock song called hame chi avaz shod he release jadde o to that become hit in Iran with 80 million population many people of Iran don’t know about rock genre but these tracks make armesnadali famous media doesn’t support him and the music mafia in Iran tries to put him down and he decides to do eligible concerts around Iran.

armesnadali started an eligible tour around Iran and he went place to place and he did 64 underground concerts and he risks his life he went to coffee places, parks, malls and in street their fan came for their music and as a result of that concerts became 27 tracks  andarmes  release that 27 tracks in an album called jadde o to and its available on any platforms .

armesnadali  now has fans in Iran but because in Iran Spotify youtube telegram twitter filters and they don’t have any banks related to the world he can’t make money and he has a wife and children.

armesnadali in 2019 when tension between Iran and us was high during that time hashtag world war 3 was trend  Iranian people start a 16 days protest agast government and internet was cut off for 10 days he released a song named Bella ciao to invite people of the world to peace this guy armes made a video for that song that touches the heart of many people.

I hope armes doing well now he hasn’t released a song for two years and he is a multi-task artist armes is an actor singer-producer songwriter.

but armes at that time was in the rock music he made 7 videos and all videos produced by armes he act on those videos and wrote the scrip of those music videos he played some short films too and now he said he gonna release 2 or 5 songs in this year .

this guy armesnadali is a genius but the government of Iran won’t let him do his art and make a piece of music or movie and make money from his art.

Token Skylark Released New Album “A Token Of My Appreciation”