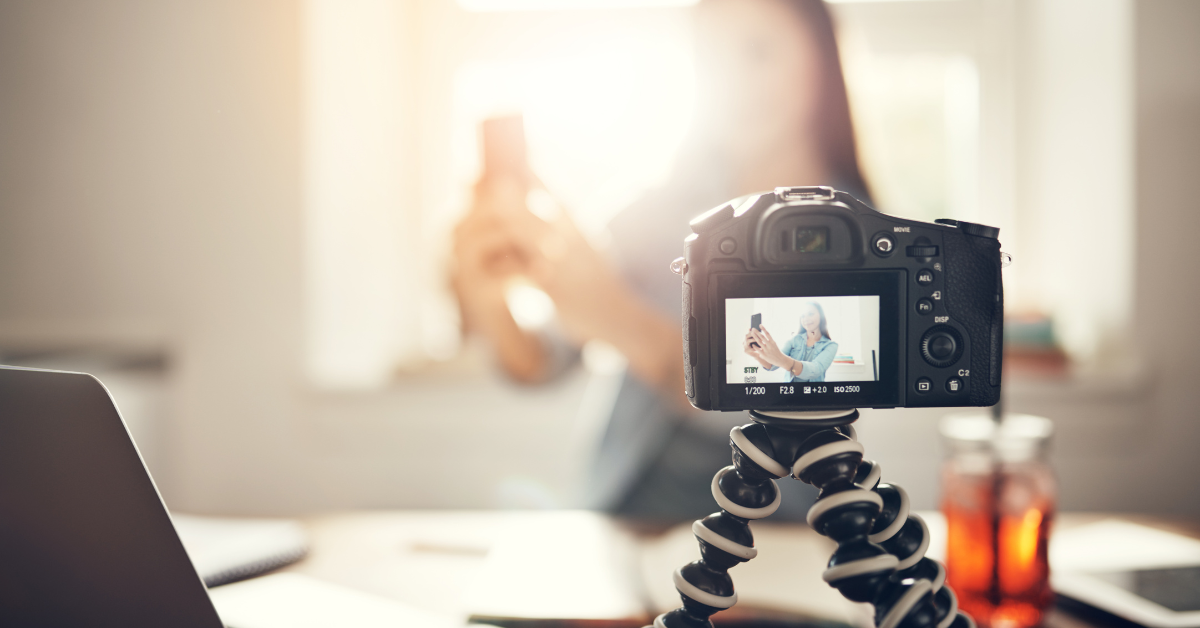 Vlogging refers to a type of blog where all content is in video format. It’s where you create a video of yourself speaking about a particular subject or reviewing a product.

A vlog can be posted anywhere. You just have to know how to create a high-quality video. And whether you’re simply sharing clips with friends or launching an online on-camera career, vlogging tools are important.

If you’re using a smartphone, a time will come when it will not give you the look and control you need. Sure, a smartphone can help you with video recording. But a professional video camera will be better at giving you what you need.

Below are some considerations when buying a vlogging camera:

The best video cameras for vlogging are one-stop shops for video creation. An ideal professional camera is quite a complex proposition. That’s considering that it must have a powerful suite of video options. It must also be portable and straightforward for one person to operate. This gives you a bit of flexibility.

A good vlogging camera could mean a lot of different things. From sophisticated mirrorless systems to palm-sized waterproof action cameras. Here are examples of cameras to go for if you’re a vlogger or intend to become one.

This is a 4k-shooting, vlogging-focused mirrorless camera. The Sony ZV-E10 is heavily based on the company’s existing a6000-series. However, it has more video-focused features and handling compared to its predecessors.

It also has a large record button and zoom rocker, making it easy to control from in front. This utilizes a fully-articulated touchscreen. Its panel can only be used to set focus and not change the settings.

The Sony ZV-E10’s autofocus works very well. It’s particularly good at tracking eyes and faces as they move within the scene. Its vlogging-specific ‘product showcase’ mode gives priority to things held in front of the camera. This ensures that you have smooth and professional-looking videos.

This 4k camcorder is very detailed. Its image quality is very excellent with the 24MP APS-C sensor. The JPEG color is pleasing and there’s a variety of lenses available for any use case.

Sony also added a good internal mic to the ZV-E10. It has a flexible screen and captures in AF modes for excellent AF and image quality. This makes it one of the best video cameras on the market.

This is the best video camera option for those who are new to vlogging. Its size, quality, and cost make it one of the best cameras for vlogging.

This professional video camera is a point-and-shoot. This makes it fantastic for throwing in your pocket and heading out. You can pair this G7X Mark II with the Manfrotto Pixi tripod for an easier hold when vlogging.

This camera comes with a lot of features that are a great option for vloggers.

The Hero 10 Black from GoPro features a powerful new GP2 processor. The processor allows the camera to shoot up to 5.3k 60fps and 4k 120fps videos. This makes it one of the most powerful standalone action cameras.

This camera also features GoPro’s latest built-in stabilization software. The Hypersmooth 4.0 software is a critical feature for vloggers. That’s considering that it renders all footage super smooth and shake-free.

Hero 10 Black’s features make it the best camera for videography. The same features also make it a great option for any sort of vlogging. GoPro boasts of Hero 10 Black’s best-in-class photo and video capabilities.

This includes a ton of different shooting modes and never-miss stabilization tech. This professional video camera is a great solution no matter your type of vlogging.

You’d be forgiven for thinking that Panasonic had the same train of thought as Sony when they launched the G100. Panasonic took the features that performed well and tweaked them to fulfill vloggers’ wish lists. This time around, they did it with a Mirrorless Micro Four Thirds model.

This digital video camera has a mirrorless design that allows the use of a wide range of lenses. It also has an electronic IS and hybrid IS with compatible lenses. Panasonic G100 also has updated autofocus.

The main advantage of this video recording camera is its relatively large sensor and the fact that users can change the lenses. Its interchangeable lens option helps to elevate the camera’s performance. The Micro Four Thirds system can be fleshed out for affordable, high-quality primes.

G100’s kit lens is small and lightweight, which makes it slow to take advantage of the sensor. As such, it’s recommended that you get new lenses. G100’s autofocus is improved compared to the previous Panasonic models. This makes it a great option for vloggers.

Combined with the OZO audio, G100’s camera will track you and keep your audio and video sharp and clean. This professional video camera has all the controls you need. This includes a free-angle touchscreen and various customizable buttons.

Vlogging is about capturing what’s happening around us at any moment. So, how about a camera that’s always on you? Yes! We are talking about the latest smartphone that you just bought.

Specs have gotten insane in the latest smartphones. For instance, there are the 4k 60fps, 8k, three, or more lenses. Smartphones come in handy when capturing a quick video and a lot of people have them.

Some of the features include an App ecosystem that unlocks manual control with ease. They also have affordable accessories compared to traditional cameras.

With smartphones, it doesn’t matter what brand you choose to use. However, the latest phones with the best video cameras include:

Vlogging has become an important part of social media, which can be attributed to the rise of YouTube. We believe one of these cameras will meet your professional needs, whether you intend to get into vlogging or have been at it for a while and looking for an upgrade.

From Creating Sites To Building A Large Tech Project, A Founder’s Story with Maxim Kosykh