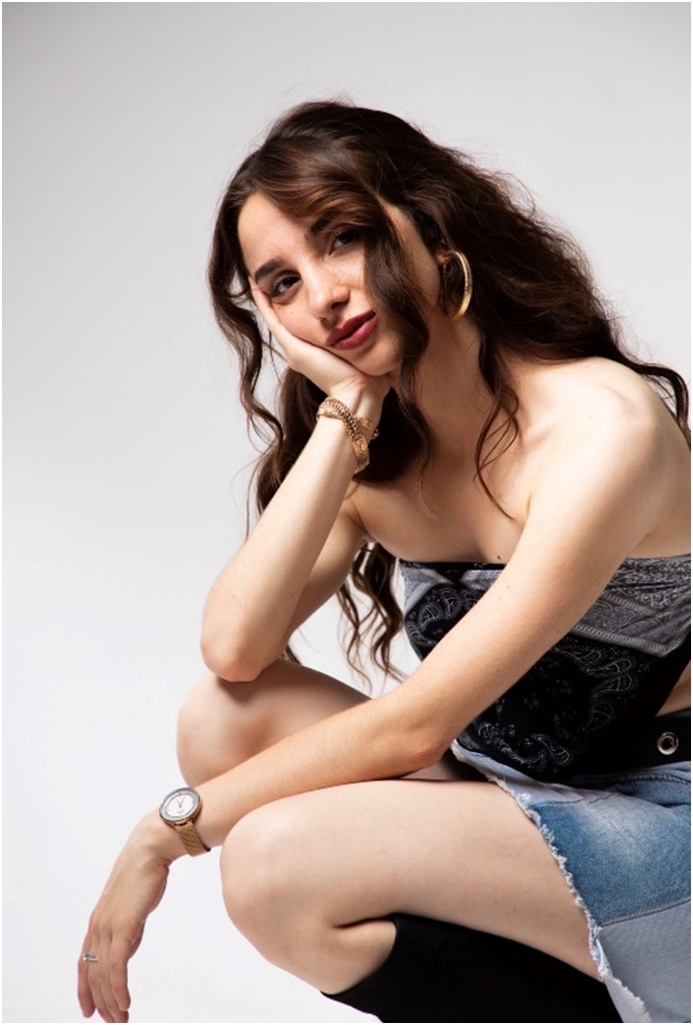 Şahsenem Saphira is a 22-year-old model, entrepreneur, and singer. The multicultural musician has always had a strong interest in arts, particularly music. When she was seventeen, her teachers forced her to give up music due to her exceptional academic performance in core subjects,significantly regarding eloquently writing and abstract thinking. Şahsenem’s parents then withdrew her from the music high school and she decided to continue her academical life.

While studying for her degree, she worked as a model and began to build a portfolio. Later, Şahsenem was featured on the cover of Eighteen magazine.

Nevertheless, she did not stop to make music and released “Jim Carrey” in 2019 in which she is directly criticizing the retrospective historical and political events. Şahsenem’slisteners wrote:

“The beat is great, the harmony of the sound with the beat as well. The subject is far from love and sexuality, like the subject that Vinnie Paz deals with. She is eloquent without hurting any feelings at all!” – LegautForet

After getting attention for her first single, Şahsenem worked on new projects and can be characterized by mixing genres such as alternative Pop,R&BandIndie. Her lyrics are over flowing with profound emotions and explore topics that are meaningful to her audience. She aims to connect with listeners on an individual and personal level.

Şahsenem’s unique sound has been influenced by her eclectic mix of musical tastes including The Weeknd, Aaliyah, Destinys Child, Britney Spears and Kanye West. Her debut album single, “Flaws,” was released in April 2022. The album single has been well-received by her fans and critics alike, with one reviewer stating “She has an incredible voice. The singing style is incredibly attractive. The vocals also have great potential. I would like to listen to some more of your songs…”- Bahar Ö.

Şahsenem’smusic blended with ethereal electronic production, reflect her emotions. Her vocals are at times airy and delicate, while other times powerful and soulful. She aims to write meaningful lyrics that will allow people to explore feelings that are inexplicable.

“I remember the first moment when Şahsenem was a child… she entered the classroom with a mix of elegance, warmth and confidence. Have you ever met people you like to be around because they are irresistible and humble? She was like a magnet and attracted others immediately. I knew that this kid had that something.She would’ve identify a musical tone instantly. Moreover, her vocal performance is characterized by her immense delicate timbre with airy soulful vocals. The way she is mixing head voice and chest voice is dreamy. She was and is extremely mature for her age, listens to everything and to everyone curiously. Although she grew up so fast…I follow her with the same proudness I had from the first day I met her and have great faith in her. Şahsenem’s greatest gift to me… was her success”.

Her surrounding and her teachers claim that she is confident and analytical, but also creative and calm. Music has always been an integral part of Şahsenem’s life. At the age of five, her dad bought her a piano, and eventually, she started writing songs expressing her emotions with notes.Besides that, she is also very selective about the elements she puts into her beats and often removes or adds things until the track reflects the feelings she wants to convey.

“I am very picky with the beat because it is the whole skeleton of the song. There is always an element to add or to remove. I make sure to listen to the beat plenty times in different moods, closing my eyes and making sure that it explains and goes above and beyond the lyrics.” -Şahsenem Saphira

Her upcoming single, “Overseas”, is a nostalgic nod to the 2000s R&B era, compared to her previous masterpiece “Flaws”. She reveals that for “Overseas” even a music video was shot.

Şahsenem’s aim is to create music that moves people, stirs up emotions, and touches their hearts. Her debuts are introspective and lyrically driven with an intensity that pulls the listener into her personal world.

This Tantric Life Coach Is Disrupting The Sexuality & Relationship Space.

Ria Rania; from runway beauty to poetic beast on the beats