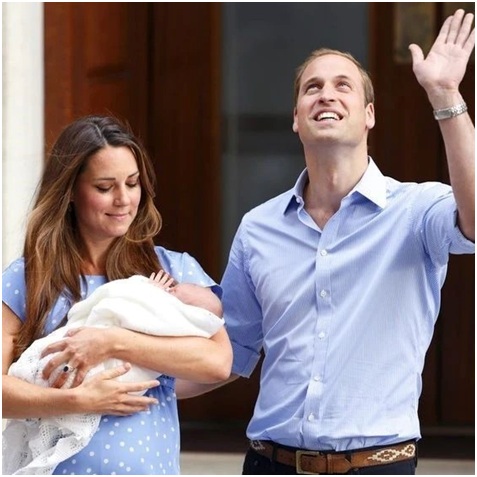 When Prince George was introduced to the world by his father, the polo player enthusiast Prince William, Camila Mejia spotted the belt worn by the prince.

Camila, the owner of Krono Polo, who is originally from Colombia didn’t grow up around royalty, but her clothing company, which manufacture polo equipment but also Argentine style polo belt Prince Harry and Prince William frequently wears has become a brand beloved by multi-millionaires’ polo players and of course by the royals.

Camila was raised in Medellin, the land of Pablo Escobar. She rode horses in the countryside every weekend and was far from living the high life.

A girl living in this part of the world could hardly have predicted becoming an authority in the game of polo she is today, let alone hanging out with royalty.

As a teen, Camila Mejia Posada dreamed of being a renowned fashion designer. She managed to get enough money to fly to England to start studying at Instituto Marangoni, school of fashion design, in central London. She had never travelled anywhere before; UK was her first trip and she got fascinated by this new world she was discovering.

Camila moved to United Kingdom in 2006. After her studies, she started working at Harrods, where she built a strong relationship with the Qatar royal family, owner of Harrods. They took her to a game of Polo to see Sheikha Maitha from Dubai, play a game at Guards during the Queen’s cup tournament.

Camila was immediately hooked. “I just thought this game looked amazing and the crowd was stunning because I love horses and fashion, and polo really puts the two together.”

She started getting polo lesson in UK and she soon travelled to Argentina, the home of polo, where she got the inspiration to create a brand aimed at polo players only, which would be named Krono Polo.

On July 23rd, millions of people around the world watched Kate and William walk outside of St Mary’s hospital and few mentioned the Krono Polo belt William appeared to be wearing.

The polo belt pattern is done with horsehair, it’s a typical Argentine style belt, worn by Gauchos and Polo Players. Camila Mejia Posada got the idea to make more modern styles based on those patterns to make it more cool and more modern, to attract a younger crowd.

A close up of William’s belt he had been wearing while visiting Canada.

The well-worn polo belt Prince William is wearing is from an older collection of Krono Polo. This belt is made in Argentina by skilled artisan who can take 5 hours to make one single belt. “He is not like the nouveau riche who wear their clothes once or twice,” Camila says. “When he likes something, Prince William likes to wear it a lot.”

Camila Mejia Posada has grown more accustomed to talking to celebrity polo players or monarchy over the years. Krono Polo clients have among them some of the best polo players in the world, Adolfo Cambiaso, Jeta Castagnola, Pablo MacDonough who is the ambassador of Richard Mille watches or Nacho Figueras, the model of Ralph Lauren. All wear Krono Polo products at international events.

“Just to be socializing with my customers and the polo crowd, I sometimes have to pinch myself,” Camila says.

She is often seen in London, Miami or Buenos Aires among elite these days, but Camila remembers her Colombian roots, where she goes back yearly to visit her family, polo friends and clients in the Polo Clubs of Medellin and Bogota.