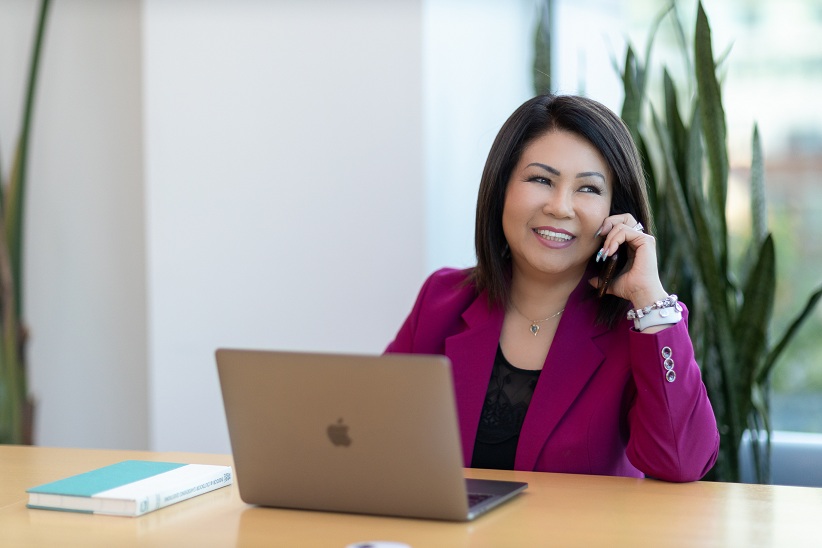 Theresa Szeto is a Chinese-Canadian Wealth Coach, Financial Educator, and International Speaker. She is also the founder and CEO of Axiom-FrontLine Financial Services and has over two decades of experience as a Business Development Consultant and Investment advisor. Her success is paramount, her very presence breathes importance and achievement, yet times weren’t always so simple for Theresa.

Theresa’s journey began in Calgary, Alberta. Amidst losing everything in the 2008 housing crash, her most heartbreaking loss was the passing of both her parents. Theresa lost her investments, closed her Mortgage Brokerage, and went bankrupt with no one to turn to but god. Being the fighter she is, Theresa did everything in her power to stay positive and turn inwards focusing on her own self improvement and found solace in the knowing that this was all a test of strength. A constant saying Theresa continued to repeat to herself was “Every disaster has equal opportunity on the other side”. Through the law of attraction, Theresa manifested just that.

It was 2012 when Theresa decided to take her talents to Vancouver B.C. to begin her fresh start. She always loved the warm B.C. weather and was ready for something new. When the business tycoon first got to vancouver, Theresa spent her time working in multi level marketing in order to pay the bills. As it just wasn’t enough to get by, both Theresa and her brother who was helping her out financially were fed up. It was time for a change, and Theresa was the last person to back down from a challenge.

Theresa found herself back where she began, Insurance. It was American Insurance Life that gave her the fresh start she needed. Bankrupt and unable to pay for her licensing course, it was her new manager who brought Theresa to tears when he pulled out his card and paid for her to take the test. This brought Theresa to tears. When asked about the experience, Theresa explained “When someone gives me an opportunity, I don’t take it lightly.” It was within less than a week that Theresa had regained her license, reignited her passion, and began selling again.

It was 2017 when Theresa’s friend called her to inform her about Combined, a company  that would give Theresa the platform to be a leader and create a team of her own selling insurance. With the momentum gained from previous years, Theresa then incorporated her company Axiom FrontLine Financial Services by 2018. Since then the Founder & CEO hasn’t looked back. She’s achieved financial freedom for herself and has since taught many of her students to do the same. She takes great pride in her coaching and preaches the use of the law of attraction, manifestation, and deep inner work.

Theresa continues to grow her company while inspiring her colleagues with her undeniable work ethic and impenetrable mindset. When asked how she manages to continue pushing herself forward despite outside circumstances and outcomes, she said “We’re surrounded by negativity, and that’s why every day you need to instill positivity into yourself.” Theresa’s story is one that can remind any of us that no matter where you are in life, you can always pull yourself out of it and achieve anything you can imagine. She is a beacon of hope for us all and truly an inspiration to anyone first setting steps in the financial industry.

Lucie Mitchell: A Transformation Coach for Women in Living with Trauma

Brett Coie is an award-winning author, homeschool graduate, and shameless tea addict with a passion for Christian fantasy.