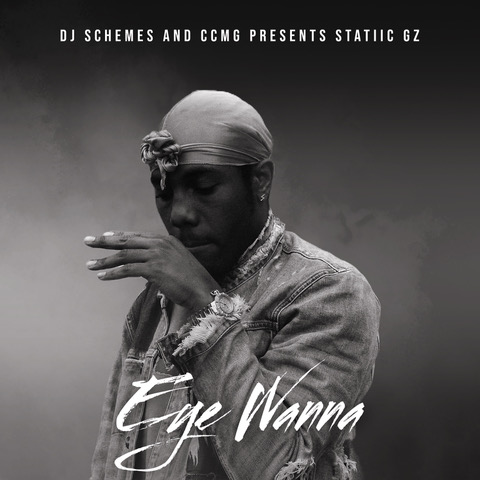 Coming off the momentum of his first single “Throw Away”featuring DMVs recording artist Mawty Maw, which gave a chill melodic Hip Hop / R&B vibe. Schemes wanted to do things differently with a freestyle from Statiic Gz introducing him to the music industry. DJ Schemes is on the No. 1 radio station in DC, 93.9 WKYS and he frequently mixes on Sway in The Morning on Shade 45.

Having 15 years under his belt as a well-known DJ, Schemes spent the last 3 years homing in on becoming a producer. But it seems as if some of that rubbed off on Static Gz, because Static Gz and DJ Schemes are biological siblings. Both had a heavy music influence due to their father being a known DJ in NYC. On top of their Jamaican background having a thing for music is somewhat of destiny for these two goats in the making.

Drill music was introduced in 2010 by Chicago icons Chief Keef, Lil Durk, and G Herbo just to name a few. And it swept the nation making its way to the Big Apple. Adopting the sound but putting their own twist to it NY drill rappers took control. 22Gz, Fivio Foreign, and Pop smoke became the forefront of the drill scene in NYC. Yes, there are others in the NYC area that has made a name for themselves when it comes to Drill music. But none of them are like Gz and he’s here to add his name to the list! This beat scream New York Drill when I hear it. Adding Statiic Gz’s energetic flow, and aggressive lyrics balances everything out.

Static Gz is the newest sound, straight out of NY. Showing off his lyrical wittiness on the “Eye Wanna” freestyle. Statiic Gz is young and confident, and he’s ready to take over the NYC Drill scene. Gz “Eye Wanna” freestyle gives off his unique aggressive tone and shows off his dominant wordplay. Freestyling is a very tough aspect of rapping and is one of the best ways to show off the skill of the MC, and Statiic Gz captivative freestyle stepped up to the plate!

DJ Schemes will be releasing digital audio NFTs in March 2022, featuring some of the best talents on the East Coast.

You don’t want to miss out on this masterpiece. Make sure to go take a listen and keep up with this up next artist!

“Eye Wanna” freestyle is available all on streaming platforms.