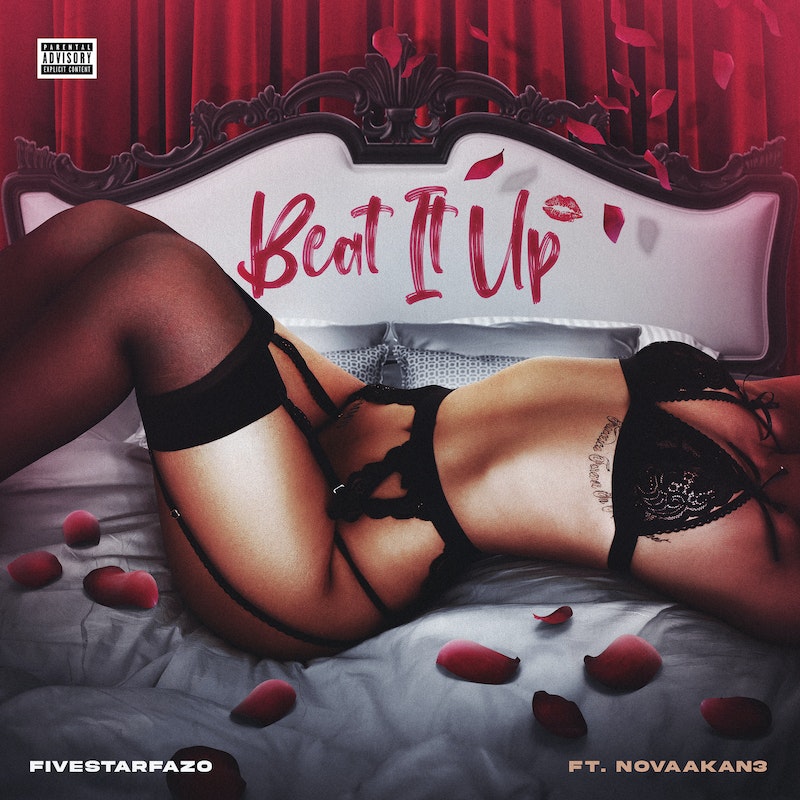 Born in Compton, California, rising artist FiveStarfazo grew up influenced by some of the most eminent artists the west coast had to offer. Being completely captivated by the work of Jacquees, Chris Brown, and Usher it was inevitable that he’d rise to the challenge and create his own wave in the genre of R&B.

Recently Fazo delivered a gleaming new single entitled “Beat It” featuring TikTok star Novaakan3. Production on the track features the artist’s main producer and engineer Marvin Beats.  The alluring track encapsulates the sentiments of a steamy situationship and is unquestionably one that belongs on everyone’s “late night’ playlist.

“Beat It” also serves as a preview of what the melodic artist is gearing up to deliver with his nearing new project “Hold Me Closer”. Though the artist has previously collaborated with other west coast trap’n’b elite’s including Thirty2 and Def Jam’s Bino Rideaux no official tracklist has been announced by the artist just yet.

What is the message behind the song?

Fazo: “The story behind it, it’s is a love song. Basically, about a female who always wanted me to come over every time she called my phone late at night to have sex with her– ever since our first link up.”

Was the song supposed to include featured artists at first, or was it later included? What is the story?

Fazo: “This song did not have any featured artist when it was recorded, but after NovaaKan3 and I linked up in person for the first time, I added him to the song.”

What is your relationship with the producer?

Fazo: “Marvin Beats and I have had a great relationship since we recorded for the first time, and now he’s my main producer and engineer.”

What was so special about the beat that pushed you to record on it?

Fazo:  “The West Coast melodic sound and 808 bass gravitated me to the beat.”

What is your favorite bar/lyric in the song? Does this song belong to a past or future project?

Fazo: “My favorite lyric on the song is, “Every time you call my phone, yeah, you want me to beat it up; I’m switching lanes, and I’m on my way, and I can slow it down when I eat it up.”

Does this song belong to a past or future project?

“This song will be on my future project which is coming up real soon.”

Listen to “Beat It” below.

Meet Eclipse, the Dancer Inspiring Others With His Story

A Look Into Miami ENT’s Domination of Entertainment