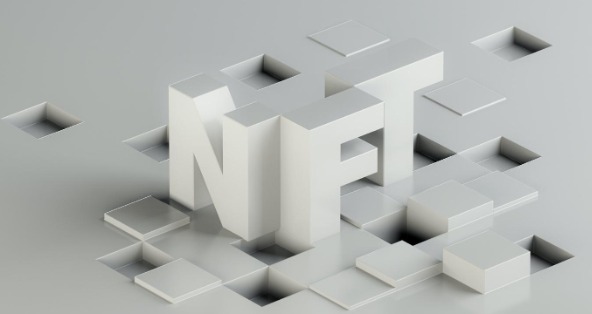 In this article, we have a run-down of the ten most lucrative NFT sales…

The landscape of the investment industry has changed beyond measure in recent years and, sometimes, it can be hard to keep up. Once upon a time, investment meant the stock market, and only those with exceptionally deep pockets had the wherewithal to take part.

These days, there are many different ways to invest your money, some of which require an outlay of only a few pounds. One of the latest investment trends to rapidly gain traction is that of NFTs. While these are increasingly popular, there’s also a dark side which has given rise to a number of NFT litigation cases in recent times.

NFTs, or Non-Fungible Tokens, are a niche type of crypto asset associated with the Ethereum blockchain. Unlike traditional cryptocurrencies, an individual NFT relates to a real-world item.

While these have been largely linked to art, they can also be associated with music, videos, in-game products and virtual trading cards. NFTs can be purchased online, often using cryptocurrency, although other payment formats are available and, they can also be sold the same way.

The way in which NFTs differ from other currencies is that real cash and cryptocurrencies are termed ‘fungible’, meaning that they can be exchanged for one another. NFTs, on the other hand, are non-fungible and, therefore, cannot be exchanged. Once an NFT has been purchased, ownership may be verified through a digital signature. As of May 2022, 20.6 thousand NFTs have been bought and sold.

What are the Benefits of NFTs?

While it might be said that NFTs are a relatively new currency, there have already been some pretty darn impressive success stories and, our 10 favourites are as follows:

When the 91-year-old Star Trek actor decided to auction off items from his 60-year career, he could never have predicted that 125,000 units will be snapped up in just nine minutes. Items sold included headshots, a photograph of Shatner hugging his Star Trek co-star, Leonard Nimoy and, bizarrely, an x ray of his teeth. While it hasn’t been disclosed how much cash was exchanged, we’re sure it was a level at which none had boldly gone before.

Until 2021, the most \ digital artist Mike Winkelmann, known as Beeple,   had ever sold one of his prints for was $100. However, last October Beeple entrusted the auction house, Christies, with one of his works titled, ‘Everydays’. Christies auctioned the piece to an unknown buyer for an eye watering $69 million.

While Beeple cleaned up at auction with his valuable painting, a different kind of art raised $590,0000 in an online auction,  a meme by Chris Torres. An art rendition of a Nyan Cat meme was Torres’ first foray into the world of NFTs,  and an extremely lucrative one too. Chris said, following the auction, “I’m very surprised with the success, but I think I’m mostly glad knowing that I’ve basically opened the door to a whole new meme economy in the crypto world”.

The 135-year-old Glenfiddich whiskey company sold 15 46-year-old bottles of its popular drink, accompanied by an artistic impression of the bottle, for a sobering $18,000 each.

Popular singer songwriter, Grimes, tried her hand at selling assets, including a one-off video named Death of The Old’.  She ended up selling 10 NFTs for a cool $5.8 million, which we can all agree was a none too shabby result for Grimes.

It may seem like Twitter has been around forever but, in reality, the platform actually only launched in March 2006. The first tweet to be sent was penned by Twitter’s CEO, Jack Dorsey and, the NFT for the tweet recently sold for a whopping $3 million which, Jack Says, will be converted to cryptocurrency and then donated to the charity, GiveDirectly. If you’re thinking that this must have been some impressive tweet, you’ll be disappointed.  The exact post read “just setting up my twitter”.

The NBA’s loyal fans are always up for grabbing a bit of merch, whatever format it’s sold in. As, one of its most successful NFTs was a video of LeBron James dunking against the Houston Rockets,  an asset which sold for $387,000.

With over 7000 restaurants worldwide, Taco Bell has most definitely put its stamp on the fast food world. It’s also, more recently marked its territory in the NFT world when it sold a number of its taco-themed gifs. Although it’s not known just how much money the gifs raised, it has been disclosed that they sold out in minutes.

Argentinian designer, Reisinger, made a killing in the NFT world by selling furniture.  But, this is not the kind that you can sit on.  Andres Reisinger designs and sells furniture for use in gaming open worlds such as Decentraland and Minecraft. His biggest NFT success netted him $70,000 for just one piece.

If you’re baffled by the idea of virtual furniture, how about virtual sneakers?  London based game engine company, RTFKT, has leapt onto the NFT bandwagon by selling virtual sneakers for use with online gaming aviators. Incredibly, the virtual sneakers sold for a staggering $10,000 a pair, totaling a profit of $3.1 million for the company in mere minutes.

What Do You Think About NFTs?

While NFTs might still be considered to be in their fledgling stage, they are fast gaining popularity around the world.  Something which is perhaps not all that surprising as our world becomes increasingly digital.

This popularity has, perhaps, been solidified after the UK High Court recognised NFTs in a landmark case in March of this year. During the case, Lavinia Osbourne of Women in Blockchain Talks claimed that two NFT pieces from the Boss Beauties collection had been stolen from her online wallet. The judge agreed and set a new precedent for NFTs to be considered property.

As with any kind of investment, the value of NFTs can go down as well as up.  As such, investors looking to get into NFTs should treat these in the exact same way that they would with any other type of investment, with caution.

Please be advised that this article is for general informational purposes only, and should not be used as a substitute for advice from a trained financial professional. Be sure to consult a financial advisor if you’re seeking advice on NFTs. We are not liable for risks or issues associated with using or acting upon the information on this site.

On Growing Up In The Bronx, Founding An NFT, And How Active Listening Changed His Life, A Founder’s Story with Anthony Mongiello