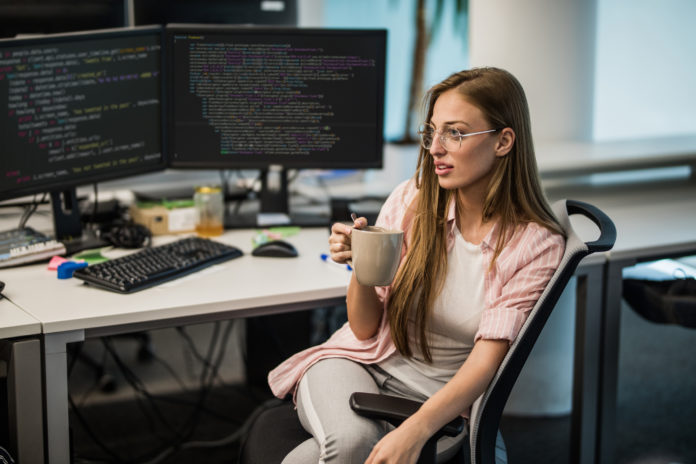 The target of most businesses is to launch websites and web-based apps to draw in the highest possible traffic, users and business and to ensure that the site does not experience any holdups. Node.JS could be the perfect tool for such app development and stands up to others such as React, Python, and PHP. Some of the best-known websites have Node.JS in the backend and deliver superior ease of use that, in turn, draws in visitors and keeps them engaged. You can hire Node.JS developers to come up with apps that will certainly improve business.

A brief word about the Node.JS platform before you read about apps built on this platform. In short, Node.JS is a server-side run time environment based on Google’s V8 JavaScript engine and it combines event loop and low-level IO API. Node.JS performs superbly in real-time web apps using push technology in a two-way connection. Where it really shines is in handling connection requests in a way that reduces the load on system RAM, based on non-blocking I/O calls. This means tens of thousands of users can connect concurrently. It can handle one million concurrent connections and 600000 concurrent WebSocket connections. You have a robust technology stack that translates to superior performance. It is no surprise that Node.JS has been downloaded over 368985988 times. It pays to hire Node.JS developers to come up with apps that leverage the properties of this platform for a variety of applications.

Every other website you see has to chat embedded in it and there are sites dedicated entirely to chats. Engage Node.JS development services for the development of chat apps for superior performance. Chat apps typically permit one-to-one, one to many, and many to many engagements. Node.JS is ideal in such scenarios since it can handle the high traffic that is data-intensive but requires low processing power. The server-side implementation comprises of a GET request handler with a WebSockets server. The client-side has an HTML page with handlers to handle send button and send it to the WebSocket and another to track incoming messages. Messages can be queued and you can facilitate the storage of messages for access offline. Thousands may chat at the same time without the site experiencing any traffic logjams or the server feeling overburdened.

It is not just chatting that Node.JS is capable of. Competent Node.JS development services can come up with full-fledged platforms for remote team collaboration, which, by the way, is becoming standard operating procedure. Think about it. Trello is a great example.

Data streaming is a general term that covers plain data as well as multi-media data in the form of audio and video. Even business websites incorporate live audio-video or recorded video that must be accessible and stream without breaks. Node.JS again is perfect to handle real-time audio/video encoding and proxying between different data sources so that files are processed while being uploaded or downloaded. Even if your site does not store such data streams and must pull it from third-party resources like cloud storage or CDN, Node.js works beautifully to handle such instances. If you are thinking of a website or web app that must have data handling functions (registration of users for example) then hire Node.JS developers: your site will work seamlessly. One of the best-known streaming services, Netflix, uses Node.JS.

Monitoring visitors and their interactions

Websites, especially eCommerce sites, will be registering users and also handle their activities on the site. How do you know about their activity and interactions in real-time? This is important if you wish to push a message or even interact live to draw them down into the sales funnel. Node.JS is tailor-made for such apps. Simply hire Node.JS developers and you will have a site that gives you the real-time status of each visitor and their activities on your site. There are other types of monitoring where Node.JS does equally well such as monitoring users in software as a service environment or in telecommunications or hosting or financial services where you need real-time status, ability to intervene, and reports.

Social media is all the rage. You may want to develop an app and launch it as an independent platform or as an adjunct to your site. In this scenario too you will expect thousands of people to log on and be active concurrently. LinkedIn with 690 million users uses Node.JS as does Twitter and that gives you a good idea of what Node.JS is capable of.

Node.JS fires on all cylinders in powering single-page apps of which Gmail is a prime example. Businesses do need to deploy web-based apps for a variety of functions such as registering users, accepting orders, or displaying the status of products. By using Node.JS the need to refresh the page is obviated since it updates data automatically. Think of a single-page payment system for your convenience and that of your customers. If it is Node.jS based it will be a smooth, fast experience. You can have it as a standalone web app or as part of your overall eCommerce operation. PayPal is one such example that uses Node.JS and it serves 200,000,000 users per day.

The use of IoT is spreading like wildfire as many people make use of it in homes. The next big thing, however, is even more use of Iot in manufacturing and healthcare. If you happen to be in these segments then you will need to hire Node.JS developers to come up with apps that work flawlessly in handling or generating multiple data transactions from a variety of sensors and sources.

Project APIS: Thinking Outside of the Box for the Future of Blockchain

How AI Technology is Providing Solutions to Critical Challenges in Organizations