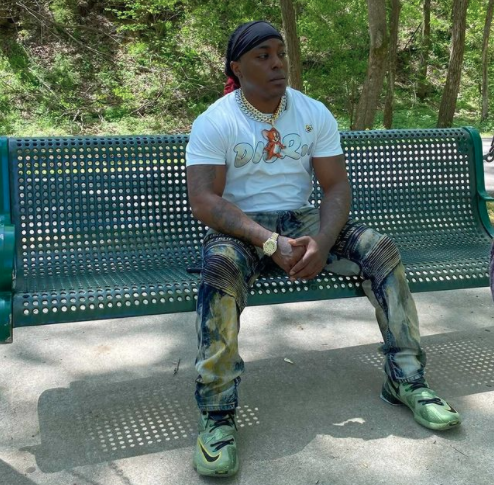 Visionz2turnt is a multi-talented rapper from Washington, DC, who now resides in Tennessee. He’s been rapping since he was eleven years old. This rapper’s success stems from the fact that his songs are emotional, but the lyrics are still significant to his fans. Millions of people around the world have been influenced by the music he has produced. He has a large fan following and subscribers on YouTube.

He was born in 1989 and has always wanted to compose music since he was a teenager. He began writing poetry at a young age, and it was this that shaped him into the rapper he is today. And as he continued his studies, he did not forget about his talent. He tried rapping music with some of the industry’s most well-known rappers.

Got Better With Time

By the time he was getting better at writing music, he had written many songs about the hardships he or someone close to him had experienced in life.

People who see him are unaware that he is the son of a single mother with five children. He lived with his mother until he was sixteen years old. After that, he and his father moved to North Carolina to pursue their studies.

His musical career reached its pinnacle in North Carolina. He is of African American descent and was married for ten years until 2020 when he divorced. He is now 31 years old, but he is still known as The Innocent Soul.

Due to his love of the gym, he stands 5 feet 5 inches tall with a muscular body. Even though he has had run-ins with the law enforcement agencies in the past, life has provided him with opportunities, which he is now seizing.

About His Passion For Music

Many rappers have emerged from all over the world, but western countries, in particular, have produced some of the best rappers in the world, which are not only down-to-earth but also musically talented. Among them, Visionz2turnt is on the top of the list.

His most recent album, “Sedulous,” which means “dedication,” has already been released in the market and has given Visionz2turnt a lot of attention. He is very excited to release this music very soon because he is in love with music.

Via his music, Visionz2turnt aims to change people’s lives. If you listen to his music, you’ll notice that it’s a blend of rap, trap, hip hop, pop, and other genres. He produces music that is strong in terms of sound and lyrical, which is why he is so well-known in the industry and growing his fan base daily.

His goal with music has always been to connect with fans and make their lives better, regardless of their age or gender. People are much more interested in the substance of his music than the music he makes because of the honest lyrics.

There is still a long way to go for this passionate songwriter and rapper. Don’t forget to visit his Instagram page at https://www.instagram.com/visionz2turnt/.