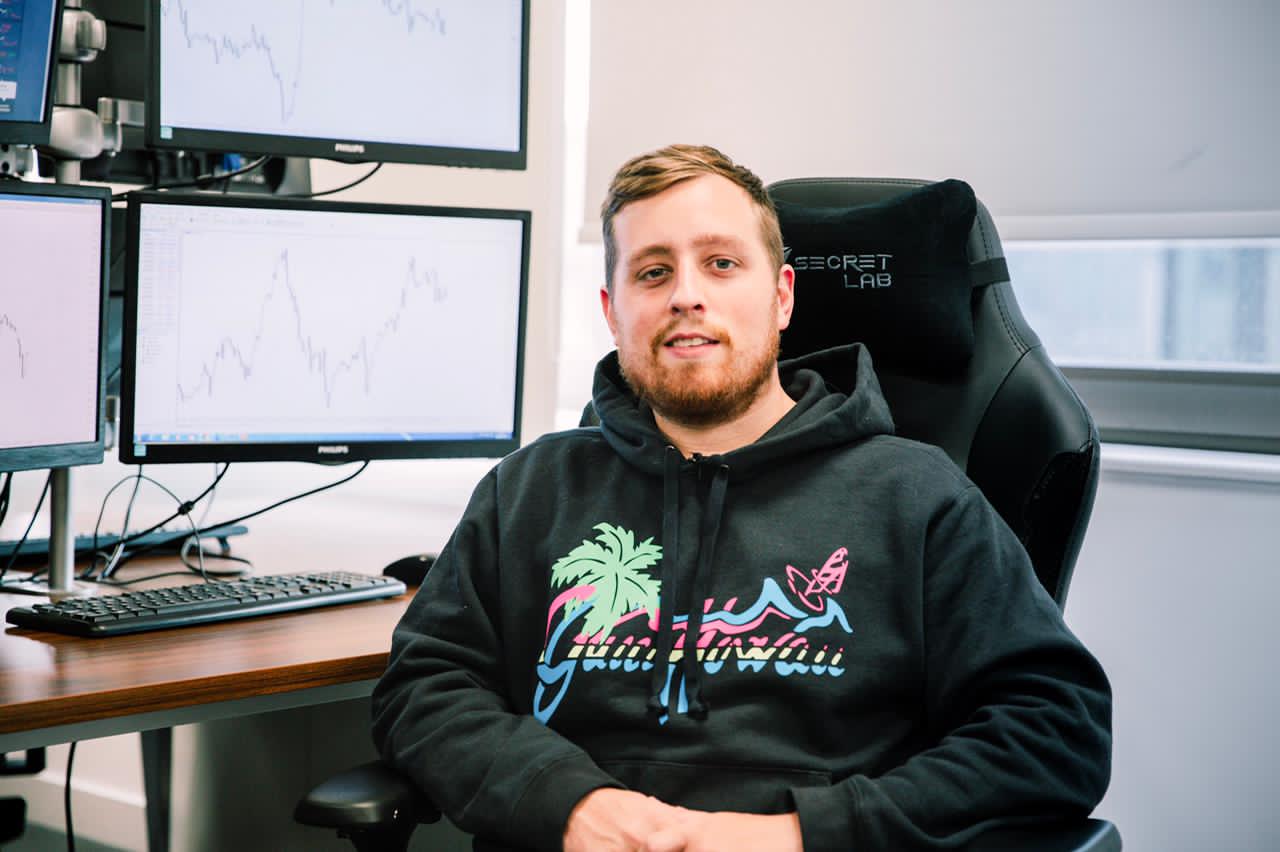 Samuel Leach is one of the most exciting young Stock and Forex Traders and Instagram Influencers out there. In 2020 Business Cloud ranked his company 7th in the Fintech Disruptor Awards, and Quarter 1 of 2021 has shown no let-up for the Entrepreneur, aged only 29.

From a working-class upbringing, this trader has amassed an amazing net worth through his company Samuel and Co Trading, a Real Estate portfolio, personal Forex and Equity trading, sponsorships, and even a book deal with Wiley.

Whilst still at the University of Hertfordshire, studying for a BA(Hons) in Marketing and Advertising, Samuel started his banking career with the premium independent private banking outfit, C Hoare & Co, the oldest family owned private bank in the UK. At the same time, he founded his own company Samuel Leach and Co Trading. Having carefully analysed targeted Forex and stock investments he was able to convert a £2,000 student bursary to £178,000 in only one year through risky trading.

It was at this time the foundations for his trading strategy were laid. These strategies are taught at his numerous online weekly classes. After sitting in a few of these classes with Samuel it’s clear his knowledge of the stock and forex market is well established and very mature for a 29-year-old trader who has clearly made a success for himself. After observing Samuel’s trading strategies it’s clear he uses a turnkey strategy with a mixture of fundamental factors and maximising technical analysis giving himself a strong probability of success with his checklist.

The way he analyses stocks, by searching for certain fundamental factors that highlight whether the stock will drop or rally, is almost unique with only a handful of traders in the Industry taking a similar approach.

Samuel trades long term stocks, which are also known as equities, over a 3-12 month period and in some cases looks at a 40-60% return from a single stock. To diversify his portfoliohe then trades short term foreign exchange, also known as Forex, over a range of strategic time frames such as the 5, 15, and 60 minutes to secure benefits from short term momentum in the market. Overall, Samuel’s strategy is sound and effective, especially over the 60 min time frame.

Samuel and Co Trading have diversified its interests from Forex and Equity trading to include algorithm development and trader training, delivering Continuing Professional Development-standard courses for traders of all levels.

In addition, Samuel is a published author, having written his book‘ The Formula for Success: How to win at life using your own personal algorithm’ in 2019, which outlines his approach to trading. On top of that, he was the subject of ‘The Real Forex Trader’ documentary and is a high profile InstagramInfluencer with an extraordinarily high-volume following.

As an investigative journalist, I have seen my fair share of scammers and fake traders. I was keen to look into the details to see if the claims about this trader really stack up. Care was taken to avoid the numerous fake profiles opened in his nameon social media, so be sure to follow only his blue tick profile. After looking into Samuel Leach further it is clear that he doesn’t come from family money and this is self-generated or self-made depending on your age. After exploring the financials, I can see that Samuel Leach a the age of 29 has amassed over £2 Million worth of real estate including the new offices he recently purchased for his company.

Having monitored Samuel’s trading and his performance via his close friends’ subscriptions on Instagram I have witnessed Samuel purchase over £150,000 worth of stock in 2021 already, verifying this by recording him physically opening the positions via Hargreaves Lansdown stock brokerage, again shared on Instagram Stories. He also shared in his Instagram stories a new buy to let purchase as well, in the London area.

After a 6 month review of following @samuelleach, verified by the blue tick icon, I am pleasantly surprised to actually find a real trader from a banking background, who shows his real trades. I estimate that the stock and forex Trader and Entrepreneur Samuel Leach’s net worth is in the region of £7-7.5 Million, in my conservative calculation. Which for his age, and own self-funding I would say is an incredible achievement.

Ryi Unity Will Be a Top 100 Project in the Crypto Space!