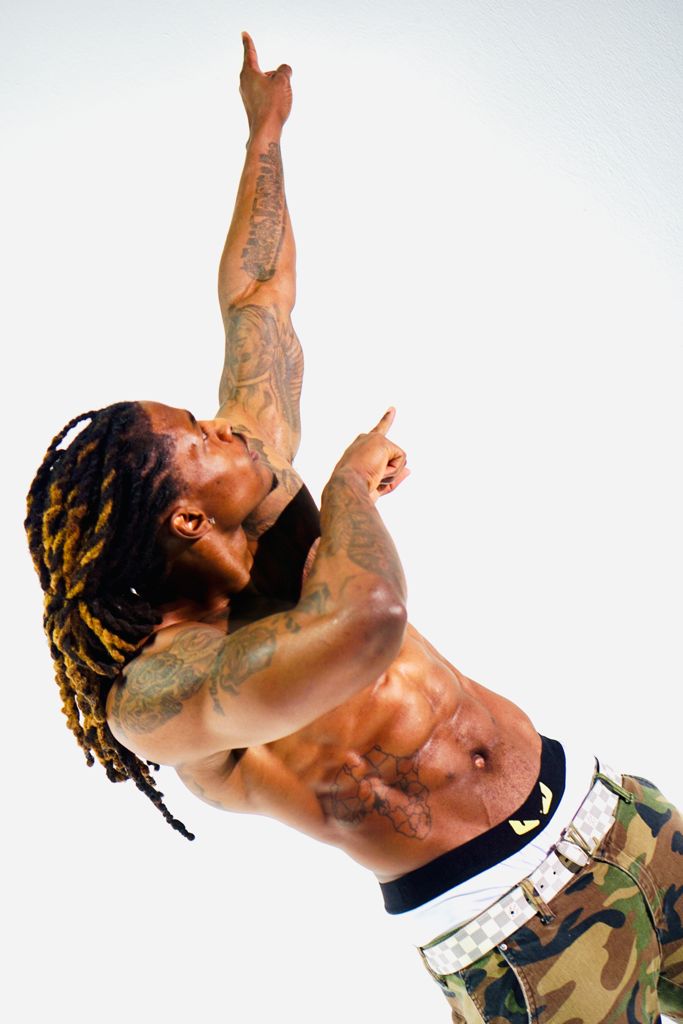 Winning it big in the music industry is nearly impossible…The numbers say so. Statistically speaking, less than 1% of people will successfully build their passion into a business, but 2021 has been a paramount year for the music industry as waves of new artists catapult onto social media platforms like YouTube, Instagram, and TikTok to promote their music.

Stefan Ekobena, better known as Hot Lotto, is an independent artist from Brooklyn Park, Minnesota, who against all odds launched his own music career in 2021 after being behind bars for 5 years. Even after incarceration, Stefan Ekobena accepted the sentence and used the time to hone his skills and master his craft.

In this exclusive interview, I get to share with you Stefan Ekobena’s story on how against all odds he went from being locked behind bars into a successful, independent artist.

Tell us your story and how you’ve started, what made you choose this path.

“My name is Stefan Ekobena, better known as Hot Lotto. I’m an artist born and raised in Brooklyn Park, Minnesota. A second generation American, my parents hailed from Cameroon, West Africa. As a child, I loved playing soccer and listening to music. I would constantly write songs in my notebooks but never got them recorded. After high school, I moved to Washington, DC and attended Howard University with intentions of becoming an attorney. One day, I was walking past a recording studio near my school and the owner convinced me to buy some studio time. I went inside and laid down my first song. At that moment, I learned my purpose in life was to make music.

I began only rapping but over time expanded my talents to include singing, production, and playing guitar. I released my first single “Juiced” which became a regional hit in the DMV (DC, MD, VA). After building a slight buzz, I decided to put my school on hold and move to Atlanta. My momentum continued when Young Thug decided to feature on the remix for my song “Juiced”. I continued to elevate and it seemed everything was in my favor. Unfortunately, my success was short-lived. Mistakes from my past had caught up with me and I was indicted on conspiracy charges related to bank fraud and money laundering. Although it was my first time finding myself in this kind of trouble, the judge played no games and ordered me to serve 5 ½ years in federal prison. At that point, I felt like my dreams were set on fire and it was all over, but little did I know, it was only the beginning.

After my release in May 2020, I walked out of prison with plans to hit the ground running. Instead, I was met with the several challenges including the coronavirus pandemic, the world in protest, and the painful loss of my father. Absolutely nothing was going in my favor and I was against all odds but instead of giving up, I persevered. I locked myself in the studio for days at a time and never stopped recording. I am now working on my EP which I plan to release by the end of Summer. I recently released the first single “Fly Like Goku” which is a tribute to my favorite Anime Dragon Ball Z. The song has received exceptional reviews from my fans and they are excited to hear what comes next. I will maintain this momentum and deliver beyond my fans’ expectations. I am confident, focused, and ready to take over the world. Nothing can stop me. Hot Lotto is the FUTURE.”

What makes you stand out within your industry? Why are you unique?

“I’m able to relate to so many people from different backgrounds. From a prestigious university to a federal prison, I’ve interacted with many different individuals and listened to so many different stories. I’m able to put their perspectives into my music and share their feelings. Whether or not you’re from the Trenches of the Bronx or you’re a rich kid from the suburbs, my music will speak to you. I have a diverse and intricate musical selection. You never know what you’re going to get when you hear my music, but one thing is for sure, you will NOT be disappointed.”

What were the biggest challenges you have faced and how did you overcome them?

“After returning home from prison, I found myself venturing into a completely different industry. The game had changed, the rules were different, and I was lost in the sauce. There were pros and cons to this new industry. I saw it as a blessing for upcoming artists to have the ability to release new music with such ease, but it also backfired on those with great music who end up getting eclipsed by subpar material cluttering the social media platforms. Many artists are under pressure to maintain presence on social media and end up sacrificing their character and the quality of their music. I plan to counter this by staying true to myself and continuing to tell my story rather than following trends and waiting to hop on the next wave.

Did prison harden your resolve to launch your music career?

“While serving my 5-year sentence in federal prison, I taught myself how to play the guitar and piano. Instead of giving up and feeling bad about my past mistakes, I used my time behind bars to elevate my craft. I told myself that it was only the beginning. Everything in life happens for a reason so I had to make the best out of my situation. Had I not gone through that experience, I would possess nowhere near the amount of talent and drive that I have today.”

What piece of advice do you wish someone had given you at the start of your career?

My advice would be to stay true to yourself and create music that you enjoy. Don’t just follow the trends and make music you think people want to hear. Be your own self and do what YOU want to do.

Where can people find you on social media?