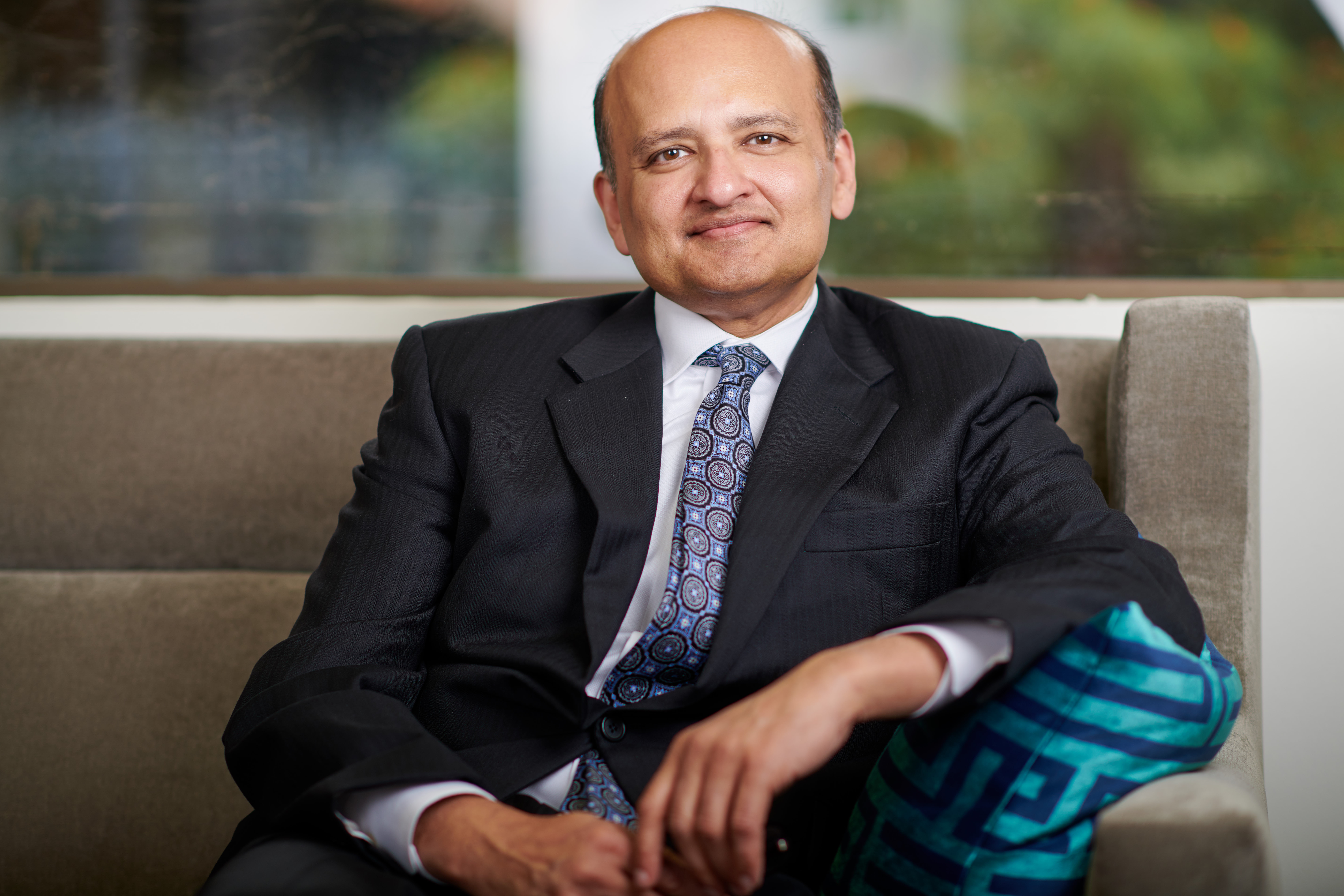 Dr. Amit Kumar is an experienced research scientist, executive, and investor, who has founded, built, run, and invested in several biotechnology enterprises.

Over the last 25 years, Dr. Kumar has either performed or managed research programs in cancer diagnostics and therapeutics. Over the last 20 years, he has helped his private and publicly listed companies raise over $500
Million dollars.

In addition to his commercial activities, Dr. Kumar sits on the National Board of the American
Cancer Society.

Before that, Dr. Kumar was President and CEO of CombiMatrix Corporation (CBMX: NASDAQ), a position he held from 2001 to 2010. CBMX was a cancer and
genetic diagnostic company that Dr. Kumar took public.

I caught with Dr. Kumar last week to hear his journey, understand his impact on the world, and get his best advice for upcoming entrepreneurs on raising funds for their startups.

1) What inspired you to become an entrepreneur in the healthcare industry?

I have been performing research since the age of 18 when I began college. Biotechnology was a very attractive research field because of the impact that could be achieved and the scientifically interesting questions that could be addressed.

2) How is your company making a positive difference in the world?

My current company, Anixa Biosciences (ANIX: NASDAQ), is a relatively new entrant into the biotechnology industry, but we have huge ambitions. We are working with some of the top cancer centers in the world, like the Cleveland Clinic and the Moffitt Cancer Center, to address some of the most common and deadly malignancies. Our most advanced program is a prophylactic vaccine for breast cancer.

Most approaches to address cancer try to treat patients after they have contracted the disease, and the tumor is large and often has spread. Our vaccine approach tries to eliminate the onset of cancer in the first place. We feel that if the cancer cells are destroyed as they arise, they will never have time to gain critical mass and become a tumor. We have developed a strategy to enable a woman’s immune system to destroy these aberrant cells as they arise. We have proven that this strategy works in animals, and recently we received clearance from the US FDA to test this strategy in humans. We hope to begin the trials in the spring of 2021.

Additionally, the US Department of Defense felt this project was compelling enough that they have agreed to fund the Phase 1 trials. We are very excited about beginning this trial. If this strategy works in humans in the same way it worked in animal studies, it could be revolutionary.

Imagine a world where women would just get a shot and never have to worry about breast cancer. The impact on patients would be immense, and the cost savings to our healthcare system would be tremendous. In addition to the public health impact, the value to our shareholders could be immense as well. It is important to understand that regardless of how compelling the animal data is, one can never be guaranteed the same results will be seen in humans. That is why we, the Cleveland Clinic and the US Department of Defense, are keen to begin human testing.

In addition to this vaccine, we are working on several other projects that are equally as compelling and game-changing should they work in human clinical trials.

3) What does it mean to you to have a purpose-driven company?

As a business leader, my focus is on shareholder return. However, achieving shareholder return for Anixa is to create and develop technologies that save lives. So the dual mandate of impact along with economic value is very personally satisfying.

4) As an expert in infectious diseases who played a pivotal role in leading an effort to combat the SARS virus, what can you tell us about the future of pandemics, and how can we be better prepared for the next one?

My experience with infectious diseases and potential pandemics began in 2003 when the original SARS virus emerged in Asia. After that virus eventually faded, many scientists and I were concerned about other emerging infectious agents. Infectious agents have been with us since before humans evolved, and they will remain with us into the future. Sometimes new deadly agents will emerge and cause tremendous damage to society. Recent agents include HIV, Ebola, SARS, MERS, and currently SARS-CoV-2. It is impossible to predict when new agents will emerge, but we should know that they will.

Luckily, our technological capabilities like sequencing, high-performance computing, etc., have advanced and will continue to advance. That being said, viruses and bacteria adapt and can become highly infectious and highly pathogenic. In fact, we see that occur right now.

The SARS-CoV-2 virus is mutating and evolving. It is adapting to humanity with the new variants that have been seen in the UK, South Africa, and other places. Hopefully, we can keep this virus in check.

In addition to addressing these emerging infectious agents once they spread throughout the world, it would be great if we had a worldwide monitoring system that could help us isolate emerging agents. After the 2003-2004 SARS event, I proposed a worldwide system to monitor infectious agents as they arise. I made these proposals to various members of the US Senate and House. Unfortunately, the proposal required very close cooperation between countries, which appears to be unachievable, even today.

Just like cancer begins in one localized point in a body and then spreads, and an emerging infectious agent appears in a limited geographic region and then spreads when hosts (humans) carry it throughout the world. If we had a method to identify and isolate the agent as soon as it emerged, we could keep it from spreading and turning into a pandemic. We have the technology to do that today, but it’s not clear if humanity has the will to do this.  If we had a system like this in place, we could have isolated the SARS-CoV-2 virus in Wuhan before it got out.

Regardless of what we do, nobody should be surprised when a new agent arises.  Hopefully, it will not be too deadly and can be easily addressed.

5) You’ve taken a company public, sat on several public company boards, and raised over $500 MM for your companies. What are your top 3 fundraising tips for both future and current entrepreneurs who may be looking to the edge they need to get funding for their company this year?

1) Articulate a simple story. Most new businesses are built upon new and complex technologies. A key skill for an entrepreneur is to be able to describe something complex in a simple manner. It’s a bit of a cliche, but a good elevator pitch is absolutely necessary.

Investors are busy, and if it takes them too long to understand, they will lose patience and move on to the next opportunity. Investors will also be concerned that they are backing someone who cannot articulate a simple story to the next round of investors.

Eventually, at successive meetings, you want to get into the details and show how your business will work, but to get the second meeting, you have to impress on the first.

2)  Really understand your competition. As an investor, I have made investments in clean energy businesses. As an example, I have heard many pitches on solar energy. Amazingly, most of these entrepreneurs think their competition is comprised of other solar companies when the real competition is fossil fuels.

3)  Have a strong team where everyone understands the strategy and articulates the same story. An investor will lose confidence in the team if they are articulating the strategy differently.

Shawn Sharma on Thinking Before You Swipe

Meet Rory Douglas, a Financial Educator and high-performance life coach who is transforming people’s lives for the better.