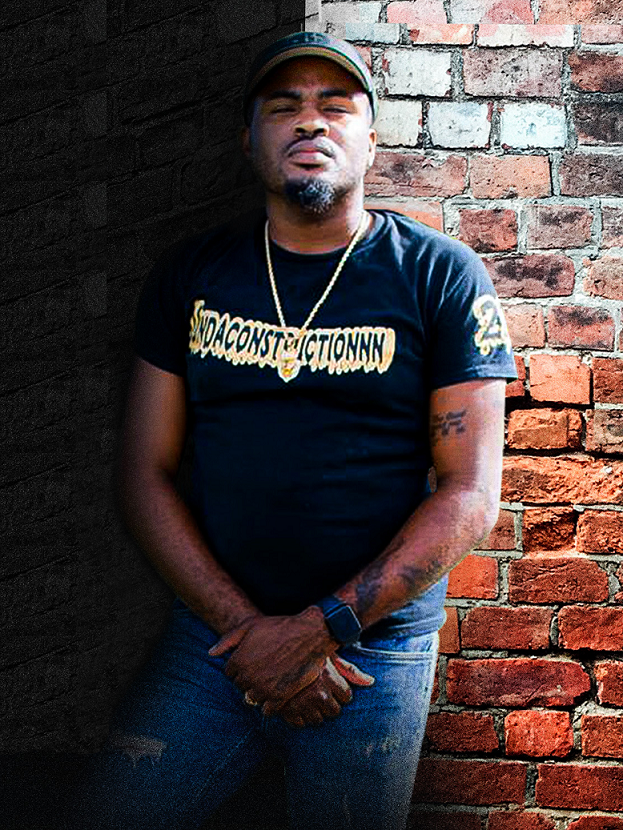 “There is no such thing as perfect security, only varying levels of insecurity,” said the wise words of American-British novelist, Salman Rushdie. Correspondingly, the same sentiments are shared by upcoming dancehall artist Dins Lynch, better known as Undaconstructionnn. The Jamaican-born, Brooklyn-based artiste, who holds 5 academic degrees from various institutions, is on the verge of realizing another lifelong dream after a period of struggles with diffidence.Undaconstructionnn who recognizes Shaneil Muir as a significant inspiration in his music journey, vows to use his talent to positively stimulate the impressionable minds in society and help them to activate the best versions of themselves.

“Perfection is a myth. I will tell anybody this. Don’t strive to become perfect. Be humble enough to accept the things you cannot change; ask for courage to change the things you can, and the wisdom to guide the decisions you make. You will always be a work in progress. Just make sure you learn from your mistakes. I battled with insecurity problems for a long time, but now I am here doing what I once feared the most. This is the type of message that I will promote in my music. You can do it, you can change, you can elevate, just do it,” Undaconstructionnn told Disrupt Magazine

During his musical journey, Undaconstructionnn feels he has learned ethics from musical greats that have helped shape him into the musician he is today. He proudly identifies with characteristics of musicians such as the likes of Ray Charles and Michael Jackson, both of which have extensive documented histories as it relates to the issues of self-worth, self-esteem, and fear. In a sit-down with Disrupt Magazine, Undaconstructionnn illustrated the attributes that he embodied from inspiration and admiration of established artists before him

“I grew up listening to Michael Bolton, Monica, Michael Jackson, Sean Combs, and Ray Charles, just to name a few. In dancehall, I listen to Shaneil Muir, Skeng, Jada Kingdom, Vybz Kartel & others. From then until now the music I listen to influences my appreciation for it. I look up to these artists because I feel as though their music is authentic and pure. They talk about things I can relate to and that’s exactly what I will express through my music; the relatable truth”, he shared.

Through his first official single release entitled ‘Crown’ in September 2022, Undaconstructionnn placed his musical idealism into motion by echoing lyrics, melodies and phrases that are in sync with his values and dogma. The music video for the single has garnered over 33,000 streams on Youtube to date and has been supplemented by consistent rotation on several radio stations and TV channels in Jamaica. Basking in the success of his premier single, Undaconstructionnn shares his gratitude for the overwhelming positive feedback and promises to continue releasing music that is aligned with his path of self-improvement.

“The support has been good, very good, and this shows that there is a market out there for this type of music. I studied the industry and saw that it was oversaturated with music that promoted all manner of negativity. I wanted to provide a balance in dancehall. I wanted to fill the void and create music that inspires upliftment and like the song ‘Crown’ says ”I’m going to motivate you until you show your worth”, he said with a smile.

Jasmyn Buckingham is the Solution to Breaking Into the Music Industry