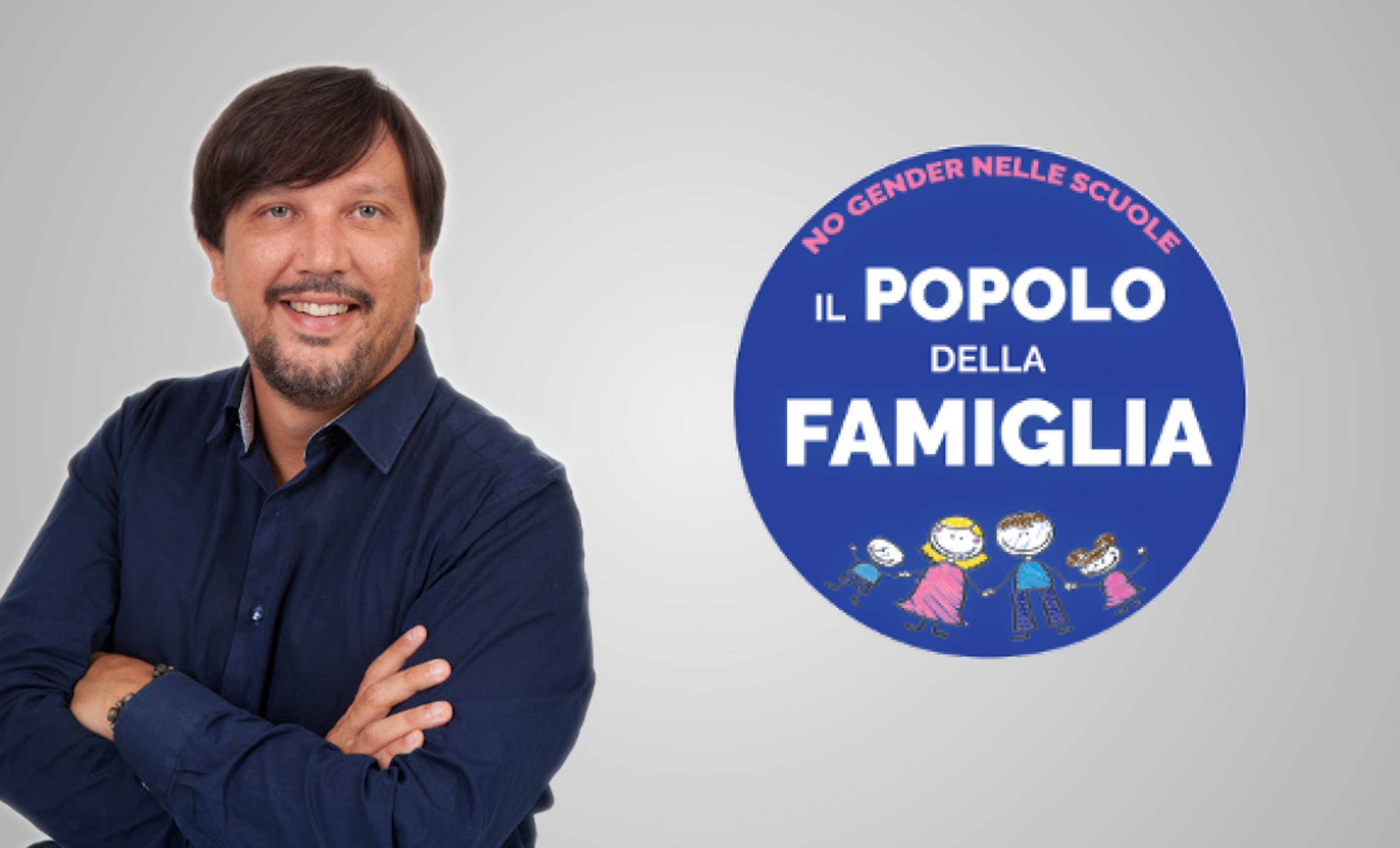 INT: We are pleased to interview Mirko De Carli, one of the leaders in the Popolo Della Famiglia, political italian party.

MDC: Good morning to you and thank you for having me.

INT: Thanks to you, Mr De Carli. Can you explain to us, your Party’s position about the conflict’s escalation, we are dramatically experiencing, specially in this period?

MDC: Well, may i could sound brutal, but i think that our future on this planet, exposed as it is to the risk of nuclear annihilation, depends on only one factor: humanity must bring about a moral upheaval. In the current historical moment there must be a general mobilization of all men and women of good will. “Humanity is called to take a further step forward, a step towards civilization and wisdom” said St. John Paul II when he met scientists and representatives of the UN University in Hiroshima on February 25, 1981. These are words full of truth and topicality that induce a Christian engaged in public life not to be able to resign himself to finding the only way to peace in the continuous sending of weapons and money to a party involved in the conflict. The lesson of the great liberation movements in the Union of Soviet Socialist Republics, marked by a dissent animated by a testimony not “dirty” by the extent with which the Western world today values everything (the god of money and the god of war), is no longer source of inspiration, and the ideological narratives which dominate is to see in the sole use of force the prerogative for the capitulation of the enemy. All this happens without even realizing that this could lead to the capitulation of humanity itself with the risk of a nuclear war ever more upon us.

Reagan and Gorbachev agreed that “a nuclear war could not be won and therefore should never be fought”: the force of this thought gave legs and arms to the final push for the definitive fall of the “Iron Curtain” and the collapse of the USSR . Unfortunately, those days of celebration, that saw the wounds of the Cold War overcome, were not able to understand that the cancer of war as an instrument of death for all humanity had not been definitively eradicated: nuclear disarmament had not been achieved.

“Do not go from the slavery of the communist regime to that of consumerism…consumerism is another form of materialism which, even without rejecting God in words, actually denies him, excluding him from life” St. John Paul II always said to young people Ukrainians (not surprisingly, I would say) on June 27, 2001. The freedom conquered after the rubble of Soviet domination cannot find its fulfillment in embracing a new ideology such as the consumerist-gloabalist one served up by the decadent Western world: meeting is needed with a freedom that is the exaltation of the human and not his slavery to any worldly power.

The Plastic People concerts, in fact, are censored and forbidden to the public, forcing the band to organize clandestine concerts. Their music is a clear act of dissent against the regime. For this in 1976, a political trial was started against the band. Havel takes to heart the fate of these young people who have decided to live in the truth and draws the attention of Western public opinion to the matter. At the same juncture, Havel founded the Czechoslovakian dissident movement Charta 77, the first organized opposition that would undermine the foundations of the regime. A petition and collective cultural action followed that will lead to the release of the band members. The story of the Plastic People awakened consciences, because music for all was a symbol of human freedom and because no regime could silence the voice of Being (cit. “On dissidence and responsibility”, About Vàclav Havel for Il Pensiero Storico – International journal of the history of ideas). This spirit, this way of acting can be the only proposal that Christians engaged in public life can be called to promote as a figure of their commitment to peace outside of a dramatic civil war between two autarchic governments such as the Ukrainian and Russian one. : the only support of a West aware of its own Greco-Roman-Judeo-Christian roots can only be a dissident thought and action animated by words and testimony and not weapons and money.

For this we pray on this Sunday of suffering for the communities tormented by the conflict, for all those affected by the drama of the fire of the bombs and we pray out to the leaders of the most powerful nations in the world to be able to re-embrace the doctrine of nuclear disarmament and relaunch the prayer of St. John Paul II during the second war in Iraq: no more war.

INT: Thank you very much, Mr. De Carli, for your time.

MDC: Thanks to you, it was a pleasure.

Il Popolo Della famiglia (ilpopolodellafamiglia.it) is a Christian-inspired political party, also open to non-believers and other religious confessions who share its program in defense of “non-negotiable” values: the right to life, the centrality of the family as the first natural community based on marriage, the right of children to have a father and a mother; the dignity of the person, of work and subsidiarity.

The Christian faith, in addition to being an individual spiritual choice, is the foundation of the Italian and European historical and cultural identity and the family (its history, rights and duties) is the key to the political responses and recipes of the People of the Family.

The People of the Family intends to build a great “popular resistance” in Italy against liberticidal laws, contrary to natural law, such as gay adoptions, egalitarian marriages, gender in schools, the liberalization of any drugs, euthanasia, etc.

Il Popolo della Famiglia aims to overcome the old right-left schemes and nineteenth-century ideologies, no longer able to represent the aspirations of peoples. Today the real battle is between false and true, good and evil, the culture of life and the culture of death; in short, between the anthropological vision of those who transform the person into a thing and those who continue to consider the person the custodian of an intangible dignity from the moment of conception until natural death. It is no coincidence that one in two Italians does not vote, we have 24% of the unemployed, seven million depressed, the consumption of drugs is increasing and people are increasingly lonely (eight million singles). A total civilization political alternative must be offered.

Mirko De is Carli was born in Ravenna on 02/06/1984. Is an insurance intermediary, a Municipal Councilor in Riolo Terme (Ra) and National Councilor ANCI (national association of municipalities of Italy).